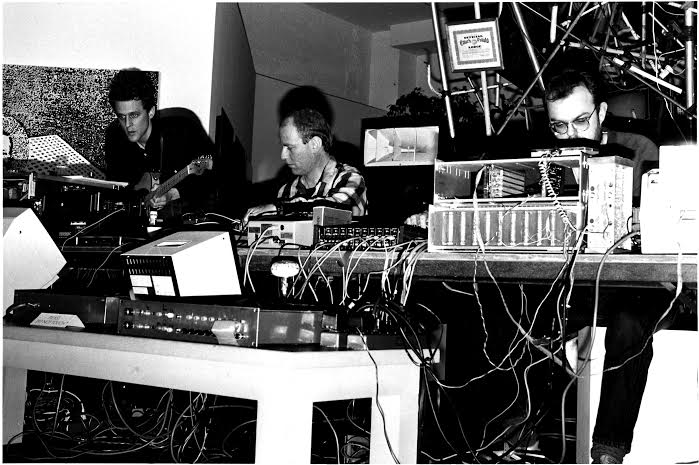 The computer is a ubiquitous component in today’s music studios and on stage. Using sound, text and image, the new collaboration between Glasgow-based artist film-maker Luke Fowler (b. 1978) and Sheffield-based multidisciplinary artist Mark Fell (b. 1966) examines the development of early computer music languages that have been obscured by more commercially viable options.

Drawing on archival research, this exhibition looks at how the use of computers began to shape music-making through experimentation with unfamiliar methods that involve sound transforming algorithms, chance operations and tuning systems – all buried deep in the fabric of today’s electronic music.

Focussing on two historic computer music languages that emerged in the 1980s, the display considers how technical systems and aesthetic vocabularies are intertwined. At the core of these new languages was the idea of developing affordable digital tools that enabled composers to experiment freely and to customise their software – alongside the creation of new sound material anchored on everyday experiences.

The Composers Desktop Project (CDP) was developed by Trevor Wishart, Archer (Tom) Endrich, Richard Dobson, and later Richard Orton in York, UK. Working on a cooperative basis, its aim was to democratise and disseminate new computer tools for sound design, and a ‘detailed and flexible access to the inner features of sounds’.

A discussion with artist Mark Fell on the history of computer music and its associated ideologies, aesthetics and communities. With Georgina Born, Professor of Music and Anthropology at University of Oxford and artist and musician Jan Hendrikse. (from the press release)