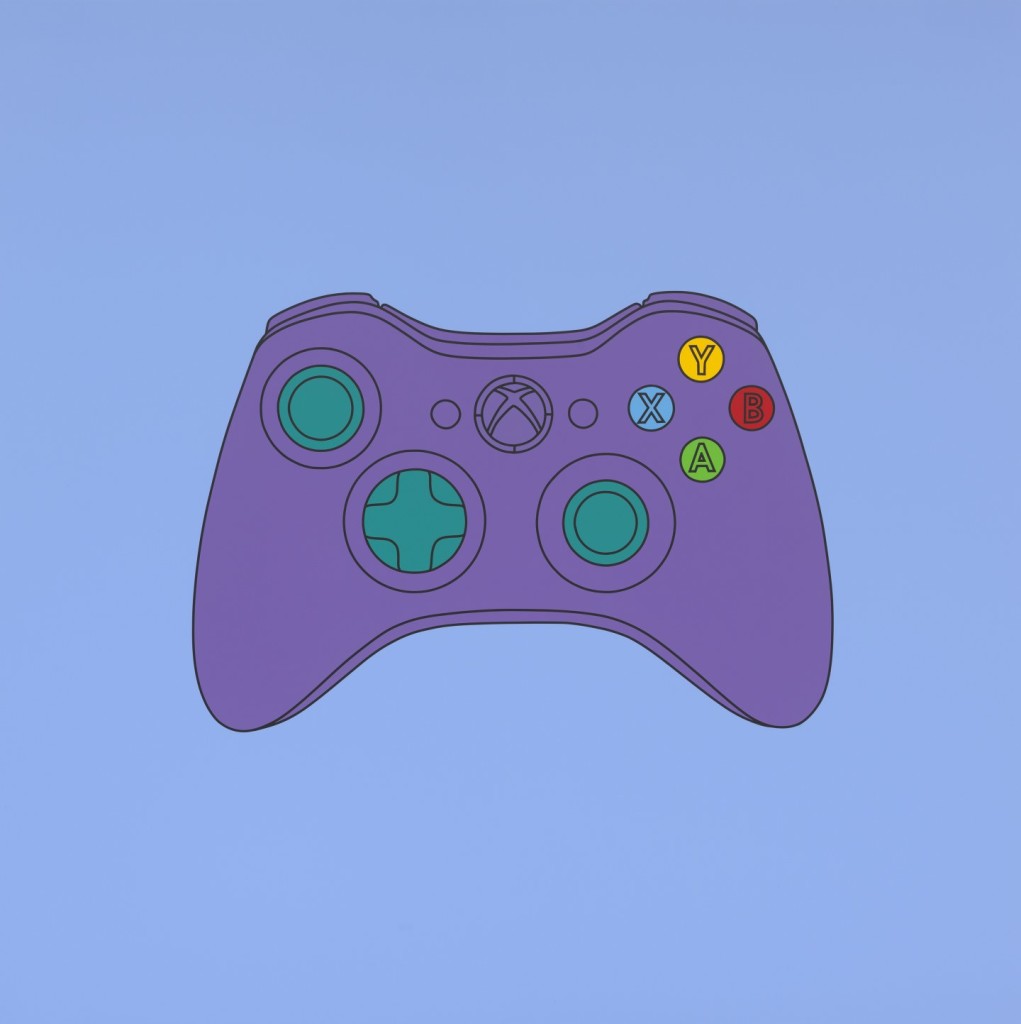 The Serpentine Gallery in London dedicates a retrospective to the English artist Michael Craig-Martin (1941), mentor of the Young British Artists generation. Michael Craig – Martin’s passion and talent for drawing everyday objects has guided his creativity towards seeking to explore the relationship between form and function, which acquired particular interest with the advent – and the subsequent predominance – of information technology. The number of objects grows, surrounds us, goes to work on us as individuals and on our approach to constructing new social structures. Craig-Martin read Marshall McLuhan’s Understanding Media just after it was published in 1964. His vision of the impact of technology on society has now joined the realm of literature, but at the time it was beyond the grasp of the reader, obscure, inconceivable and light years away from being considered a potential reality. The artist portrayed this through the [natural] selection of objects, chosen for their significance in his everyday existence. 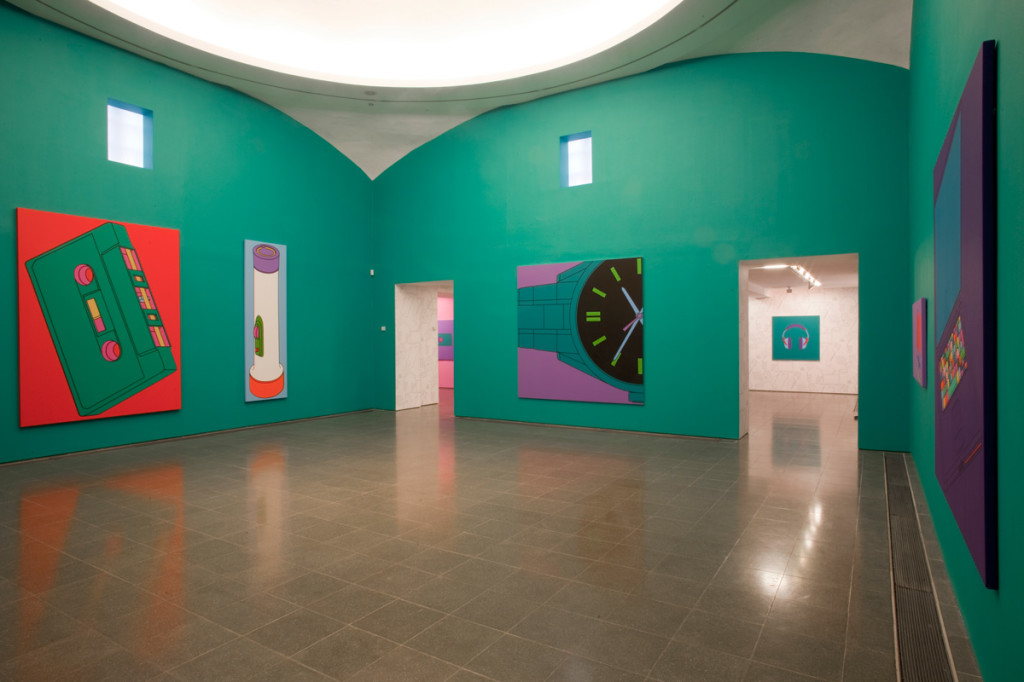 The current exhibition features works ranging from 1981 (the year in which Apple first made the computer an accessible tool) to 2015. Over this period of time, Craig-Martin has ceaselessly and consistently pursued his research and his interest in objects and the relationship they present between form and function. It is these objects that become increasingly technological, testifying to a veritable sea-change, an epoch-defining shift. Cassettes and black and white TVs were gradually being replaced by laptops, games consoles and the whole gamut of everyday technological and digital existence. 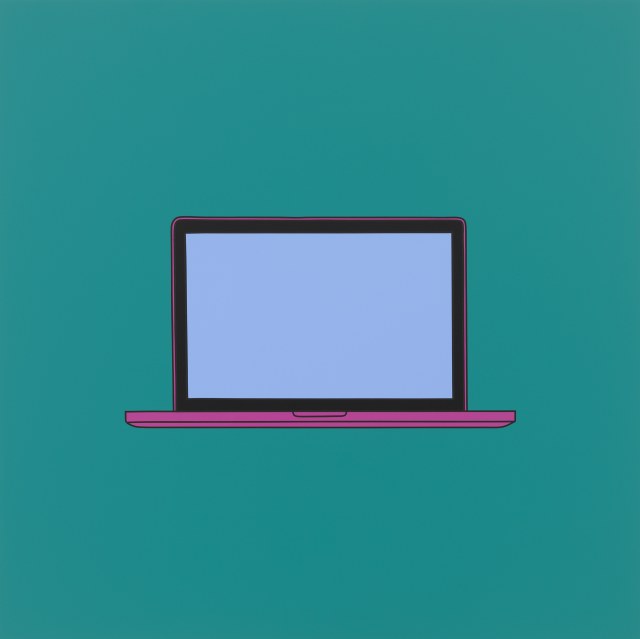 Not only does the shift regard the swelling numbers of technological objects stepping in to replace their analogue predecessors, but also the way in which they are devised and designed, with an approach in which form is no longer conceived with function in mind.

I realised that the new objects of the world were increasingly similar to each other, in spite of their function. The objects I started with when I was drawing were objects that tended to be a visualization form follows function – of the function of the object. (Craig-Martin, catalogue of the show).

The growing interconnection between devices can also be seen through the loss of the specific functionality design transmits to users. There is more. Craig-Martin’s objects are also the tools he works with every day, so they illustrate how technological function has replaced analogue as regards the technical means of production. These means also necessarily impact the mentality of creative thought, the stage that precedes the end product. Even his wallpapers, which he once produced by hand and installed on walls using adhesive tape, are now designed and printed by computer. The exhibition currently running compares a wallpaper from 1981 with another specifically designed for the gallery together with the new sculpture Lightbulb (magenta) in 2015, related with Kensington Park, where the gallery is located. A large-scale lightbulb transmits the incandescence of the light, the pulsations of electronic life (through which the lightbulbs links immediately back up with an object from an era preceding the digital age), and appears with an explicit perceptive illusion: the three-dimensional nature of the object is merely suggested by the flat shape. 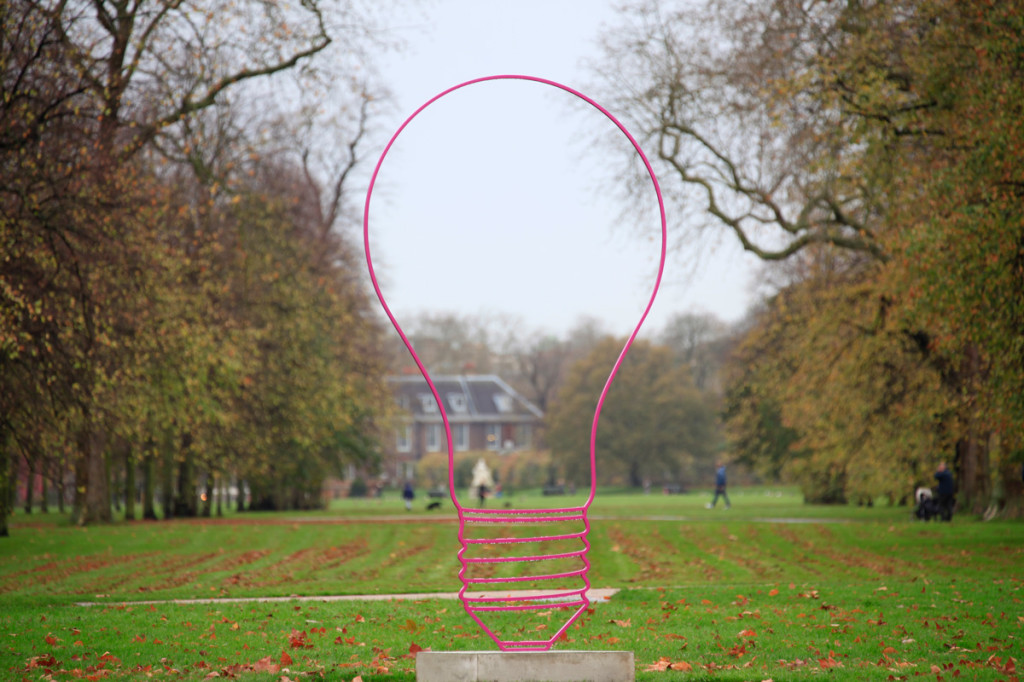 For the occasion, Michael Craig-Martin has also created a digital work, Lightbulb: a drawing with six colours controlled by an algorithm in order to create images that can be saved to a computer or mobile phone. Transience thus explores a shift, an epoch-making change from analogue to digital, illustrated through objects, two-dimensional depictions of a four-dimensional world, comprised within an installation that envelops the space in the same way technological objects envelop our lives. 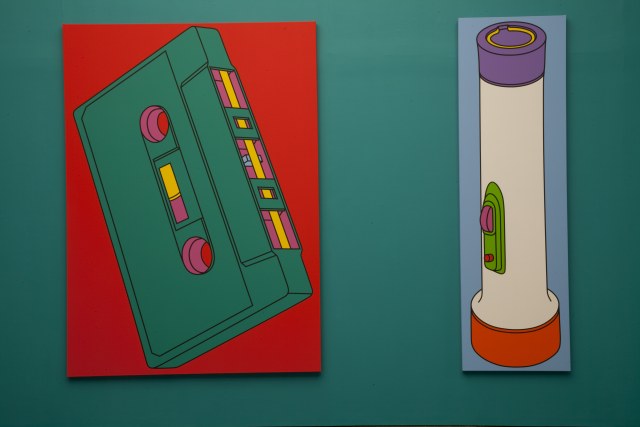 Michael Craig-Martin. Trancience, Serpentine Galleries, London, 25.11.2015 – 14.02.2016. Please visit here the website realized for the exhibition with Michael Craig-Martin. Here you can also find a video- introduction of the show by the artist, an interview with curator Hans Ulrich Obrist at the 2010 Map Marathon, and much more.