The works by Donatella Lombardo, currently on show at the International Museum and Music Library in Bologna, continue her research encompassing art and music, the ephemeral nature of the image and how its perception is realised and everything that materialises in the gesture of creating, in her case through the art of weaving, a favourite technique for her storytelling. 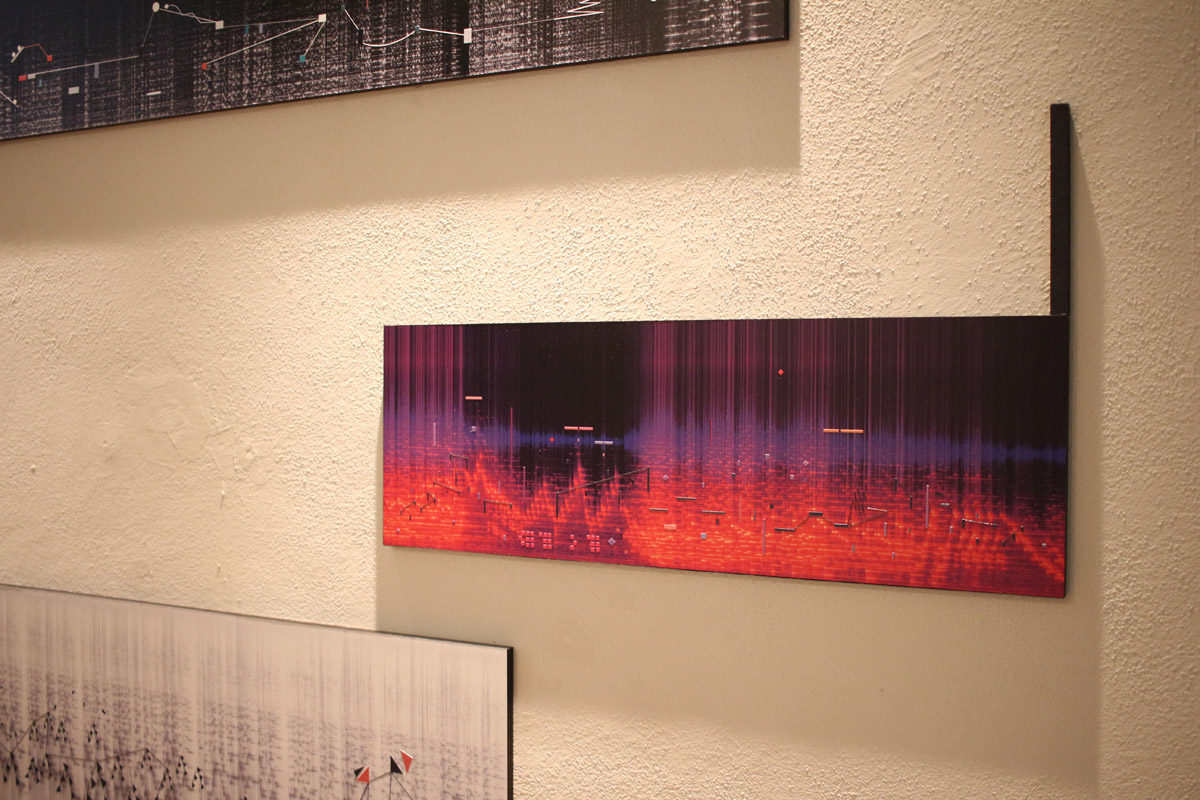 Now some works by female composers who have remained on the margins of music historiography – HiIdegard von Bingen, MaddaIena CasuIana, Francesca Caccini, Barbara Strozzi, IsabeIIa Leonarda, EIisabeth Jacquet de La Guerre, Fanny Hensel and Anna Bon – are remembered through an experiment in visual translation. In this anomalous performance –  explains the curator – which is entrusted to the handcraft of embroidery, rather than musical instruments, a knowing but unknown otherness emerges, discreetly establishing itself in the exhibition rooms of the Museum of Music as a timely historical counterpoint. […] For Lombardo, the association of these scores with embroidery and weaving is almost the natural outcome of her artistic research. 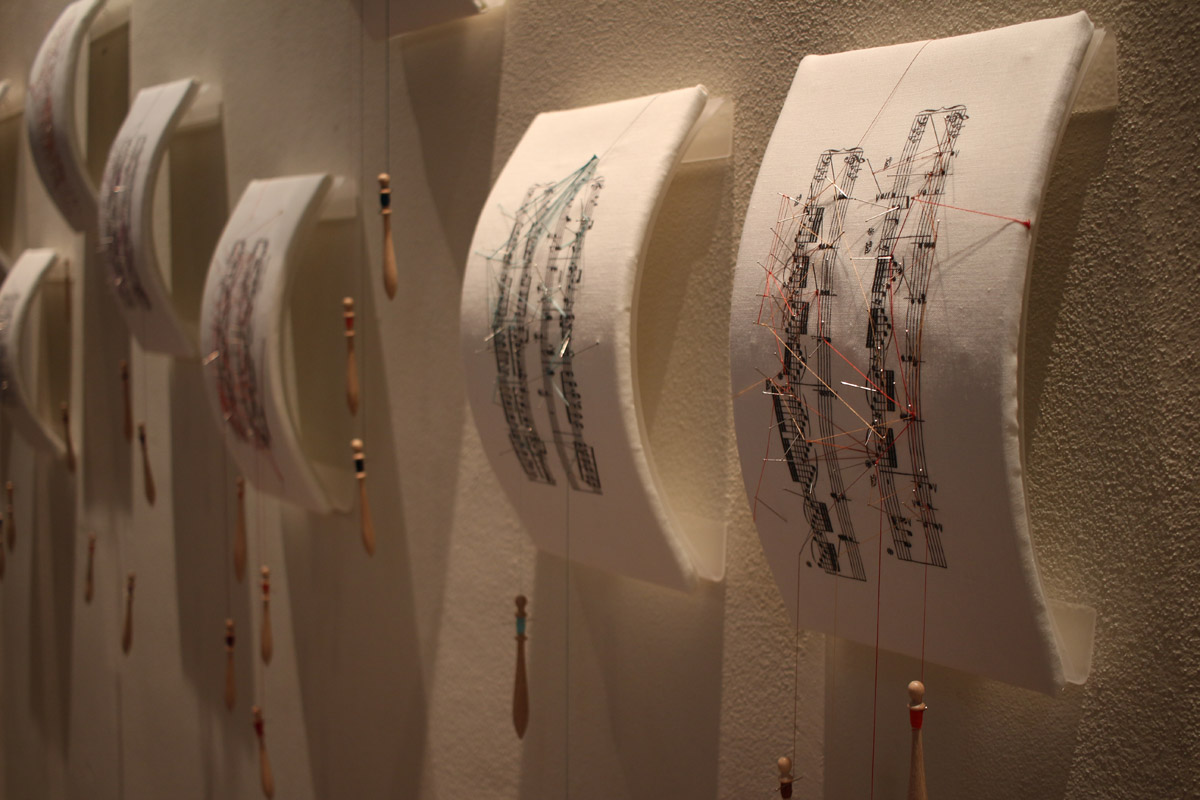 Since the beginning – continues Uliana Zanetti in her critical note – this has developed mainly through textile techniques, but in these works the artist displays an equally consolidated interest in the evolution of linguistic codes, the methods and material aids they use and their social impact on the organisation of relationships based on domination. From music, handicrafts, visual arts and digital culture Lombardo extracts the knowledge and tools to explore possibilities of connections and combinations, to propose, as in this case, a personal notation in which artistic image and musical composition perfectly coincide. (Uliana Zanetti)