Don’t Follow the Wind: a negative instruction for an invisible exhibition, shut up within the Fukushima area and inaccessible for obvious reasons. The only way to view it is via a website which, far from clarifying ideas, generates curiosity and gives rise to questions and tiny glimpses of imagination.

The wind in question was blowing on 11 March 2011 towards the radioactive area. And so, four years on – on 11 March 2015 – curators Kenji Kubota, Eva and Franco Mattes and Jason Waite decided to launch an exhibition to bring back memories and stimulate reflection on this shadowy area. 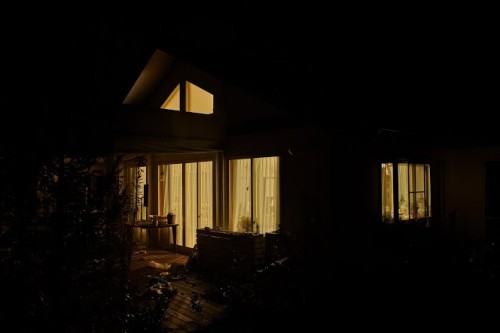 Twelve international artists were invited to interact with four buildings in Fukushima – a house, a farm, a leisure centre and a warehouse – and what is preserved and activated in these places. The only knowledge we have about the exhibition is filtered by information issued to the media in the form of articles, rather scarce at the moment, and each giving a different view which is often critical of the artistic choices made. The project itself will be accessible to visitors only once the radiation has dispersed.

The exhibition will be open to visitors only once the radioactivity has dispersed. Nobody knows whether this will be in 1, 5 or 30 years, or never. The only information we have is filtered. Ai Weiwei’s contribution is A Ray of Hope: he installed a solar panel and set up a system which lights a house twice a day, in memory of the life once lived there and which it is hoped will return one day. The artist Kota Takeuchi, a former worker in the Fukushima nuclear facility, photographed himself in one of the four exhibition sites, wearing clothes left behind by an evacuated resident. Identification and bereavement. Standing out above all is Trevor Paglen’s Trinity Cube, created with glass collected from broken windows in Fukushima fused with a piece of trinitite, a glassy rock formed in 1945 during the first atomic bomb test in the desert of New Mexico, which contains fragments of the bomb and radioactive isotopes combined with desert sand. 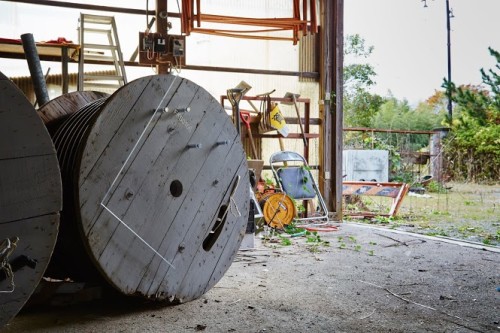 Besides the artistic value of the exhibition and the artworks themselves (as we cannot see them, I reserve judgement), the interesting thing, thanks to its urgent nature, is the project’s ability to generate reflection on disasters in the ecosystem and at the same time to stimulate imaginative processes which are dear to both art and literature. I would not consider the Fukushima nuclear disaster as an isolated case: it is actually the epigonic portrait of a series of forced evacuations and climatic migrations (24.000 still displaced from their homes) driven by a “new colonialism” of land and sea. It is an episode in the match being played out between the multinationals and the environment, and although scientists and nations are divided on the dangers of nuclear power, in the name of its presumed advantages in terms of reducing global warming, it is inevitable that minimal error is equivalent to catastrophe. Don’t Follow the Wind is an invisible  and inaccessible monument to the Earth’s right to respect: its theme is the limit, the borderline between human action and its shrinking back. It is that “Off Limits” sign we must imagine where we do not see it but feel it is needed. Calvino entitled his American lectures Six Memos for the Next Millennium. Now that millennium is here, perhaps it’s time to re-read our story through some aspects of Calvino’s thinking. 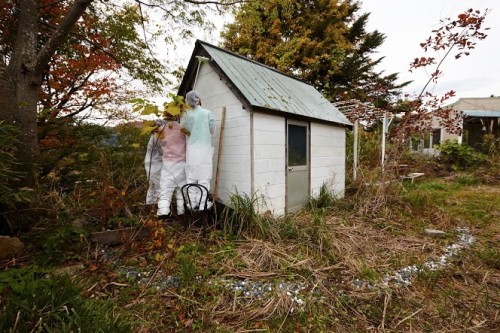 “He sustained, among other things, that unforeseen catastrophes are never the consequence or the effect, if you prefer, of a single motive, or a cause singular; but they are rather like a whirlpool, a cyclonic point of depression in the consciousness of the world, towards which a whole multitude of converging causes have contributed”. This is a passage from the novel That Awful Mess on the Via Merulana by Carlo Emilio Gadda, with which Calvino begins his lecture on Multiplicity, in order to tell us of the stylistic complexity of the world, where every individual system conditions the others and is conditioned by them. And the offspring of this entanglement is the disaster of 2011, deliberately silenced by the curators of DFTW to evoke another of Calvino’s celebrated chapters, that of imagination as an instrument for knowledge and/or identification with the soul of the world. By denying us images, Don’t Follow the Wind seeks to salvage the human ability to “evoke images in absence”, to “focus on images with closed eyes” in a society inundated with prefabricated images where direct experience becomes confused with media experience and where mass surveillance drives the appeal for invisibility. The subtraction of the figure means a reawakening of imagination, a re-education in “controlling one’s interior vision without subjugating it yet without letting it fall into a confused, fleeting daydream, allowing images to crystallize into a sharply defined form which is memorable, self-sufficient and exact”, as Calvino sustained in a plea for a pedagogy of the imagination. 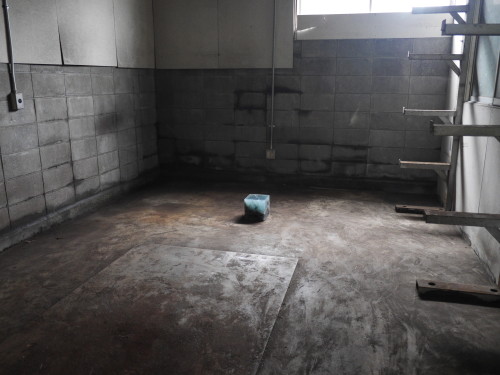 In the face of numerous narratives that articulate the poetry of the invisible and the ephemeral in an iconographic way, DFTW is a radical and coherent example of silence, the same silence generated by the explosions in the reactors. Samuel Beckett achieved extraordinary results by reducing visuals and language to a minimum, as in a world after the world has ended.