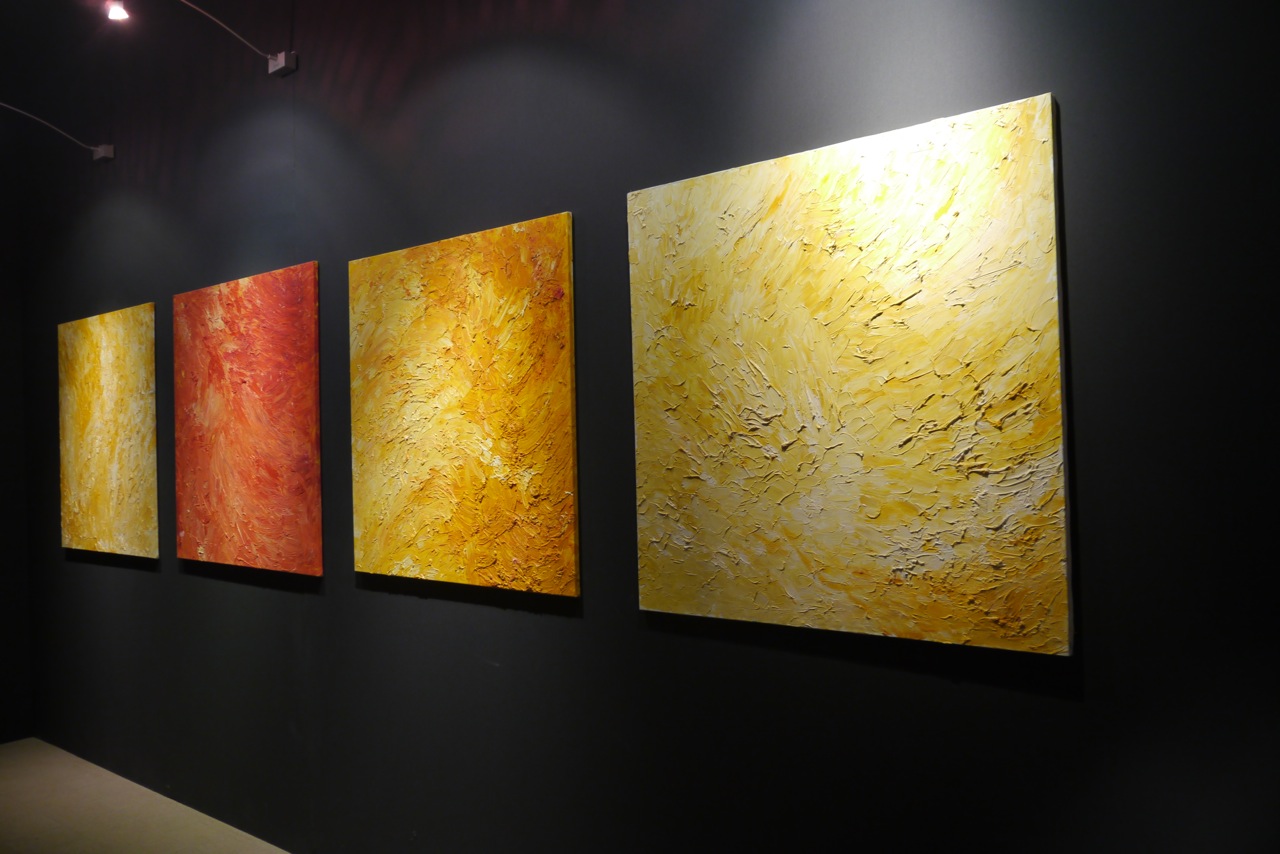 Relational processes, combining techniques and disciplines open to «otherness» as the boundaries and (arbitrary) conventions of normalcy are explored. This is a description of what takes place at the exhibition/ project «Noi diamo [+] Senso», curated by art historian Simonetta Lux and artist César Meneghetti hosted at Santa Maria della Pietà Hospital. The intention here is to embrace the experience of being liberated from mental disabilities and translating it into a creative form to exhibit in the same rooms that formerly occupied such emotional distress.  Annamaria Colapietro, Giovanni Fenu and Roberto Mizzon are the artists and protagonists of this experience. They were requested to express themselves through their artistic creativity – the cathartic gesture that has liberated freed them from a mental as well as physical prison while the insane asylum functioned as a place of boundary and reclusion from what is arbitrarily thought of as being normal. The artists volunteered to share their experiences with the cameras of César Meneghetti, becoming portraits and self-portraits. The particular way the artist uses film resulted in a large-scale work projected on various screens which is placed and places its protagonists at the core of the entire project. 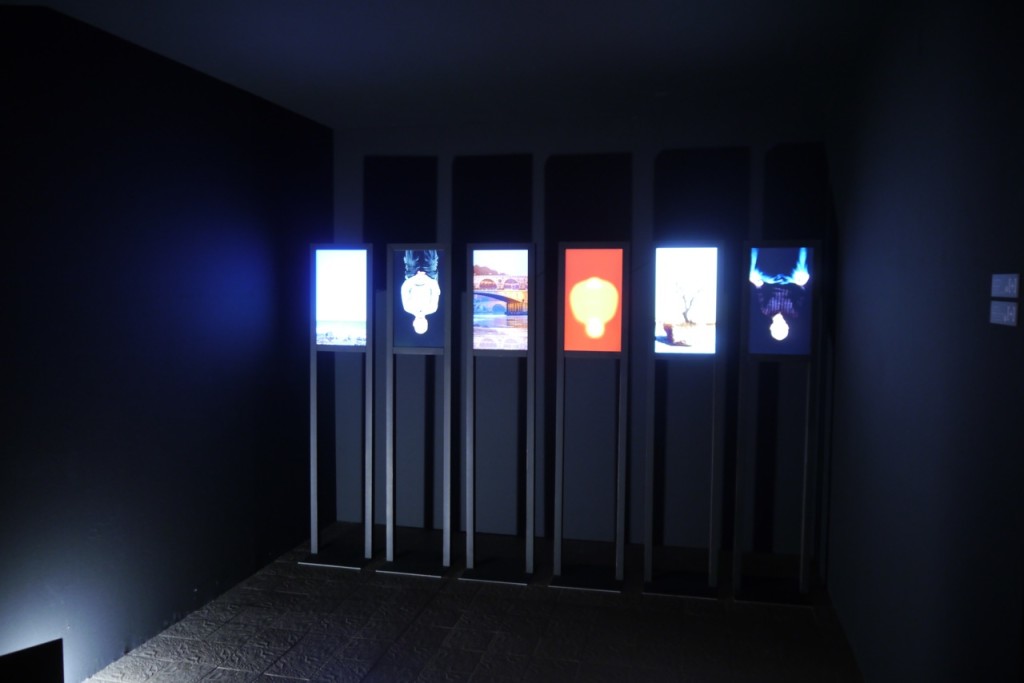 The exhibition is the ulterior stage of the research which began over 20 years ago at the Sant’Egidio Art Workshops: Alessandro Zuccari has been supervising the development of the workshops for some time now and it was he who perceived the possibility of using art to reveal the depth of the thoughts and intelligence of those who are mentally challenged, often denied or ignored due to prejudice or other mechanisms of exclusion. Simonetta Lux, with her invention of the Contemporary Art Museum Workshop and her conception of art as a relationship-forming process – the action of a subject and not of an object – has supported the development of collaboration/creation projects in recent years that have involved various international contemporary artists and people with disabilities working in these workshops. 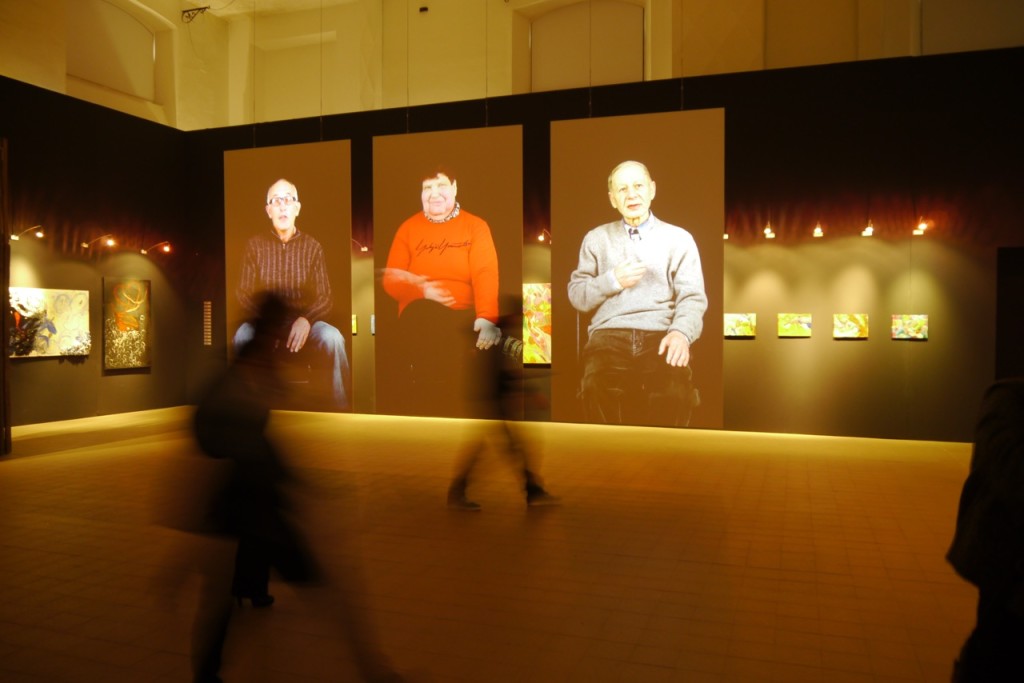 Within this framework we see the relationship with César Meneghetti and with I/O_ IO E’ UN ALTRO, an exploration of the frailty of the boundaries between mental disability and normalcy. The project, which began in 2010, involves a group of about 200 disabled people from the art workshops of the Community of Sant’Egidio. The project has been awarded by the Fondazione Biennale di San Paolo and was on exhibit at the 55th Venice Biennale.

The former insane asylum Santa Maria della Pietà hosts the permanent installation of the Studio Azzurro group, a multi-media environmental work created to tell of the history of the mental institution in a formula that is inventive, interactive and, above all, emotional in which these rooms have been re-introduced as a museum of the mind.

Lorna Mills at the Screensaver Gallery