Etherea. The Digital Universe of Art. 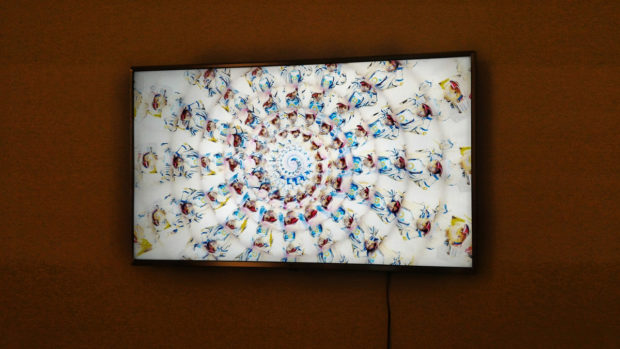 The first edition of Etherea DIGITAL UNIVERSE “The medium is the message”, which ended on 25 November, offered a compendium of the latest aesthetic and gnoseologic trends in art, exploring the widespread distribution marking the contemporary «linguistic Babel» (Pancotto, 2013) through meetings, events and keynote lectures. Placing the spotlight on digital art and its most recent developments, curator Virginia Monteverde inaugurated the exhibition annexed to the event together with the art critic Viana Conti and sociologist Derrick de Kerckhove. 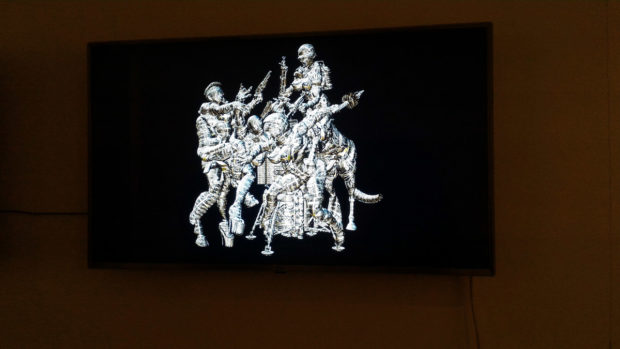 The quote «The medium is the message», which was adopted as the subtitle and pays homage to the prophet of new media Marshall McLuhan (as defined by his student and friend Derrick de Kerckhove), is the starting point for a critical reflection that looks into the changes in art following the latest digital innovations. These have resulted in a revolution that is, in the first place, linguistic and semiotic, enabling the translation of the entire human experience in virtual space through a single sign. This «extreme hollowing of the sign» (de Kerckhove, 2017) allows artists to access a creative universe with amplified possibilities: Christian Zanotto happily dismisses tradition, uniting it with the latest techniques in stereoscopic animation, producing a virtual sculpture with tones of anxiety and angst in a space that interacts with and influences the everyday, despite being immaterial. The very concept of space becomes the focus for a theoretical and artistic exploration in Real Time by Roberto Rossini, a work that addresses space through time using found footage (which brings to mind the automations of the objet trouvé) and also through the work of Stefano Cagol. Cagol’s art allows viewers to perceive the spatial stratification identified by de Kerckhove in the contemporary landscape, in which the virtual dimension permeates the relation between physical and mental space, creating an extended space in which all men and objects are immersed in a gigantic «electronic bath» (de Kerkchove, 2017). 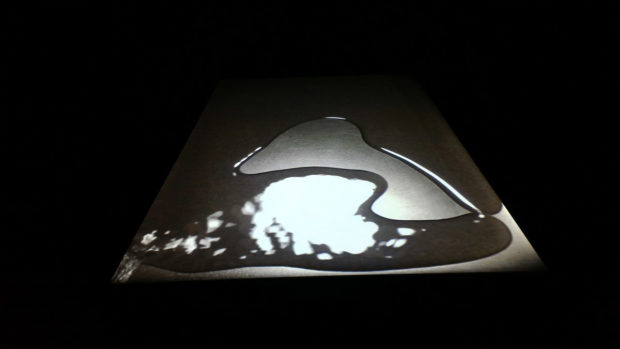 Digital art, therefore, takes shape as a symbolic system that provides an accessible way of knowing and taking possession of the everyday (a line already opened by Goodman, who in the 60s asserted the gnoseologic dignity of the artistic experience by comparing it to science) giving life to works made with the same technological and innovative instruments that the artist is reflecting on. Georgette Maag chooses to operate from this angle and in Labor#2 uses light and projection to modify the perception of a real surface, generating the kind of amazement that eventually results in a “cerebral short circuit” on the part of the spectator.

Thus, there is a reconfiguration in the role of art and artists, indispensable figures in society because they are immune to numbness created by the media (McLuhan, 1964). They can therefore comprehend and analyse the potential of these new technologies and their dangers. This is the meaning behind Sara Tirelli’s installations, which submerge users in virtual reality through the use of headsets and binaural sound recordings to create «sensorial and cognitive short circuits» (Viana Conti, 2017), in the same way as those created by Peter Aerschmann, whose work stimulates a reflection on the externalisation of the self through the sense of disorientation that seizes contemporary global citizens. 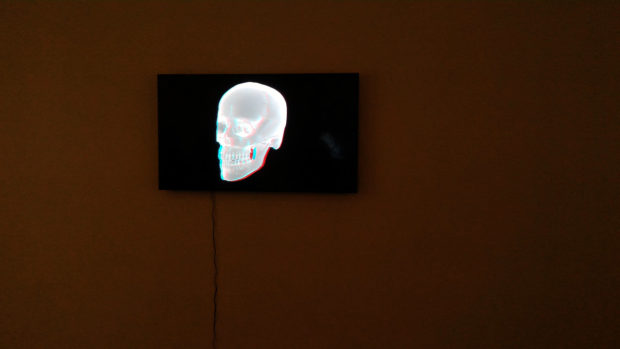 Finally, On the Rationalization of Sight by Alexander Hahn is a work which represents a historical anthology on vision, perception, cognition and portraiture, showing the spiral movement that allows the human eye to correctly perceive the third dimension.