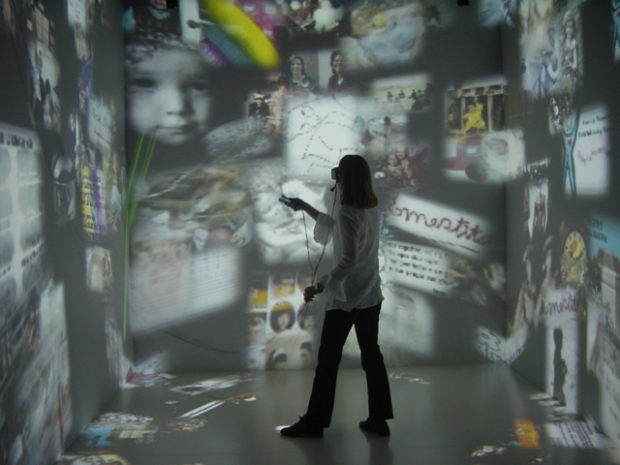 Liquid and physical space now represent two converging worlds, inscribed in an infinite grid of systemic connections interwoven with invisible channels of information (including those of social networks) which delineate new real, tangible maps. We live inside the image, thus acquiring an insider’s perspective. 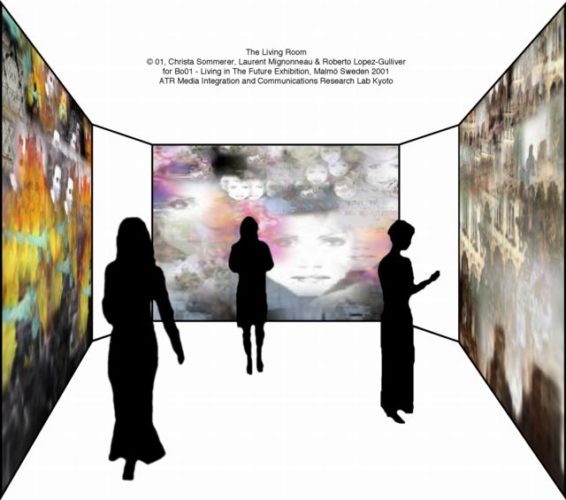 Digital art has always contributed in restoring an awareness of the world and of how it is being shaped by the Internet and its communication systems. Some art productions have brought us closer to the great changes in space, their dissolution in the temporal dimension and their move towards new types of perception. All this has created a revolution in the very concept of reality – a reality that is for the greater part digitally structured and materialised. 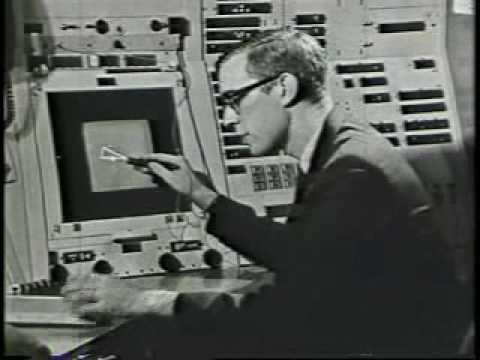 The advent of virtual reality has shifted our bodies into a space other than ourselves. This experience positions our bodies on this side of the screen and, at the same time, beyond it; this is represented through computer technology in a simpler form and through CAVE’s immersive reality in a more complex form. The Sketchpad made by Ivan Sutherland for military purposes in the 60s was a forerunner of this liminal space that places itself between two worlds and which in its more modern configurations can be found in the desktop that Apple designed with GUI graphics so that certain items (recalling common images from our physical experience) activate preconfigured computer codes providing input to corresponding functions (trash, etc.).

The reality of CAVE produces an immersive experience of physical space. The work by Charlotte Davies Osmose plunges us into a virtual environment through a head mounted display (HMD). The environment in which we find ourselves projected is constituted by an osmotic layering of one sphere of images over another.

This involves having to calculate exactly the time of the spatial images in order to overlap them simultaneously. We face two groups of texts: 1) The 20,000 lines of programming code producing the work. On the other side, there is a room full of textual fragments that often appear in the study of nature, technology and body. In certain moments the binary code appears in the foreground making the perceptive illusion visible, giving the impression of immersion.

When we exit the immersive experience we zoom out of the idea of data visualisation in spatial terms and their parallel concrete realisation of data spaces, increasingly sensitive interfaces and architectural archives that allow us to navigate a huge amount of computer data, grouping these and making them useable.

In order to visualise this, we may consider a piece by ART+COM, a society that designs new media installations and spaces (data visualisation) in collaboration with companies, academies and institutions. This work, therefore, represents a type of research not solely confined to art, but expanding into a wider range of interests that interweave with real life and the needs expressed in the contemporary digital world. 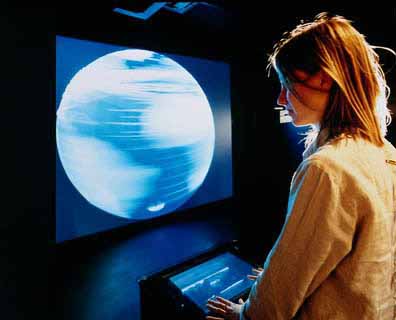 Ryde the Byte (1999) rebuilds the structure of the Internet, visualising the trajectory of individual data packages sent from the location of the exhibition to another location across the globe. Visitors choose a number on a LCD display, among several predefined internet pages. The data is then sent and the journey visualised through their trajectory, which is superimposed onto the globe. The selected site appears at the end of the journey. As these trajectories are gradually traced during the course of the day, the structure of the internet manifests itself in an ever more intricate pattern covering the earth’s surface.

What is invisible is superimposed on the landscape emphasising its outline, one that is continuously changing. It can sometimes be reproduced only within its own world, one that divides itself between the real and virtual, one that the liquidity of the screen could render visible through its own matter and form – a liquid form, changeable and materially ephemeral.

The frameworks with which to judge what is real or unreal are disrupted by a landscape source that has already faced a process of mediation and the image’s algorithmic elaboration. The image’s own angle is blocked by the software authorship guiding the eye of communication, intended on outlining a landscape, impressing and inscribing itself in the transcendence of its message.

Everything moves inside the image, the dimension we inhabit, at the crossroads between visible and invisible, no longer «imprinted» but «expressed» as interface.

The space is reconfigured inside images, structured within a meta-world which has turned into a concrete new reality and is characterised by the simultaneity of multiple times and spaces that coincide with the image (immersed in virtual reality, extended in the augmented reality and so forth, functioning within an endless story of contamination between things and genres.

Etherea. The Digital Universe of Art.