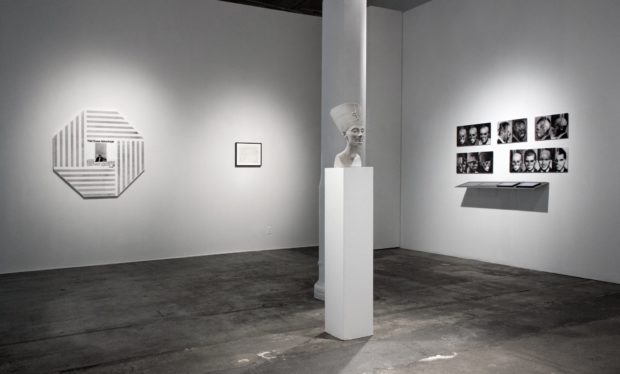 Paolo Cirio, a multi-faceted artist internationally known for his activist attitude, is currently curating a choral project which, through the work of various artists, is intended to highlight the diverse modes with which the real can be reproduced, coinciding with new aesthetic approaches. At the heart of this new approach is an investigative and documentary enquiry into reality which formalises its results using the techniques and languages of art. This is not entirely new, but newly framed and definitive. This represents the entry point to Paolo Cirio’s Evidentiary Realism, which is also the title of the exhibition currently on display at the NOME Gallery in Berlin, co-produced with the Friedman Gallery where the show was presented in February – March 2017.

The reproduction of the real, as traditionally understood, is extended to take the context and structural apparatuses into consideration, where there is the opportunity to ‘push the boundaries of what is made visible beyond the gaze’. The selected works by both established and emerging artists exemplify this new realism. Each work presents different modes and instruments to ‘re-cover’ evidence in an aesthetic form, allowing it to re-emerge from the invisible dimension left behind by the eye, which had gradually become accustomed to it. Evidentiary Realism begins with the works by Hans Haacke, Mark Lombardi and Harun Farocki, pioneers in the experimental search for formal solutions to de-codify complex systems. 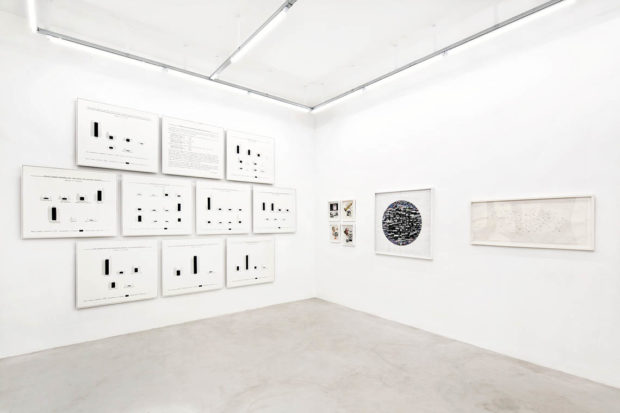 The Chase Advantage (1976) is Hans Haacke’s key work in this field. This composition, including photos, graphics and citations, reveals Chase Manhattan Corporation’s power games and its links with Rockefeller. In this case the combination of logo and statement appropriations become both an artistic language and a tool to simplify the functioning of power through the simultaneity of several actions and initiatives. 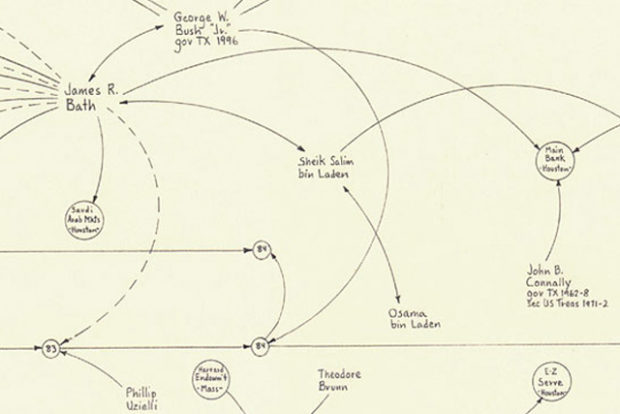 In Mary Carter Resorts Study (1994) Mark Lombardi, known for his diagrammatic work, piles on the evidence linking organised crime, politics and intelligence. He achieves this by mapping the interconnections of global power, starting from the specific case of the Mary Carter Resort in the Bahamas. 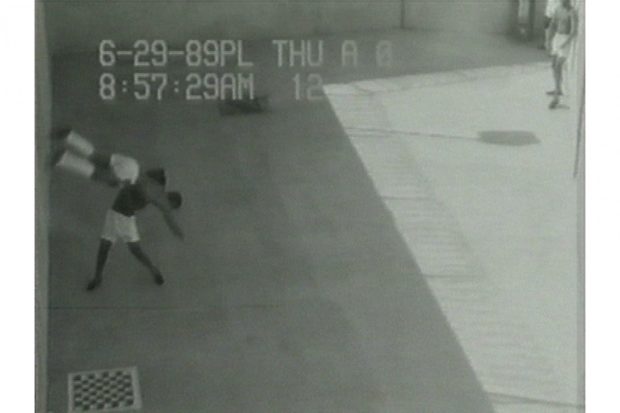 I Thought I Was Seeing Convicts (2000) by director, artist and curator Harun Farocki (who died in 2014) deploys prison surveillance cameras to denounce abuses through a real-time channel – a more direct means to prove the evidence. 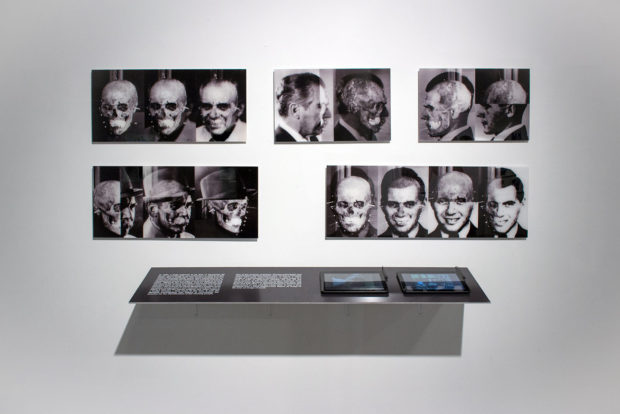 Mengele’s Skull (2012) by Thomas Keenan and Eyal Weizman brings a different method of enquiry into play: the use of instruments for scientific analysis as adopted in forensic science, and looks specifically at the tools employed in the identification of Josef Mengele’s skull, a doctor at Auschwitz. 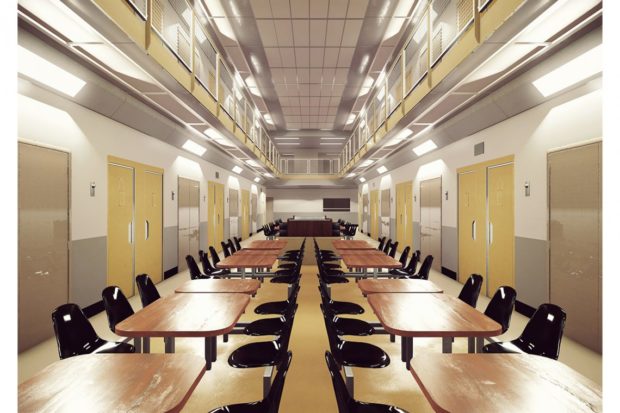 The young James Bridle, a keen observer of internet culture who developed the concept of the New Aesthetics, presents Seamless Transitions (2015) – a 3D document concerning Field House, the Special Commission Appeals (SIAC) unit. Bridle reveals the political architecture of this court which deals with immigrants’ asylum demands and is a transition space prior to their repatriation. 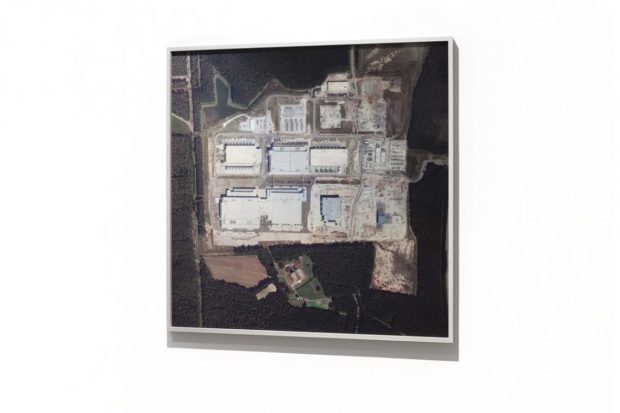 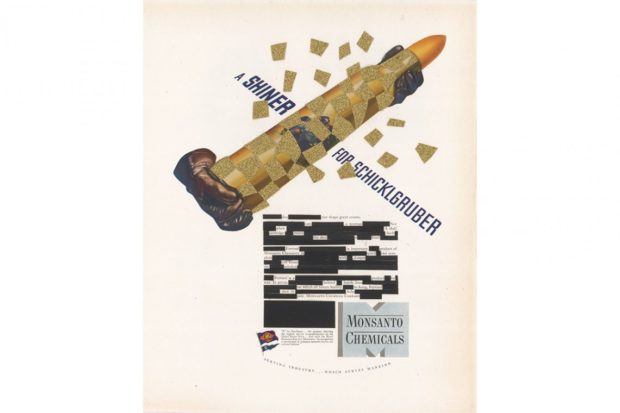 Monsanto Intervention (2013) by Kirsten Stolle uses the language of advertising, combining it with existing material to reveal the power of communication and offer evidence of the environmental damage produced by the harmful products the chemical company Monsanto distributed between 1940 and 1960. 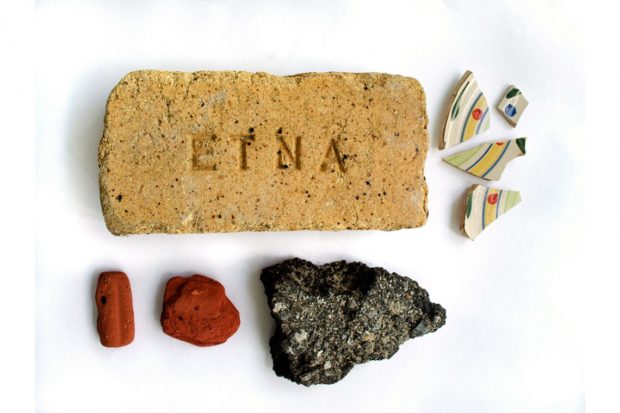 Evidence of climate damage is established in a different way by Balkin et al. in A People’s Archive of Sinking and Melting, where chunks of tarmac, fragments of ceramic and other objects, obtained from a public call, become the direct witnesses of climate change.

Data processing features again in Information of Note (2014) by Josh Begley. A software interface combines photography with data processing to highlight the use and abuse of secret surveillance, starting from the data extrapolated by the NYPD Demographics Unit classifying all activities and individuals bound with Islamic religion.

In Expanding and Remaining (2016) by visual artist Navine G. Khan Dossos the power of seduction operated by the media is abstractly channeled in the graphic designs of an ISIS magazine. 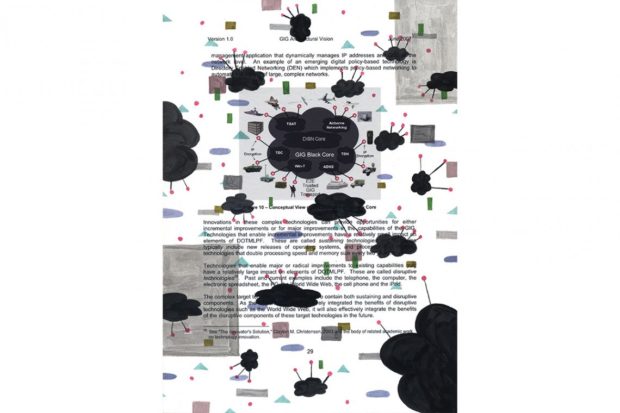 A very different approach can be found in the series Camouflage (2013) by English artist Suzanne Treister. Watercolour drawings are overlaid on top of document sections taken from the American Security Department and thereby darkening its contents. Other exhibits include The Other Nefertiti (2015) by Nora Al-Badri & Jan Nikolai Nelles, who use an (unauthorised) 3D reproduction of the Nefertiti bust to forefront issues related to the intellectual property of archaeological finds in relation to their nation of origin. 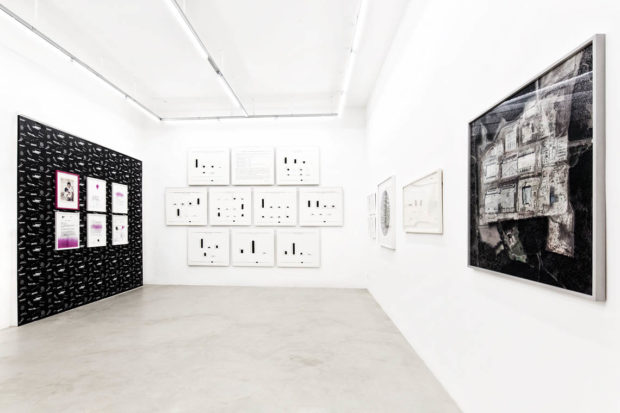 This is an exhibition that offers many opportunities to reflect on the new nature of reality, more opaque but at the same time increasingly visible, and the (resulting) new directions needed to systematically reproduce it. The works on display demonstrate the existence of a new evidence-based aesthetic approach that Paolo Cirio describes as evidentiary realism.