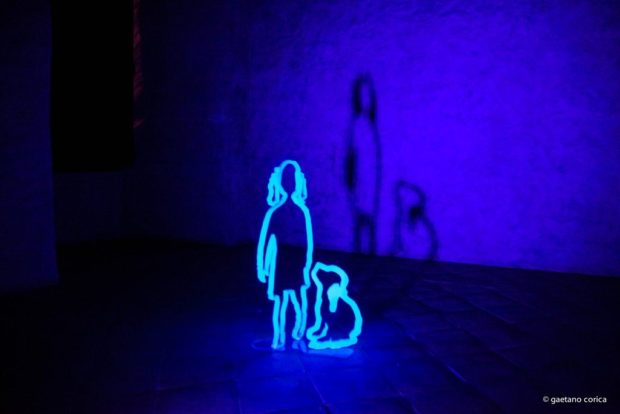 Light takes centre stage in two parallel exhibitions, which might at first appear antithetical. Light represents the focal point of a unique and ambitious exhibition project Lightquake2017, designed by Rosaria Mencarelli, created by Paola Mercurelli Salari under the artistic direction of Gisella Gellini and Claudia Bottini and with the collaboration of Fabio Agrifoglio.

In the evocative setting of Palazzo Ducale, Gubbio hosts Light Art, a space for artists (Federica Marangoni, Stefano Frascarelli and Saverio Mercati) to reflect on time, analysed in its unambiguous and unrepeated linearity. 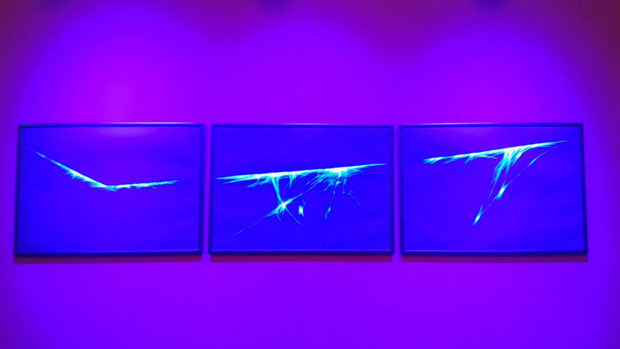 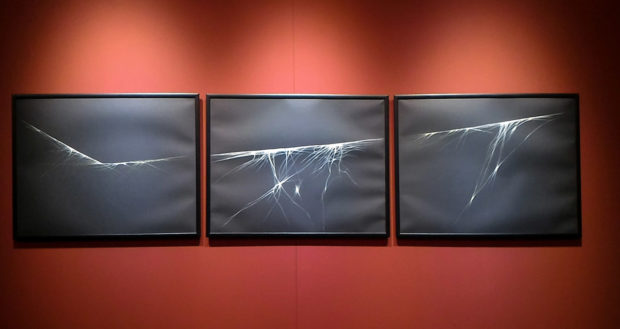 La Rocca Albornoz in Spoleto is the location for Black Light Art – La luce che colora il buio (The light that colours darkness), which originated from a natural reflection on the properties of light and its opposite, darkness. All works presented are created with special pigments or materials that can react when exposed to Wood lamp, a “black” light formed by UVA radiation invisible to the human eye. Thus, the paintings by LeoNilde Carabba, the installation by Federica Marangoni, Luce in scena (Light on Stage) by Sebastiano Romano, Senza Titolo (Untitled) by Yari Miele, Miraggio (Mirage) by Giulio de Mitri and the analytical studies by Mario Agrifoglio bring to life a dream-like space, at times disturbing. 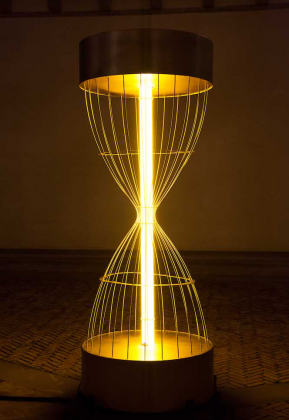 The presentation of this exhibition is continually being transformed by an electronic system that controls when the Wood’s lamps are turned on and off, at regular intervals. The majority of these works are from the 70s, paired with more recent productions inspired and dedicated to the seismic events that last year hit central Italy, traumatising its inhabitants. This is the case of Globus Fractura e Tellurico by Claudio Sek De Luca, Magnitudo (Magnitude) by Luca Evangelisti, Danzando verso l’alba (Dancing towards dawn) by Alessio Ancillai, The lightness of being, a site-specific work by Ugo Piccioni (specially made for this exhibition), Light seeds – evanescenza pulsante è l’energia (Light seeds – pulsating evanescence is energy by Nino Alfieri and Sisma (Earthquake) by Maria Cristina Fioretti. 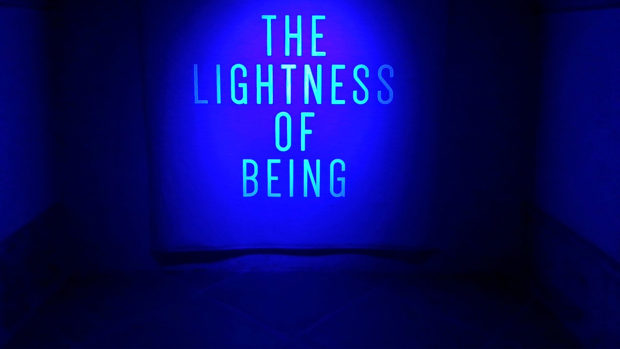 [LIGHTQUAKE] emerges from a successful collaboration between two institutions belonging to the Museum Centre of the Umbria region. This initiative led to an effective participatory relationship between Gubbio and Spoleto, two iconic cities for contemporary art history. The aim was to explore the latest contemporary productions that use one of the most fascinating immaterial materials[1], which has become part of the autonomous artistic language of the last century. 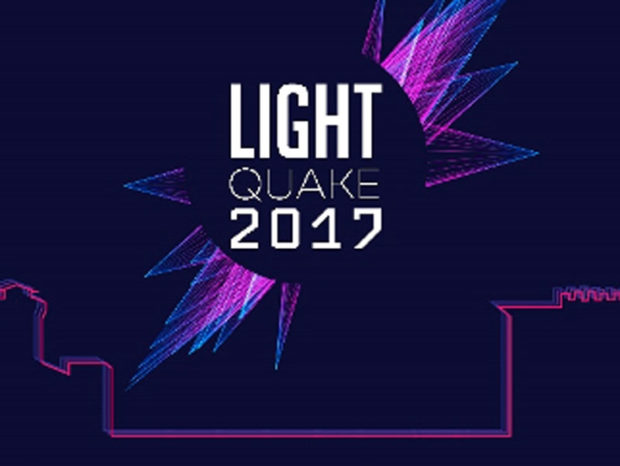 This event, which ends on 25 February, takes on a social meaning, both metaphorically – the idea that light can rekindle life inland where the earthquake struck – and concretely. Lightquake2017 is a project that intended, above all, to support the restoration of the cultural heritage that was damaged by the earthquake and raise money for its restoration work.