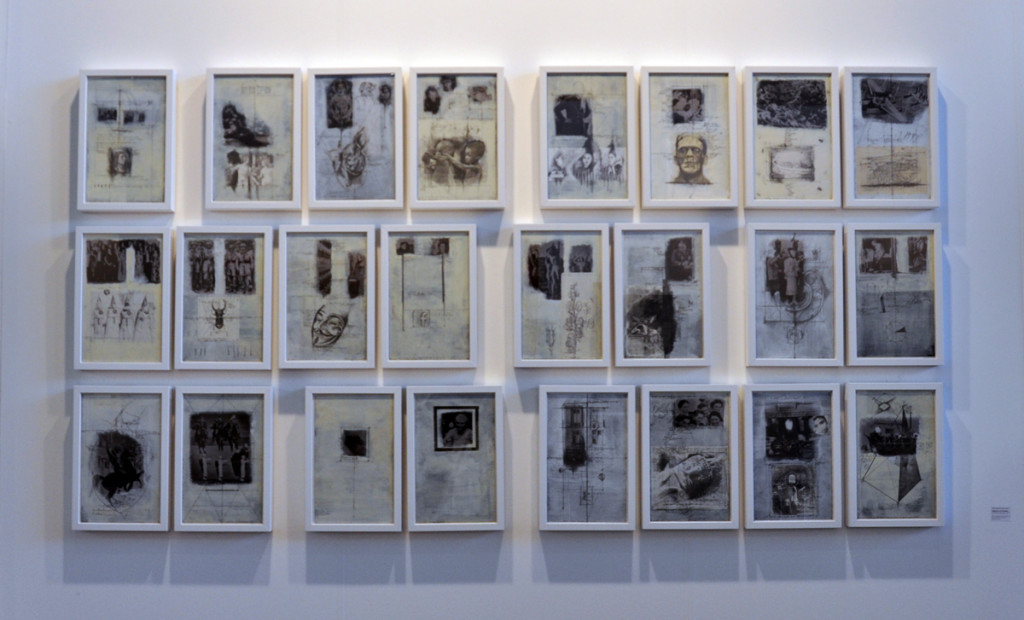 There’s a work by Fabrizio Cotognini (Macerata, 1983), presented at the Serra dei Giardini during the 56th Venice Biennale as part of the Flags exhibition curated by Elena Forin, and recently acquired by the Jozami Collection (part of the Reina Sofia Museum Foundation) – it’s always good to know that some Italian artists are appreciated abroad and included in major collections – which outlines a reflection on reflection, which draws story on story, which wears out and rips open the past in order to surprise the viewer and invite him or her to solve a rebus, to experience the individual page of a multimedia narrative, not merely for what it signifies but for what it is as a written page, an arabesque doodle, a tangle, a screen, an image. The distinctive feature of this work, one of the brightest in the palimpsest of this year’s Artissima, is the visionary view of an artist who attempts to decode “the smoke and mirrors of this confused age”, who seeks to model a discourse on the story of the individual and the species, who aims to tell of a journey in the Marche; and of a discovery, followed by an image-creating dialogue between the prowess of a creator of worlds who is just past thirty and a silent travelling companion, Fabio Mauri. 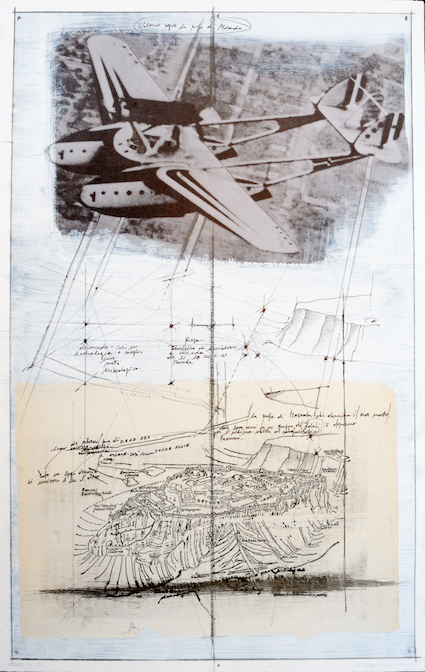 From the starting point of the plates in Manipolazione di cultura, the extremely rare book created by artist Fabio Mauri in January 1976 and produced by Magdalo Mussio for publishing house La Nuova Foglio (in truth the work dates back to 1971 and was completed in 1973), Fabrizio Cotognini constructs an impossible conversation, an overlapping of historical events that disarm the viewer through short-circuits in construction, slips in time, potent and thoughtful associations.

Onto the archive images extracted by Mauri from the photographic documentation of fascism and Nazism, which occupy the top section of three, alongside a black area and a bilingual caption (in Italian and German), Cotognini impresses a visual stamp that connects the past to the nostalgia of the present with a series of images taken from the world of social media, comic strip and cinema (think of the graphic novel V for Vendetta and the film of the same name) and from various strands of contemporary communication. 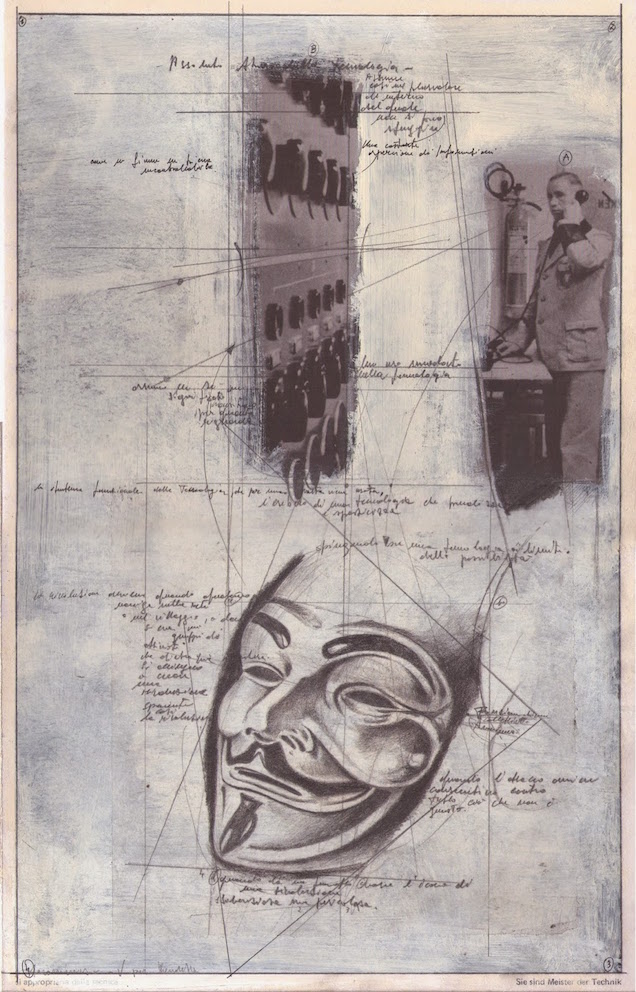 With a technique that bleaches out and disguises (or engulfs) the blackness of the past, Fabrizio Cotognini thus creates metaphorical fissures between the before and the after, leaving room for counter-images, poetic clashes that do not forsake resistance and – responsibly – show everyday terror, the seduction of evil, the desperate race for power – including some electrifying archetypes borrowed from Orwell’s Animal Farm and his apocalyptic 1984.

Simulation of thoughts (2015) is, in fact, a blindingly simple story, but it’s a story that escapes from history and the chronological telling of it, to open itself to stories, to the many people who endure, the millions of individuals who produce, the silent majorities who represent the only bright spot in our complex society.