From the installation in Palermo for Manifesta 12, in the year 2018, to its current rebirth with the editorial project

by Arshake
in books, focus

Federica di Carlo has always closely linked her creativity to scientific research, engaged in constant dialogue with scientists. Physicists, oceanographers and astronomers are her interlocutors. The laboratories of scientific institutes such as MIT (Boston), CERN (Geneva) and INAF (Rome/Milan) sometimes intersect with her artist’s studio. Everything is then transformed into works that develop the ecological discourse in art with the force of poetry and subtle balancing acts.

In 2018, as part of her work, Federica Di Carlo presented the installation We Lost the Sea in the exhibition spaces of the Marina Regia’s Arsenal in Palermo, curated by Simona Brunetti and in the context of Manifesta 12. Large silver kites, moving through space and powered by blowing fans, contained all the wind in the atmosphere. The water-air-light system was on display, “a system that generates the earth’s breath, highlighting its constraints, sufferings and apnoea”. (S. Brunetti) 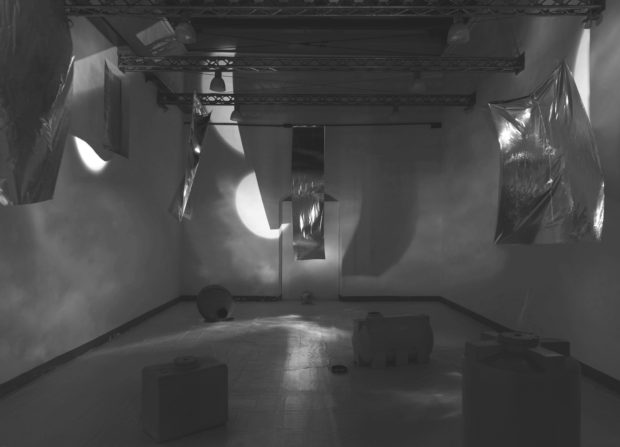 “The ‘Fabrica della Real Marina’ (Real Marina Factory), as it was called in ancient times,” as we read in Simona Brunetti’s text which accompanies the project, “was for centuries an important crossroad for exchange and communication between people of different origins, backgrounds and social status who came here to trade. A borderland par excellence, where the Palermo sea still flows, it has become a symbol of those ‘zones of interference’ and liminal territories on which Federica Di Carlo’s research focuses. An accomplice in such interferences, the sea subsists in her work as a great activator of energy, stories and destinies (…).”

Now this work has found another liminal territory and space for exchange in a book. The book opens with the correspondence between the artist and scientists in the fields of atmosphere and marine life, Daniel James Cziczco (atmospheric physicist at MIT) and Sandro Carniel (an oceanographer Research Director at the Institute of Polar Sciences, CNR), and it continues with a series of interventions by several friends and colleagues who play an important role of her creative life. They were invited to answer the question: How many times have we lost the sea? 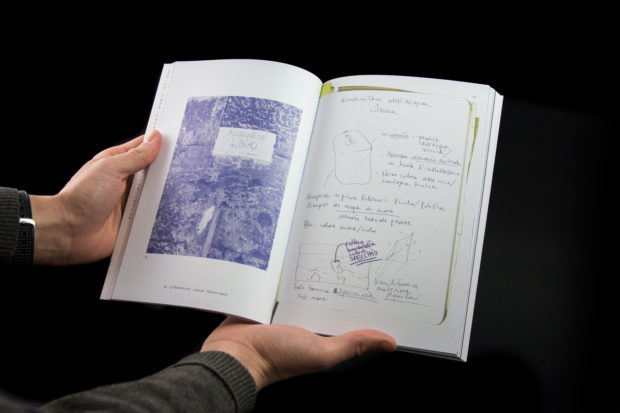 These interventions, presenting a variety of responses on the concept of loss and a series of notes on the artist’s journey, act as an introduction to the texts by those who took part in the project in Palermo: the curator Simona Brunetti, Federica Maria Bianchi for Snaporazverein who produced it, Giuliana Benassi who supervised it, Valentino Catricalà who supported it with the Fondazione Mondo Digitale and Alessandra De Caro of the Soprintendenza del Mare.

The very structure of the book suggests an opening, a continuation that perhaps surprises us today with the directions this can take. The question How many times have we lost the sea? formulated long before the onset of the pandemic, conceals a deeper insight than might have been perceived at the time. Today, when we re-read the answers to this question reflecting on the sense of loss, we can imagine others that overlap. We may find new meaning and impetus for action precisely from the sense of loss.