The first edition of FOTONICA is open from 1 to 9 December 2017 at MACRO – Rome’s Contemporary Art Museum. This is a free festival exploring art forms connected to the element of ‘light’ in a contemporary context, created thanks to an active network operating in this field in Rome.

FOTONICA is part of the Contemporaneamente Roma 2017 programme, promoted by the Rome Council for Cultural Growth and organised in collaboration with Siae. The event is also promoted by the Capital’s Cultural Heritage Department.

Twenty-seven artists give shape to different facets of Audio Visual Digital Arts, making them accessible to an increasingly broader public.

The living heart of this project is made up of audiovisual performances in collaboration with Live Cinema Festival: from the hypnotic abstraction reminiscent of the topological and psychophysical landscapes of Luma [variations] 2017, the AV performance by the XX+XY duo visuals and sound art project, (Sladzana Bogeska and Giuseppe Pradella), to the evocative and refined journey by digital artist Giuseppe Guariniello, aka Mutech, with Sound of the Spheres. In Mutech’s piece the reworking of visual and sound fragments taken from NASA’s recordings of the mysterious sounds that the Apollo 10 astronauts heard when they landed on the moon creates an immersive space, alternating perceptions and submerging the audience in another spatial-temporal dimension. 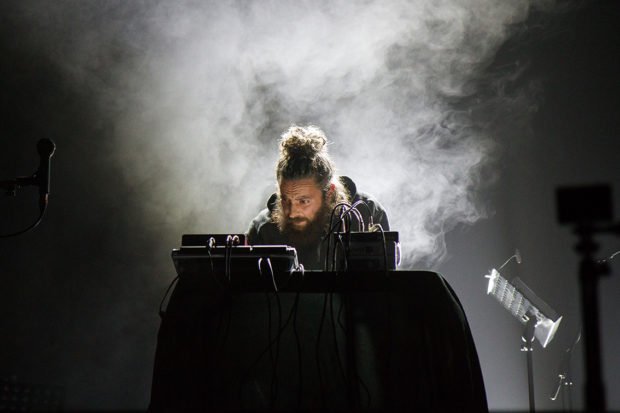 Then there is the merger of electronic music by Marco Malasomma and the generative visual art by BinaryCodedBrain in JURA, dedicated to the silent and faraway island where Orwell finished writing his novel 1984. Lastly, there is Mr. Everett’s Live Cyborg Performance: the story of cyborg Rupert’s journey on earth, “accompanied” by the imposing soundtrack by Mr. Fox and Mr. Bear, his animal counterparts, and in constant dialogue with Mr. Owl, his human double. 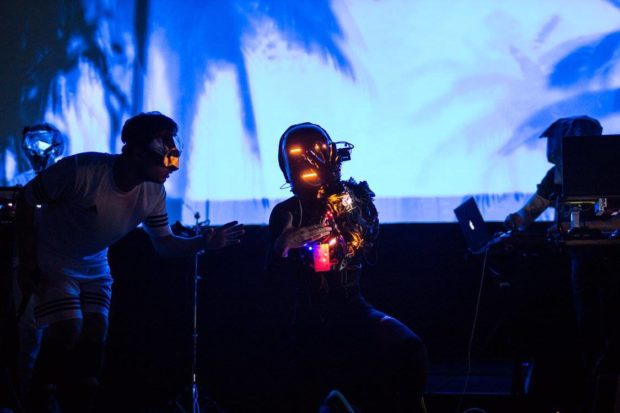 Two works will be presented at FOTONICA resulting from the collaboration with RGB Light Experience: the fascinating old story of Arcobalenide by Diego Labonia and the gripping tension of Costrizione 01 by Simone Palma. These pieces are two light installations that become real works in space which can be admired, but more importantly physically travelled across.

Two video mapping works are located in the MACRO foyer. The first is Waste-o-Polis by Vj Luper and J-Cibong, a futuristic city made of polystyrene packaging that comes to life through the silhouettes of the objects these packages once held. By mixing real images with geometrical effects and dream-like animation, the piece raises awareness about the importance of effective recycling and reusing practices. Portami Via (Take Me Away) by NEOCORTEX PROJECT is an installation focusing on the use of bicycles in cities. Visitors can hold bike handles facing a screen and initiate a change of scenery, complete with light and colour effects. 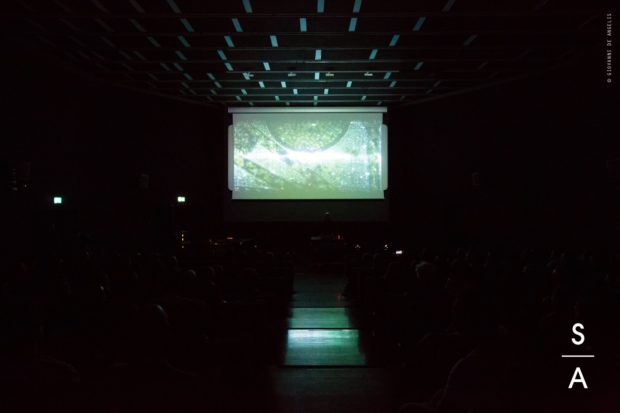 As for the NetArt section, organised in collaboration with Shockart.net, these works were made from the creative manipulation of programming data. Dyne’s installation, Data portraits, is based on this concept, as well as Analyticz Visual Hacking created by Rufa – Rome University of Fine Arts. Thanks to a video installation, it will also be possible to conduct an interactive visit to Shockart’s virtual gallery and explore all the web art exhibitions curated by Shockart.net from 1999 to 2005. 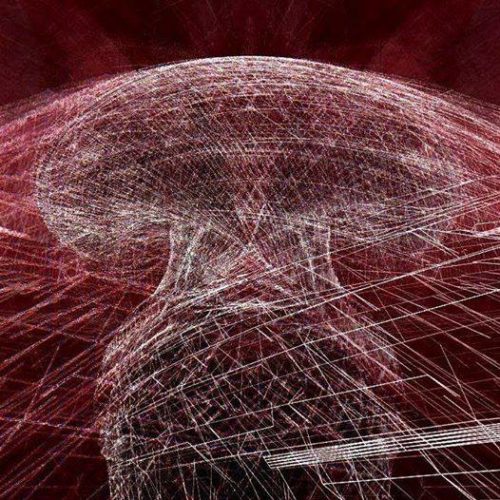 FOTONICA has also created an open space to bring people closer to the audio-visual world and digital art, as well as increase the theoretical and practical knowledge of this sector through a series of lectures organised by Art is Open Source and Urban Experience. There are also workshops on both the themes and tools of the digital and visual arts with Fusolab 2.0 and IED Rome and workshops for children organised by the Digital World Foundation, aimed at bringing a younger generation closer to digital culture through various instruments and creative stimuli.Entry to all workshops and meetings is free of charge and places can be booked through email by contacting workshops@fotonicafestival.com (from the press release)

FRAME > The City Over Beirut