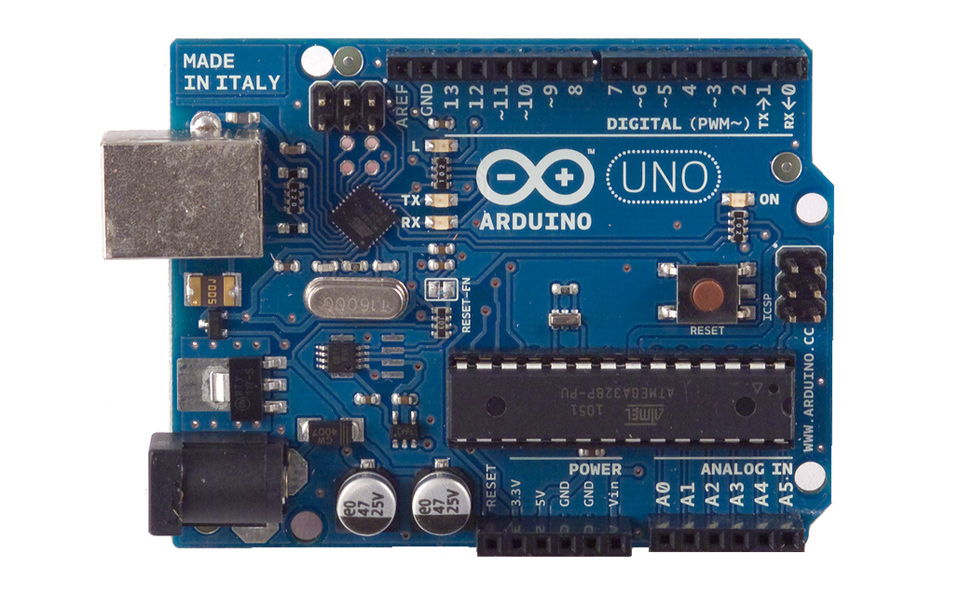 This is Arduino’s ‘portrait’, harwared developed at the Interaction Design Institute (founded by Adriano Olivetti at Ivrea) in 2005 by Massimo Banzi with David Cuartielles, Tom Igoe, Gianluca Martino, e David Mellis. The project was created to ease students to experiement prototypes. Arduino is, in fact, an open-source hardware, distributed under the Creative Commons Licence. Thi amatorial invention, playfully named as an Italian kind of the year 1.000 as well as a bar in Ivrea, was destined to become the center of the financial attention on a global scale. We will talk a lot about open-source, about issues related to copyright and its application on the arts. Now, let’s look at its structure an architecture masterpiece or as a work of Public Art.