From the Middle Ages to Videogames

Essays on interactivity in the arts in a choral volume edited by Roberto Cappai, Alessandra Franetovich, Anita Paolicchi published with Astarte

by Francesca Gallo
in books, focus 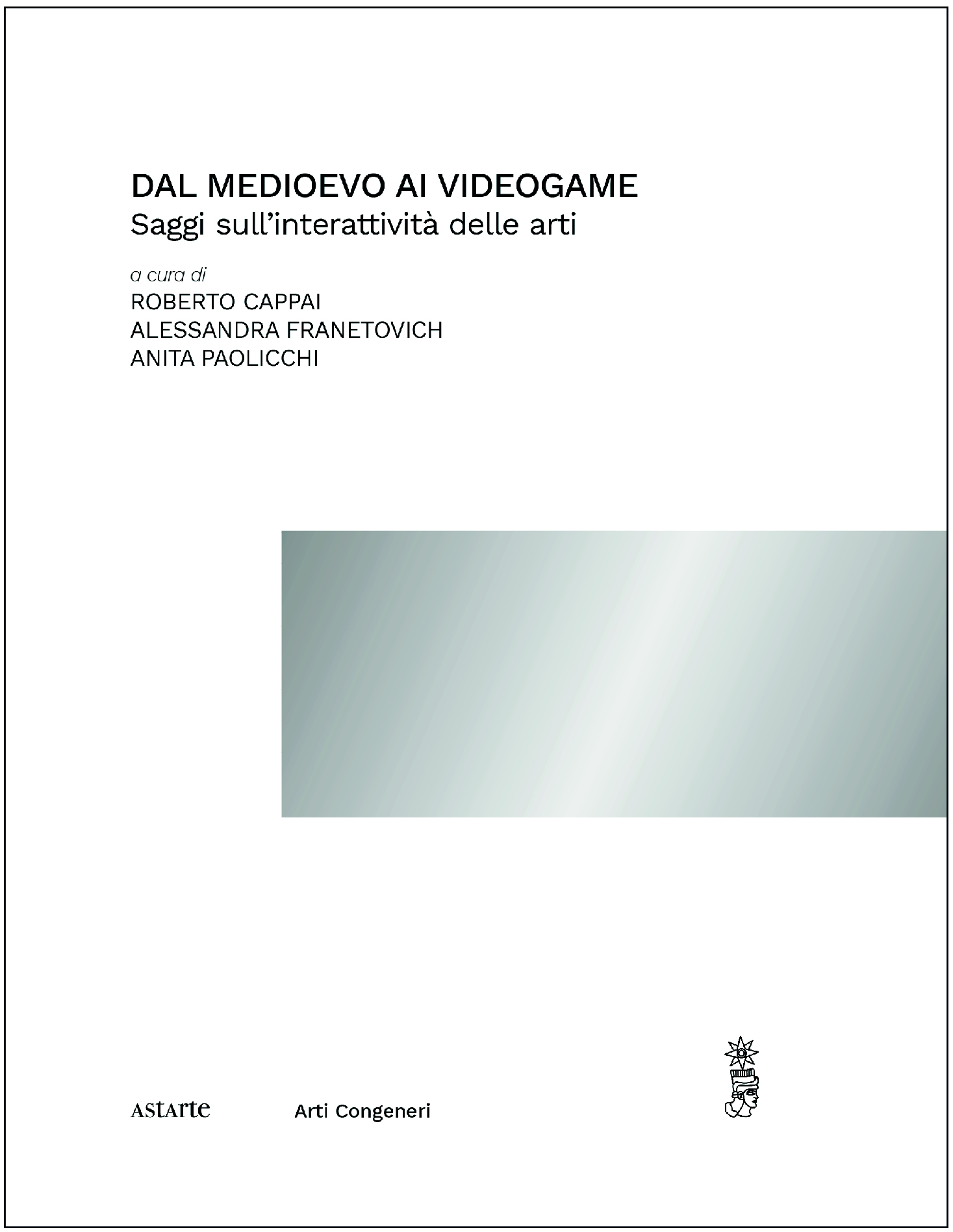 The reflective strip on the cover intrigues and immediately introduces the reader to the theoretical and experiential context reconstructed by the essays: a selection of the contributions presented during two study days promoted by the inter-university (Florence, Pisa, Siena) PhD programme in History of the Arts and the Performing Arts in 2018 and 2019 on the theme of interactivity from the Middle Ages to the contemporary age, passing through liturgical objects, music and theatre, restoration and videogames.

In addition to the broad chronological spectrum, the originality of the approach also emerges from the artistic geography, which broadens out to Moldova and Istanbul, in the texts by Alice Isabella Sullivan and Anita Paolicchi respectively, and to Moscow, with the text by Alessandra Franetovich. While in the opening Andrea De Marchi evokes the peripatetic dimension of liturgical environments in the 14th-15th centuries to which mural painting was subordinate, an understanding compromised by the removal of works from their original contexts.

Interactivity, therefore, is understood in a broad and multifaceted sense, which goes beyond the traditional participation of the viewer in the formalisation of the work, also including the involvement of the public in the liturgical function and the role played in the ritual by the physical environments or suntuary objects. A certain amount of space is also dedicated to the music at the centre of two essays, the first dedicated to the trespassing between visual and sound in 1960s Italy, in which Livia De Pinto recalls Alvin Curran and Paul Klerr’s contribution on the sound environment as a space of participation and extended interaction, through the example of Magic Carpet proposed at the Arco d’Alibert Art Studio in Rome in 1970. While in the second affonda dedicated to music, Giulia Sarno analyses – with the collaboration of composer-singer David Moss – the technologically mediated interaction between the various performers involved in The Table of Earth (2010), proposing its strong connection with aspects such as randomness and improvisation, traditionally at the margins of the debate on interactivity. 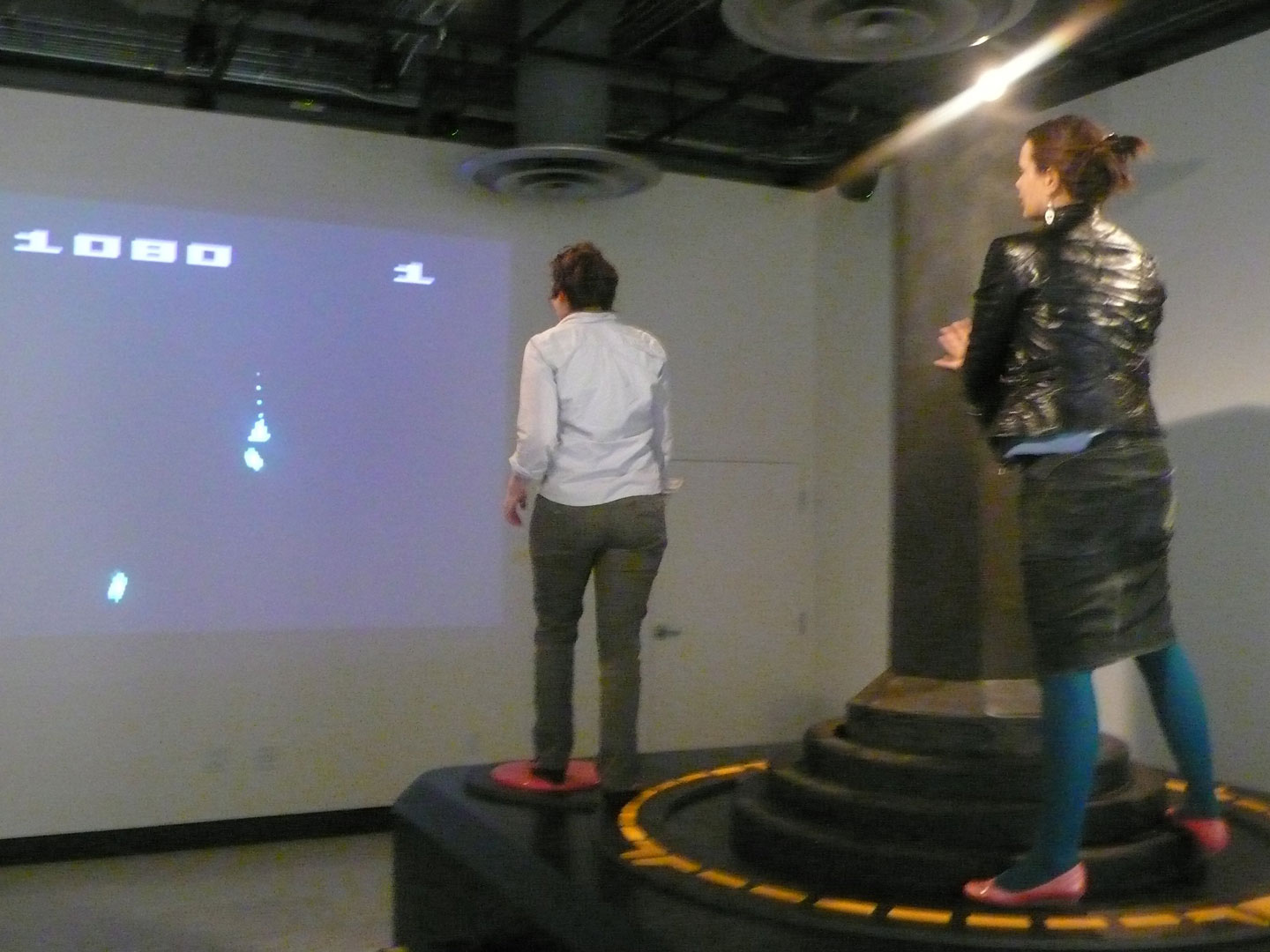 In such a plurality of declinations and points of view, therefore, the focus of the theme is variable: among the most pregnant contributions is the one dedicated by Benedetta Pratelli to the theatrical proposals of the mid-1970s, concentrated at the International Festival of Theatre in the Square at Sartancangelo, chosen for their use of public space as a stage and for the constriction of the audience in situations of minority and limitations such as to break complicity, with episodes of insubordination. Once fiction has lapsed, in fact, the identification between life and theatre also becomes real due to extremely diluted times.

Equally focused are the essays by Riccardo Fassone and Roberto Cappai dedicated to the videogame, the subject of recent art-historical readings because it is more afferent to the context of the media than to that of the arts, but in any case an interactive product par excellence – so much so that Fassone was compelled to concentrate on the implicit player, as he was unable to trace the history of the reception of individual products, which is subordinate to statistical surveys on empirical players. Finally, Cappai’s reconnaissance of products on the fringes of the entertainment industry reflects on the concrete place of the encounter with the user, namely the interface. Its weight is such, for instance, as to select a priori the addressees, namely white males, usually tickled by phallic joysticks on which, in fact, George Faraco jokes that in the booth of Gotcha! (1973) replaces them with breast forms. In the 1990s, on the other hand, artists creatively intervened in the medium by distorting its functions, expectations and operating modes, emptying the playful envelope of competition and levels of difficulty in favour of participation and collaboration, fundamental aspects of the game in general, a collective social activity. These operating methods also allow this type of experience to be traced back to those of traditionally understood interactive art, which in that very decade, thanks to information technology, grafted elements of not infrequently collective physical participation into aesthetic enjoyment.