Amerigo Mariotti contributes to GAME OVER. Future C(o)ulture in dialogue with Azzurra Immediato for her special investigation on new cultural identities

by Azzurra Immediato
in focus, Game Over, Interview

Amerigo Mariotti is the second protagonist of GAME OVER. Loading, Azzurra Immediato’s investigation for GAME OVER. Future C(o)ulture, a project aimed at exploring and analysing new cultural entities for future reconstruction. With a background in architecture and design, Mariotti is the co-founder of Adiacenze, a hybrid exhibition space devised as a workshop for cultural innovation that focuses on emerging art and on investigating the contemporary world in all its multiple facets in order to understand the role of art in Italian culture.

Amerigo Mariotti: I believe that culture today has needs that meet the very requirements of the society it addresses: creating the circumstances to try and understand the period we live in and the complexities underpinning it. We live in a contemporary world that is not at all simple; it is stratified, multidimensional and containing multiple identities. Culture has a duty to raise issues, questions and queries – society needs to be stimulated, inspired and encouraged to develop a critical stance towards its own time, opening up its perspective, letting itself be unsettled, involved and, why not, informed.

A heterogeneous container, mixed, where various skills can interact, grow and contaminate each other. Where possibilities are explored. A new cultural entity, in my opinion, should act as a facilitator, a connector between professions: a network, combining the importance of knowledge with the power of vision. 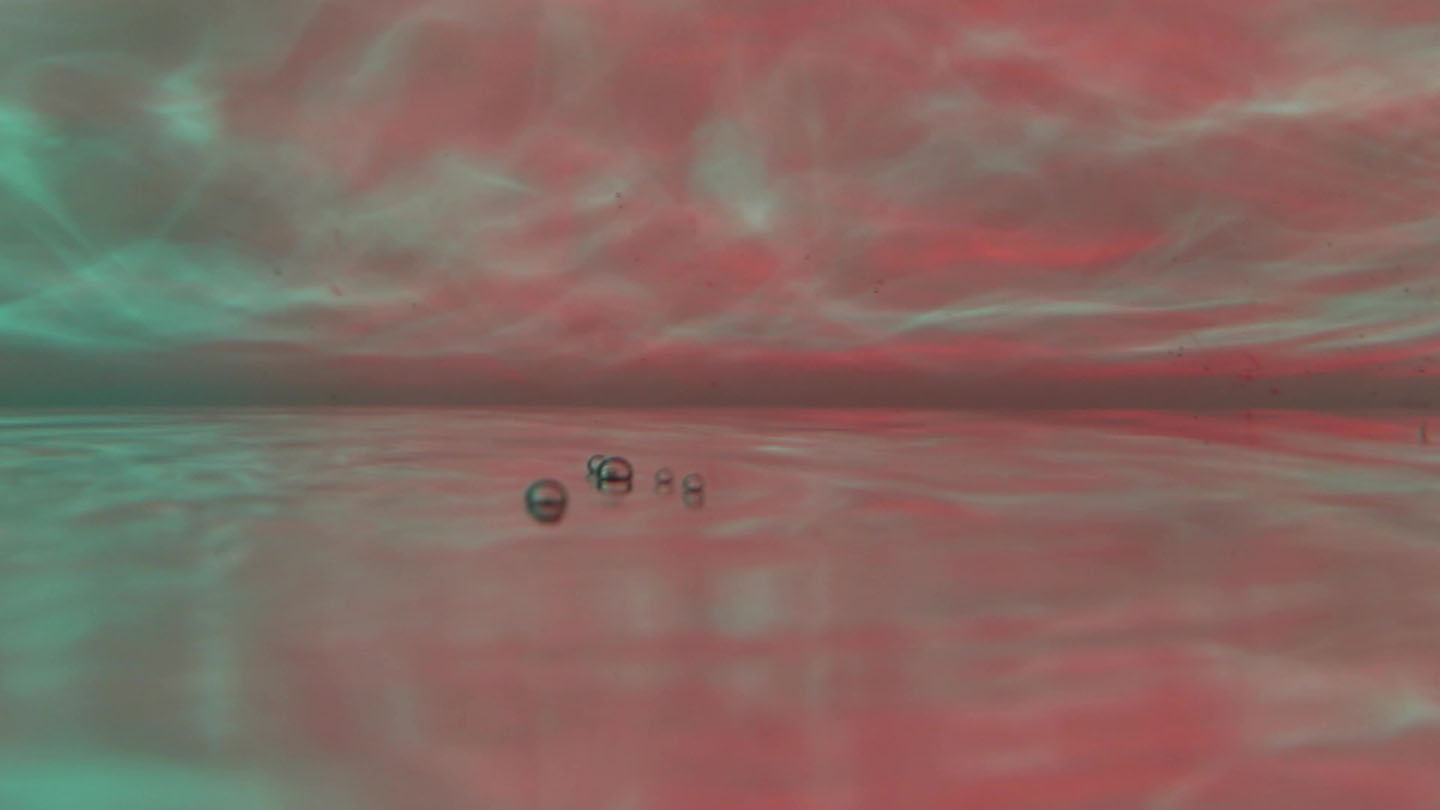 “Cultural hybridisation” and “crossing the frontiers of knowledge”: illusion or reality? Can a new, innovative habitat be imagined in which culture and other universes of knowledge can engage in dialogue and merge?

It is possible, of course. To a certain extent, especially in the field of research, this fusion is already a reality. And with increasing frequency, research is nowadays carried out in universities as it is in companies, laboratories, foundations and institutions. This is done through conferences, residencies, targeted opportunities for study and experimentation. It is to be hoped that this practice of contamination will widen and that there will be greater sharing between different fields, between art and science, encouraging a multidisciplinary approach to the making of culture, in line with the times.

I am convinced that a methodology based on multilateral thinking, a hybrid process of creation, mutually reinforces each field involved in the experimentation. This is already happening, but I hope we will increasingly be able to see more realities where, for example, an artist works in an architect’s studio, as well as in a research and development department of a company or within a university. 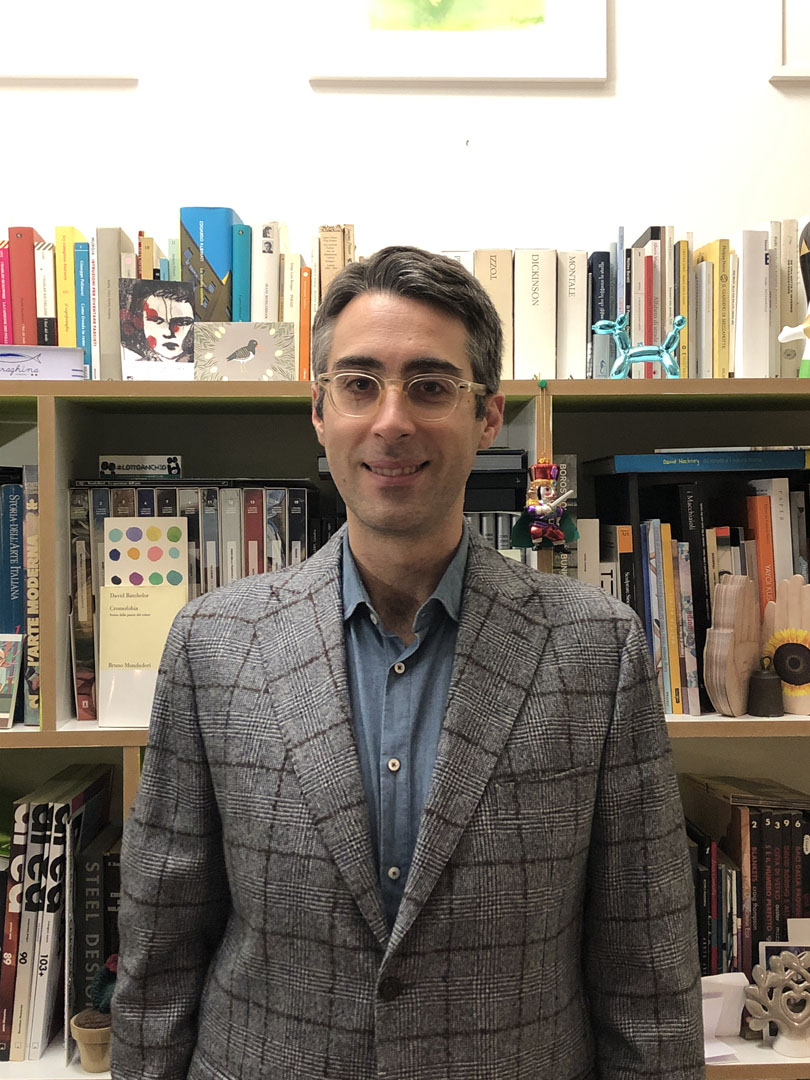 Amerigo Mariotti was born in 1978 in Lanciano in the province of Chieti. In 2010, together with Daniela Tozzi, he established the exhibition space ADIACENZE, of which he is artistic director. He works in the fields of art, design and architecture between Bologna and San Salvo in Abruzzo, where he runs his associated studio. Ad Adiacenze focuses on talent scouting, project designing and the organisation of exhibitions and special projects.

Amerigo Mariotti belongs to Azzurra Immediato series of investigations part of Loading, the preliminary phase of GAME OVER, a project aimed at researching and studying new “cultural entities”, people, objects or research from different disciplines (physics, bio-robotics, AI, agriculture and medicine) and transporting them into the art world. This is a research project, but also a gesture that goes beyond simple interdisciplinary dialogue, becoming quite radical: a real “transplanting” of research areas aimed at preparing future c(o)ulture, where “creativity” equals “invention” and “invention” equals contributing to a transformation. A spark, a sign of a genetic mutation, a change of direction, a short circuit. A different energy that is also marks a change which is taking place and could constitute new lifeblood for the Culture system. This first phase is an investigative one aimed at visionaries, hybrid thinkers from various fields, including those from the cultural sector, who can express their views on current needs, each in relation to their own disciplinary field while generally respecting culture and society at large. Project team: Anita Calà Founder and Artistic Director of VILLAM | Elena Giulia Rossi, Editorial Director of Arshake | Giulia Pilieci: VILLAM Project Assistant and Press Office; Chiara Bertini: Curator, Coordinator of cultural projects and collaborator of GAME OVER – Future C(o)ulture | Valeria Coratella Project Assistant of GAME OVER – Future C(o)ulture. Previous interview by Azzurra to Leonardo JaumannImmediato (Arshake, 28.01.2021).Other interviews and interventions: Primavera De Filippi (Arshake, January 21, 2021); , Interview to Valentino Catricalà by Anita Calà and Elena Giulia Rossi (Arshake, 04.02.2021); multiple interview Stefano Cagol to Antonio Lampis, Sarah Rigotti, Tobias Rehberger, Michele Lanzinger, Stefano Cagol (Arshake, 11.02.2021); Andrea Concas’s video intervention (Arshake, 18.02.2021)