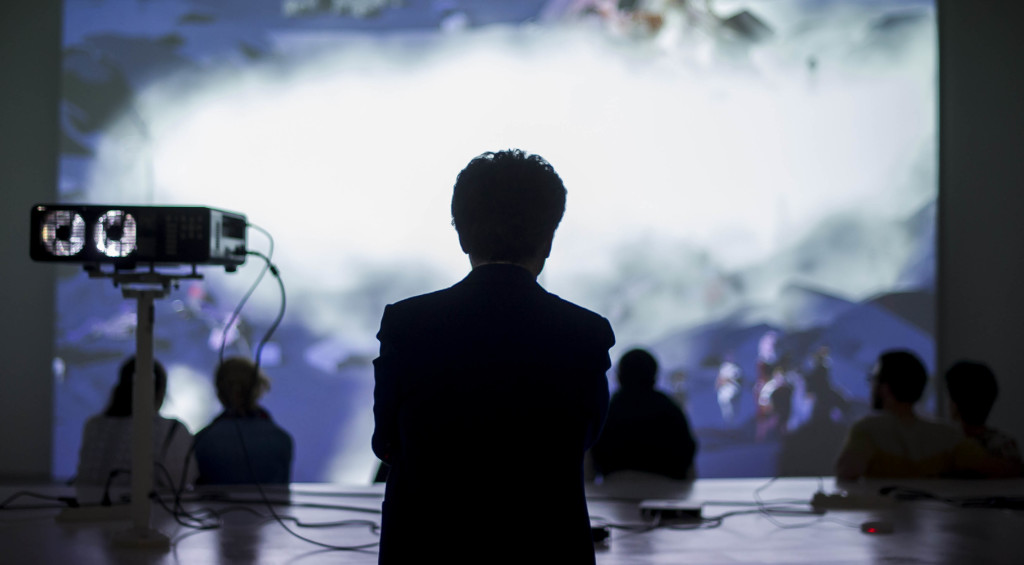 Hans Ulrich Obrist curated and presented the latest artistic revolution of 30 year-old Ian Cheng at Turin’s Fondazione Sandrettro Re Rebaudengo gallery. In a certain sense, this exhibit – open until 11 October 2015 – will be a unique and original experience for every visitor who will have the pleasure of attending – beginning with those who participated at the inauguration on 23 April. His latest work had been planned over a long period of time with the support of a team made up of approximately fifteen people who specialize in creating scenery like the one we see on the screen. 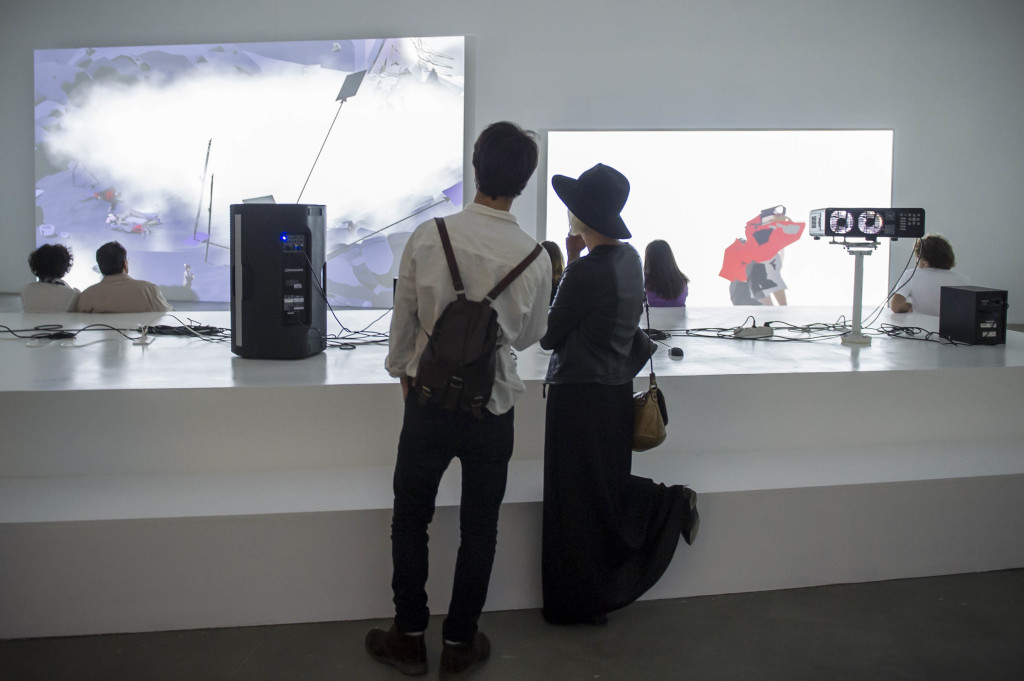 The result is the first episode of a trilogy entitled Once out of Nature, a work that is somehow alive; independent in its evolution from the will of its creator. This is the very reason why it is so fascinating.  Emissary in the Squat of Gods is a simulation inspired by the research of American psychologist Julian Jaynes whose work is based upon the premise that ancient peoples were not conscious and during moments of great stress they trusted in the response generated by the right side of their brains, attributable to the authoritative figures in their lives. The scenario presented by Cheng displays a tribe disturbed by a catastrophic event – the eruption of a volcano. The characters in this scene were created in great detail and designed according to specific fundamental elements but as soon as the programme starts, their movements are free and (above all) capable of influencing one another mutually indefinitely and uncontrollably. The result is authentically unpredictable behaviour – done and undone within a virtual ecosystem generated by complex algorithmic modelling and a passion for game design. 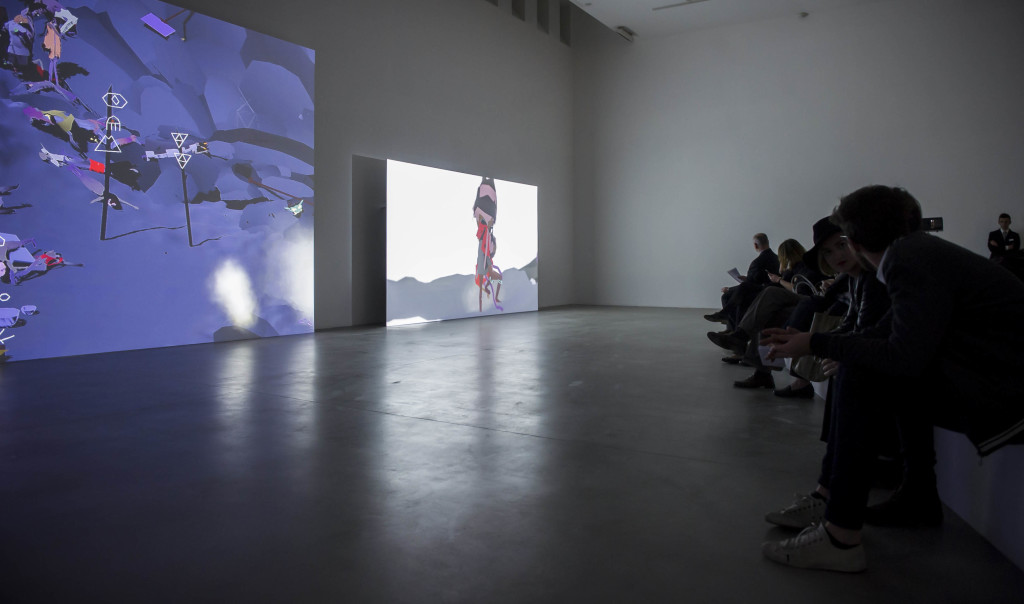 Cheng would appear to be an algorithm in a way. He graduated from Berkeley with a degree in Cognitive Science. Notwithstanding his background as a scientist, he chose to follow a path dedicated to art in order to avoid having to work on the same project for decades or to live with a single goal. This choice allowed him to take on the possibility of change through – among other sentiments – the feelings of anxiety that it causes. Cheng’s artistic pursuit concentrates on the evolution of the concept of personal conscious, the changeable reason of things and the idea that each of us needs to find a way to accept change during our lifetimes.

Dancing with Maria Fux. A matter of rhythm.