Kinkaleri’s Butterfly: a Story of Love for Appearances

by Silvia Mergiotti
in focus 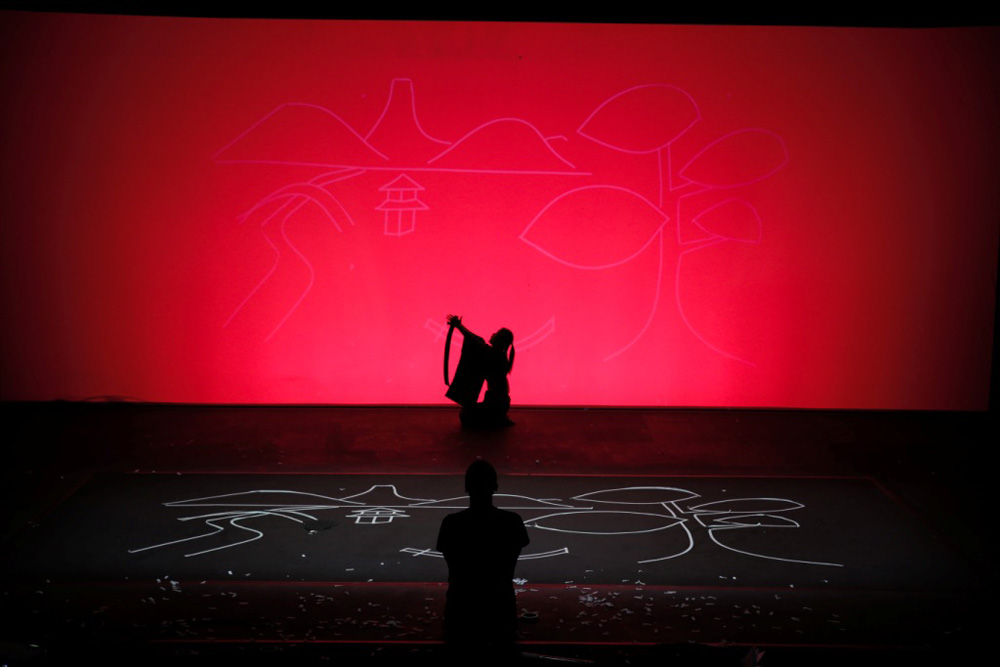 The love story between the geisha Butterfly and the American Pinkerton is a heart-rending drama, romantic and tragic, in which disappointment triumphs over passion and death over life: how can such a story be told to children?

This is the challenge facing Kinkaleri, one of Italy’s most important companies in experimental contemporary dance, who return to the stage for the forty-sixth edition of the International Theatre Festival in Piazza di Santarcangelo with Butterfly, an opera in three acts freely based on Giacomo Puccini’s famous melodrama Madame Butterfly.

Only two actors populate the stage: the soprano Yanmei Yang, in the role of Butterfly, and Marco Mazzoni, who plays all the other characters. And in this minimal setting Mazzoni constructs a fairy tale: with a few simple props – adhesive tape, a few rugs and pieces of cloth, some masks – he breathes life into a series of tableaux which seem to take us straight into the pages of a picture book. 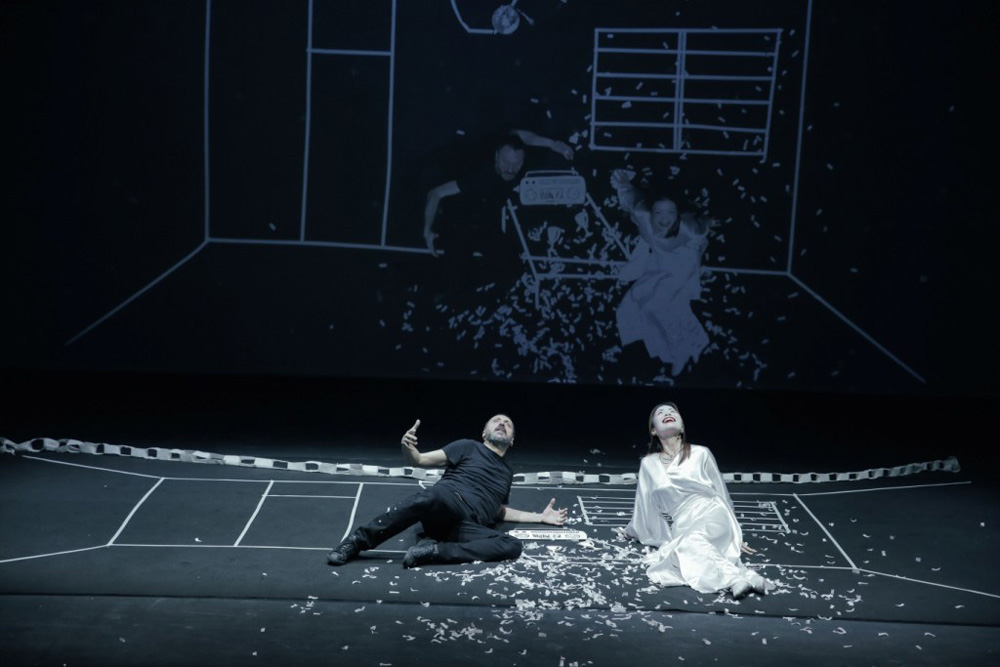 Butterfly tells a story of love set in the exotic east in the early twentieth century. Japan, at that time a faraway land of enchantment and mystery, becomes the ideal frame for the passionate tale of the two protagonists: the magnificent Butterfly, the young woman whom Pinkerton marries, binding her to him for life.

But the staging reduces the plot to its core, freeing it from the shiny trappings of melodrama, although some of the most poetic arias are retained.

And so the story becomes the pretext for the development of a musical and visual spectacle which, by focusing attention on geometric shapes, colours, projections, optical illusions and artistic references, acquires the immediacy that makes it enjoyable for an audience of children and fun for adult viewers.

The stage is empty and dark, and into the dark Marco Mazzoni makes his entrance, dressed entirely in black to match the floor: he begins by telling the story of the two lovers. His words immediately become a figurative story, told in movement and images. A video camera films the stage from above, and the video is projected simultaneously on the backdrop, overturning figure and form to create a play between the two dimensions seen on the backdrop, like moving scenery, and the three-dimensional, the real bodies that move, dance, come together and touch each other onstage. 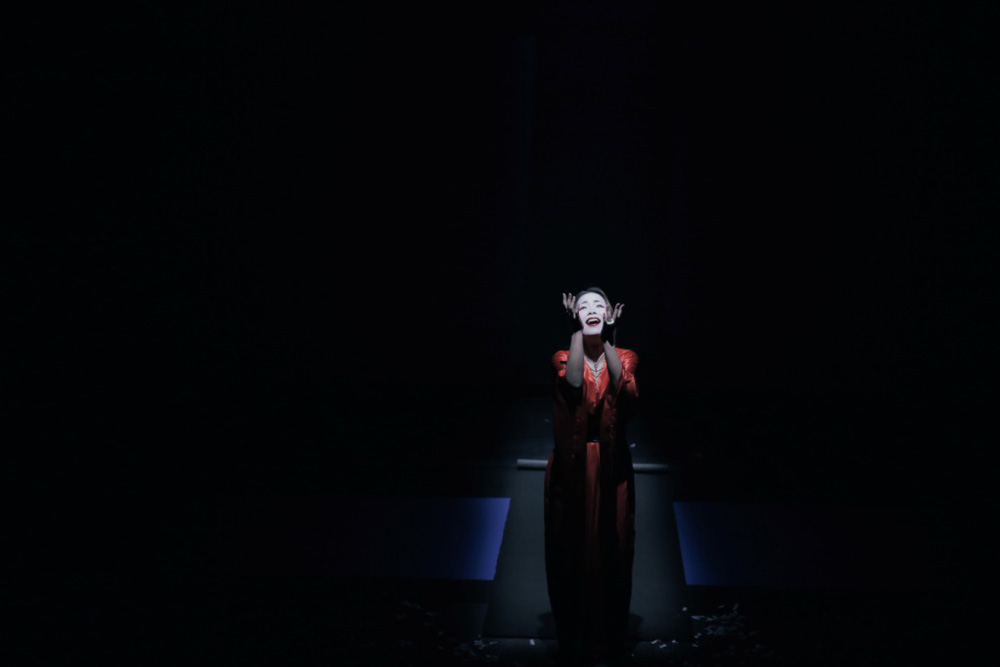 Mazzoni begins to make geometric figures on the floor using white sticky tape; projected on the backdrop these appear as the stylised outlines of a typical Japanese house. He lies on the floor, puts on a mask and the story begins, with the entrance of lieutenant Benjamin Franklin, Pinkerton and the consul Sharpless. The spectator’s eye is inevitably drawn to the images appearing on the backdrop. Lying on the floor, his body in continual tension, Mazzoni makes contained, decisive movements, but in the projected images, he seems to hover in emptiness, or rather, in a drawing, as if this were the pages of a book or a puppet show.

Attention therefore shifts to the figurative; the drama is composed of images, references and optical illusions, resulting in a simple, linear narrative based on perception and intuition. It’s a different way of making the young audience’s experience of theatre easier, but of high quality, allowing children to come into contact with one of the best known operas, with theatre, dance and visual experimentation.

And so the show becomes a visual installation created live, improvised, dismantled and rebuilt, escaping the limits of mere dance and melodrama, to reach another, direct artistic dimension  which is accessible even to an audience of children.