by Laura Leuzzi
in focus 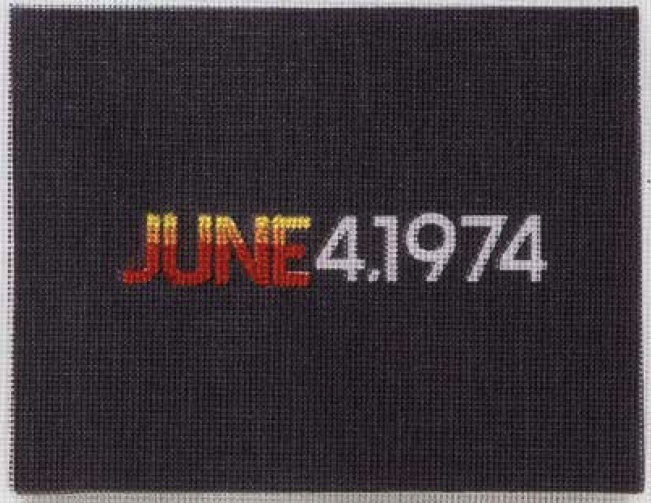 Dall’oggi a domani. Overnight. According to Tullio De Mauro’s dictionary of the Italian language, “without warning, from one moment to the next”. This expression, “stolen” from a small tapestry by Alighiero Boetti, provides the title for a fascinating exhibition, curated by Antonella Sbrilli and Maria Grazia Tolomeo and on show at Rome’s MACRO until 2 October 2016, which invites us to see time, particularly everyday time, through the eyes of contemporary art.

Counting the days, freezing an instant, manipulating dates and calendars, uniting cosmic, historical and personal time, celebrating a moment in the day: these and many others are practices used by the artists to reflect and make us reflect on the 24 hours which mark the passing of each day. These are practices – as Antonella Sbrilli comments in the article which introduces the catalogue – which encourage repetition, re-enactment and, we might add, imitation and identification, two mechanisms that can be traced back to mimicry, one of the categories of play identified by Roger Caillois (Les jeux et les hommes, 1958 translated into English by M. Barash, Man, Play and Games, Free Press of Glencoe, New York, 1961). 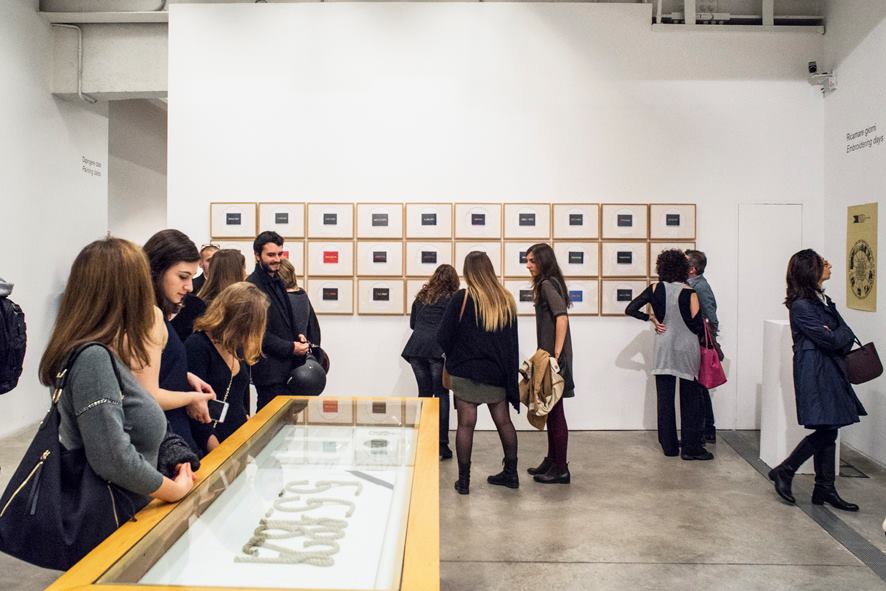 This highly playful and performative aspect is fundamental in the exhibition, which is enlivened, and will continue to be enlivened in the coming months, by various events including play and performance, besides encounters, workshops and readings.

The show extends beyond the boundaries of the museum walls to interact with users of Twitter, Facebook and Instagram. After all, this exhibition grew out of a research project carried out by Antonella Sbrilli through the blog “diconodioggi”, which recounts every day by means of literary quotes, with numerous references to visual arts, music and cinema. The artwork that appears on the homepage of diconodioggi is included in the show: Daniela Comani’s Sono stata io. Diario 1900-1999, which condenses some of the historic events of the twentieth century, all narrated in the first person (hence the title: “It was me”), in “only” 366 days. 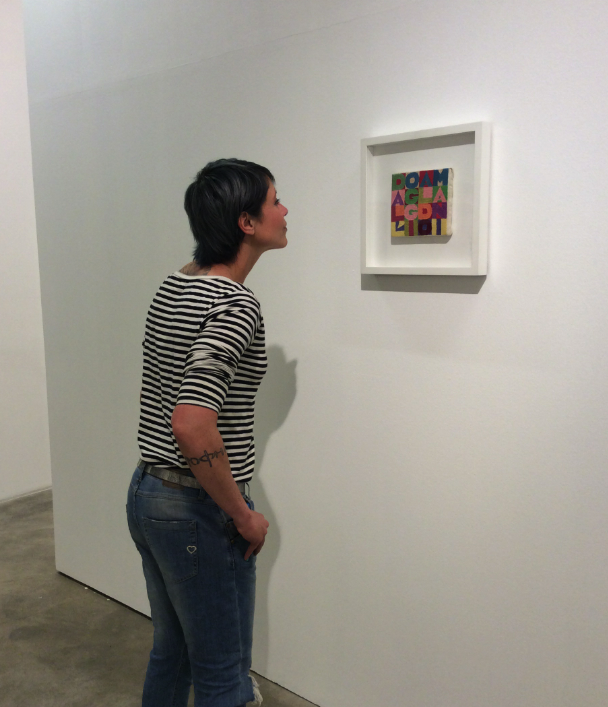 The exhibition opens with two classic works: the painting Un mio istante (1928) by Giacomo Balla, who in the same year was to sign another painting of the same name with the annotation 4 aprile 1928, ore 10 e due minuti; and the tempera painting on card L’alba, io giorno e la notte, sketches of the stained-glass windows – now sadly lost – of the Casina delle Civette at Villa Torlonia in Rome.

The exhibition contains many works dedicated to Alighiero Boetti’s ideas of time, including his “bachelor” watches with the numbers of years (Orologi annuali, 1977-1994), his embroideries about dates and his Calendari.

Visitors can also admire some re-discovered small gems, which will surprise even the most knowledgeable. An example is Grammatica quotidiana (1989), a paradoxical little calendar by Maurizio Cattelan which always shows “today”. In the Dates section, we find Francesco Vezzoli’s embroideread, a series of small embroidery pieces which doubly reference Japanese artist On Kawara: the famous Today Series, also on display, for which the artist created a painting every day from 1966 to the day he died, showing the day’s date, and discarding those he did not manage to finish within the 24 hours; and I read (1966-95), a collage made of cuttings from daily newspapers from the place where he found himself on that day. On Kawara, who shied away from interviews and did not even appear at the openings of his own shows, developed the theme of presence in the here and now throughout his work: the exhibition also contains the mail art piece I got up (1968-79), a series of postcards he sent to inform his friends when he got up. 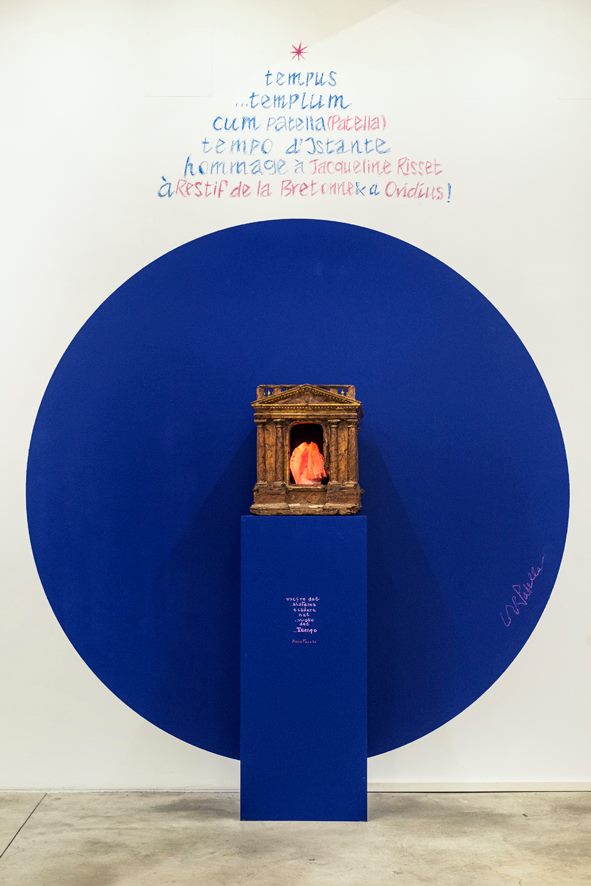 Among the site-specific works, somewhere between the astral and the earthly we find Luca Maria Patella’s striking temple to time (Templus/templum/cum patella/tempo d’istante, 2016), with quotations in a blue circle alluding to Ovid, French writer Restif de la Bretonne and the poetry of Jacqueline Risset, and a small temple with a shell whose delicate illumination evokes the alternation of day and night.

Time stands still, however, in an “exploded” instant in the room made by Manfredi Beninati (“Non ho mai capito cosa s’intende per dilatazione temporale. E voi? Forse vuol dire pensiero?” Così iniziava una sua lettera, 2016), which, visible through a small window, tells us a story – or many stories – which we can make our own and imagine for ourselves. 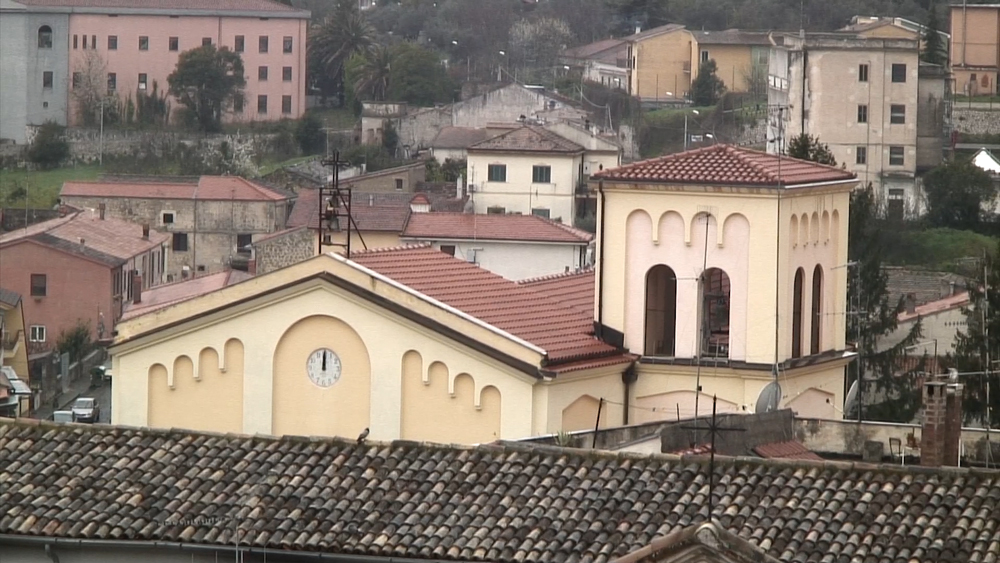 The exhibition ends with two video installations. Firstly, Quattro minuti di Mezzogiorno (2010) by Elaine Shemilt and Stephen Partridge, tells in the aesthetic gorgeousness of high definition, the apparent immobility of midday in the small Molise town of Venafro, where the church bells, in dialogue with each other, prolong the feeling of suspended time. The title of the work evokes a key moment in the life of farmers in the South of Italy. Finally, Daniele Puppi’s audiovisual installation recounts parallel moments in the famous film Psycho and its remake, in which every second counts.

Kinkaleri’s Butterfly: a Story of Love for Appearances

Kinkaleri's Butterfly: a Story of Love for Appearances