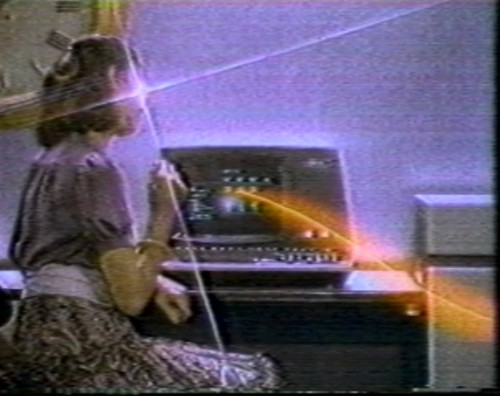 Cut to Swipe is the title of the group exhibition being hosted at New York’s MoMA inaugurated on 11 October 2014 and open to the public until 22 March 2015. The show is curated by Stuart Comer, Erica Papernik and Leora Morinis and presents some of the works recently acquired by the Department of Media and Performance Art of the famous American contemporary art museum. The exhibition includes works that date back to the 1980s as well as installations created as of late.  The result is an obligatory reflection upon the form and substance of the imposing generational leap forward linked to the shift from analogical to digital in all of its productions – be they television, photography, cinema – connected to the web or the industry.

The exhibit displays installations and works which ideally belong to the same era but they are actually on opposite ends of the spectrum in terms of the material, support, media and technology used; to the point that they even appear unrelated. The speed with which means of communication has proliferated in the past twenty years (including in the sphere of art) is explored in an exhilarating manner. 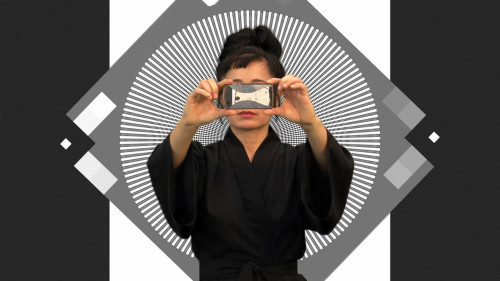 Two works in particular can be identified as antipodes, the key elements of the exhibit: Dara Birnbaum’s PM Magazine (1982) and Hito Steyerl’s How Not to be Seen: A Fucking Didactic Educational MOV. file (2013). In both cases, the artists sought a connection with the spectators based upon a flow of images but with incredibly different results. It is baffling to ascertain how the speed of software and editing development over a relatively small amount of time has led to widespread diversification of support, format and interfacing. An example of this is touchscreen technology.

The reflection continues beyond the developments of modern technology to arrive at the use we usually make of it. This can be seen in the video by James Richards entitled Rosebud: it focuses the attention of spectators upon the enormous flow of information made available to us every day by proposing a sequence that gradually leads us to ask ourselves a crucial question: Are we capable of deciphering its meaning? 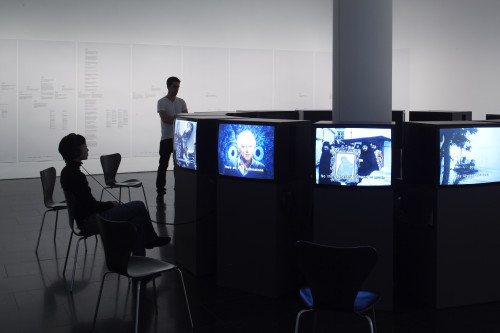 On the other hand, the project called Inner Time of Television by the Otolith Group in collaboration with Chris Marker proposes the use of thirteen televisions for educational purposes – each of which are programmed to offer an analysis on culture in Ancient Greece. The installation offers spectators an opportunity to focus upon one or more aspects of this theme by benefitting from the stations at their disposal in the exhibit space. Finally, the exhibit is presented as a multi-faceted itinerary filled with references linked to its chosen title: If Cut is to be interpreted as collage and photomontage (two pillars of artistic expression in the 20th century), Swipe might refer to the impact of 21st century communication where images tend to elude our control (including our physical control) by suggesting possibilities that are beyond the support known (to date) and an influence on our real lives that is yet to be imagined.

The non-places of Franco Belsole