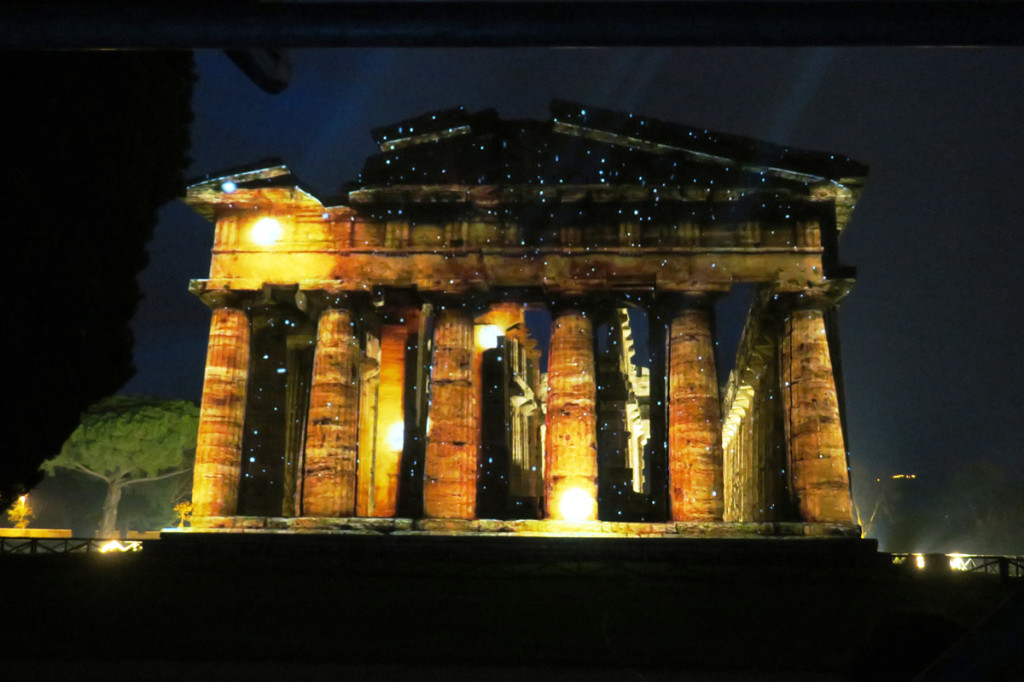 «The temples at Paestum are not easily visible». And not because «they are small» or because «it’s hard to get there». But because «they have been photographed, painted and filmed too many times». These are the words of Gabriel Zuchtriegel, the new manager of the Paestum Archaeological Park. Last 19 December he and Andrea Viliani, director of the MADRE Museum of Contemporary Art in Naples, presented Archè by Alessandra Franco (b. 1974 Naples) at the MADRE Museum Library. Archè is a light project that not only connects the ancient past to the present by way of a powerful video-installation but also aims to revive the perception of its spectators by creating an immersive effect made up of light, pulsating images and nocturnal visions that redesign the architecture of the Temple of Ἥρα (also called the Temple of Neptune). 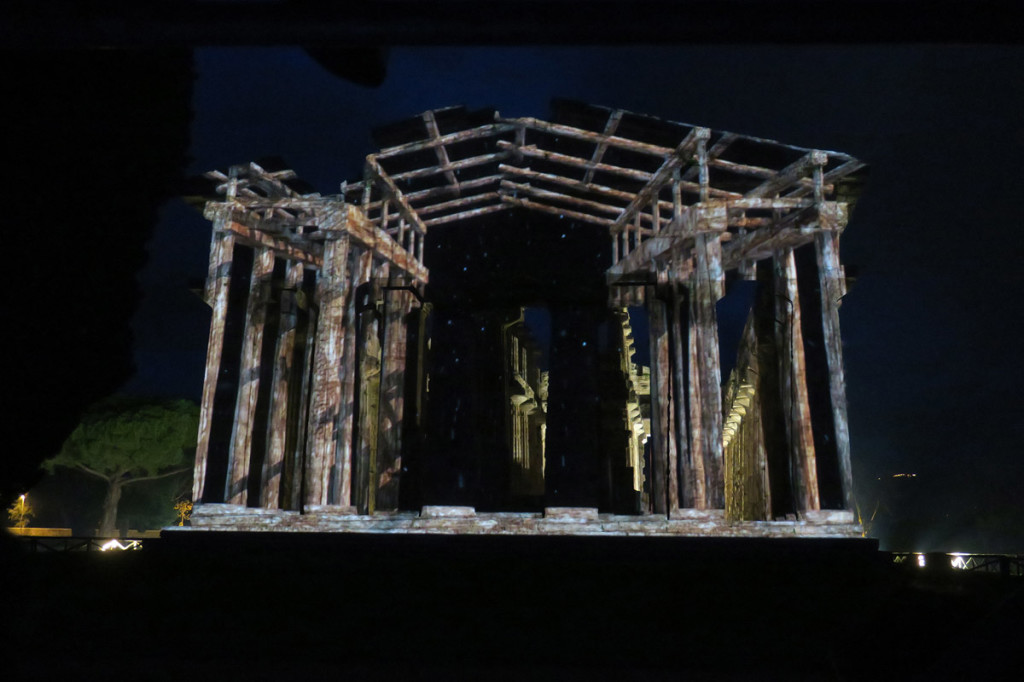 A work of intense emotional impact, Archè makes the imagination of its spectators sparkle by offering them a chance to partake in a show that extends the incorporeal matter of contemporary art onto the temple’s massive façade – its six Doric columns, the architrave, metopes and triglyphs of the frieze, along the tympanum framed by cyma moulding – and bring motion to life with luminous and colourful effects in constant evolution, capable of transforming immobility into uninterrupted action and abstraction, a contemplation of the archaic in dynamic effective metamorphosis. The event’s curator Adriana Rispoli suggests, «This is a remarkable experience. The video involves all of our senses and triggers the silent architecture. There are various narrative themes involved, for example the stones used to build temples and the myth of Hera: a representation, an authentic performance. The skin of the temple becomes the support of the story but it is also the area in which spectators must let themselves go». 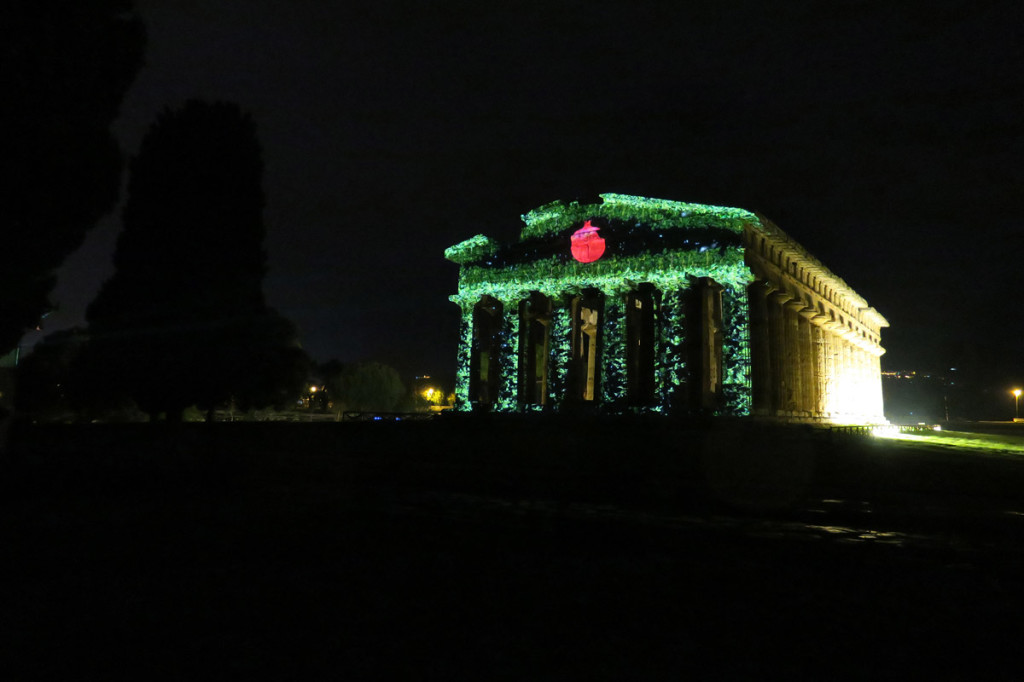 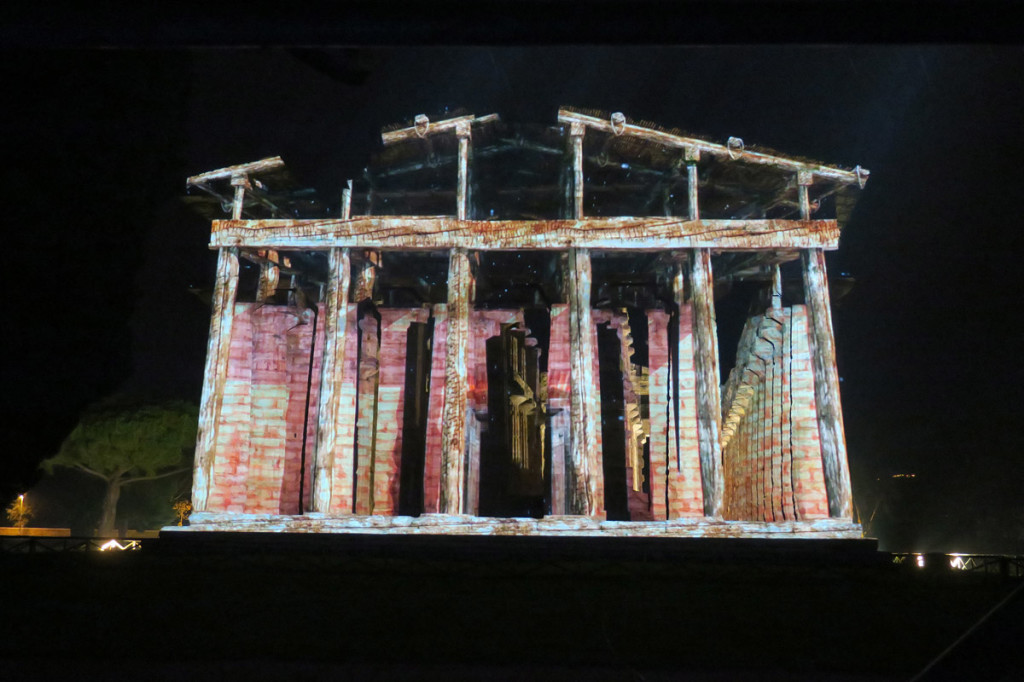 With her Archè, Alessandra Franco draws the public’s gaze into a flowing and disarming environment that looks back upon a document from the past (and invites everyone else to as well) with a contemporary slant to attend to a magical monument (albeit for just a moment) that becomes an atmosphere, a game and festival – a cheerful preface to an artistic enchantment, a fantastic vision and astonishing (and art has a need to amaze) emotional formalization. Definitely a must-see, Franco’s new lumino-kinetic artwork takes a new look at the concept of time and duration to dematerialize the environment and offer a new perspective, a new and unprecedented  design that transforms artwork into an event, an authentic social situation and a place of presentation where spectators can consciously experience their own presence.