A brilliant galaxy of images and a constellation of photographers are sure enough evidence that in many cases photography has been a technological tool through time inclined to act (voluntarily and involuntarily) as a mirror to an anthropological fabric. The work of Henri Cartier-Bresson immediately comes to mind as do Franco Pinna’s important anthropological portraits used by De Martino in the drafts of his famous essays. Photographers, swept away by the sentiment of travel, have offered (and continue to offer) vivid evidence and eloquent visual journals linked to inhabitants of faraway nations or the traditions of innocent lands. 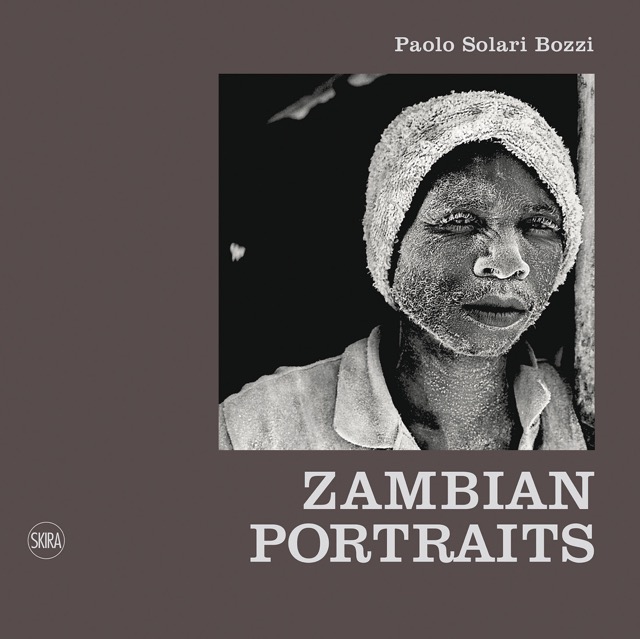 Zambian Portraits, Paolo Solari Bozzi’s most recent book published in an elegant bi-lingual edition by Skira Publishers, follows this artistic stream to present the spectator with a series of exceptional ‘anthropographs’ which open a window onto the Zambia of today , as Mirella Ricciardi fittingly described them in her brief and succinct introduction. (In this book, the images speak through their powerful silence!)

After an initial adventure which resulted in the birth of Nambia Sun Pictures (Tecklenborg 2013), Paolo Solari Bozzi presents a new travelogue, visual memories, thoughts and reflections on a people and their land on a continent (Africa) that fluctuates between the past and the present; between ancient traditions and an increasingly dangerous and cruel global-level conformism dictated by the world economic policy.

A young girl who looks at us with a smile from a train (On the train from Mazabuka to Kitwe), a series of children playing amongst bales of hay in a wheat field (Near Lusaka), the work of dauntless figures or an entire series of faces that reflect the primordial strength and pride of the African people. These new photographs by Solari Bozzi are biting yet soft and restore the atmosphere of human stillness. Above all, they depict the dynamic vision of a race still capable of smiling with a sparkle in their eyes and the hospitality of a people “whose friendly attitude – warm, peaceful and welcoming – has permeated this photographic project in countless ways” (Solari Bozzi), in this gift that the man and artists offers us to ponder human nature and life.