at the Doppelgaenger Gallery in Bari

by Roberto Pugliese
in exhibitions, focus

Pier Alfeo’s exhibition was officially opened on 22 February in the Doppelgaenger Gallery in Bari. A composer with many productions in the field of experimental electronic music already on the go, Alfeo is now expanding his poetry into a more visual context. The exhibition includes both interactive and non-interactive sound installations, as well as graphic works created using laser engraving on a range of materials which are derived from mathematical functions which the composer usually uses in the production and processing of sound. 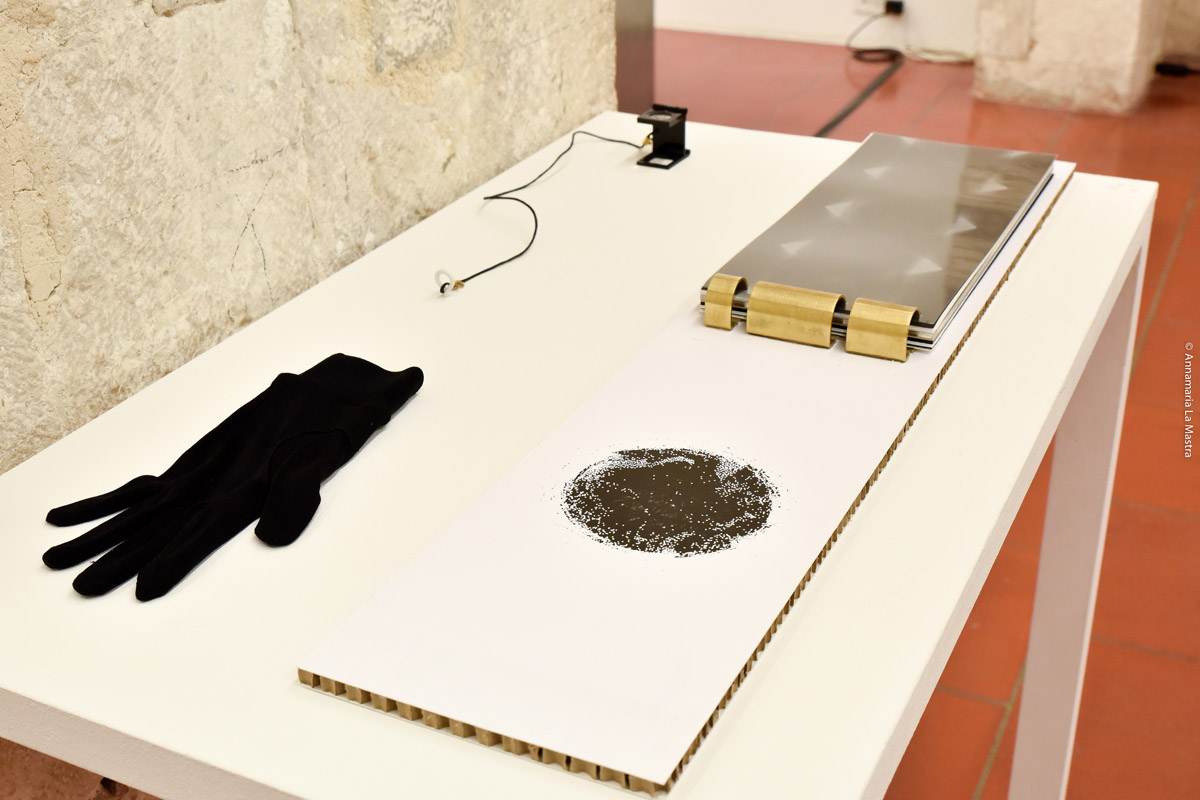 One of the installations is Incisione sul silenzio [Engraving on silence] – a work which lends its name to the title of the show, which comprises a microphone which picks up ambient noise, which is then mechanically translated by way of a piece of tailor-made software, thanks to the pneumatic capacities of a loudspeaker and embossing burins positioned on it, creating an engraving on a copper plate which is reminiscent of a sonogram. Another installation is Interferences quartet, a work which already won the “Matera Intermedia Festival 2018” Prize, held in Matera last year. 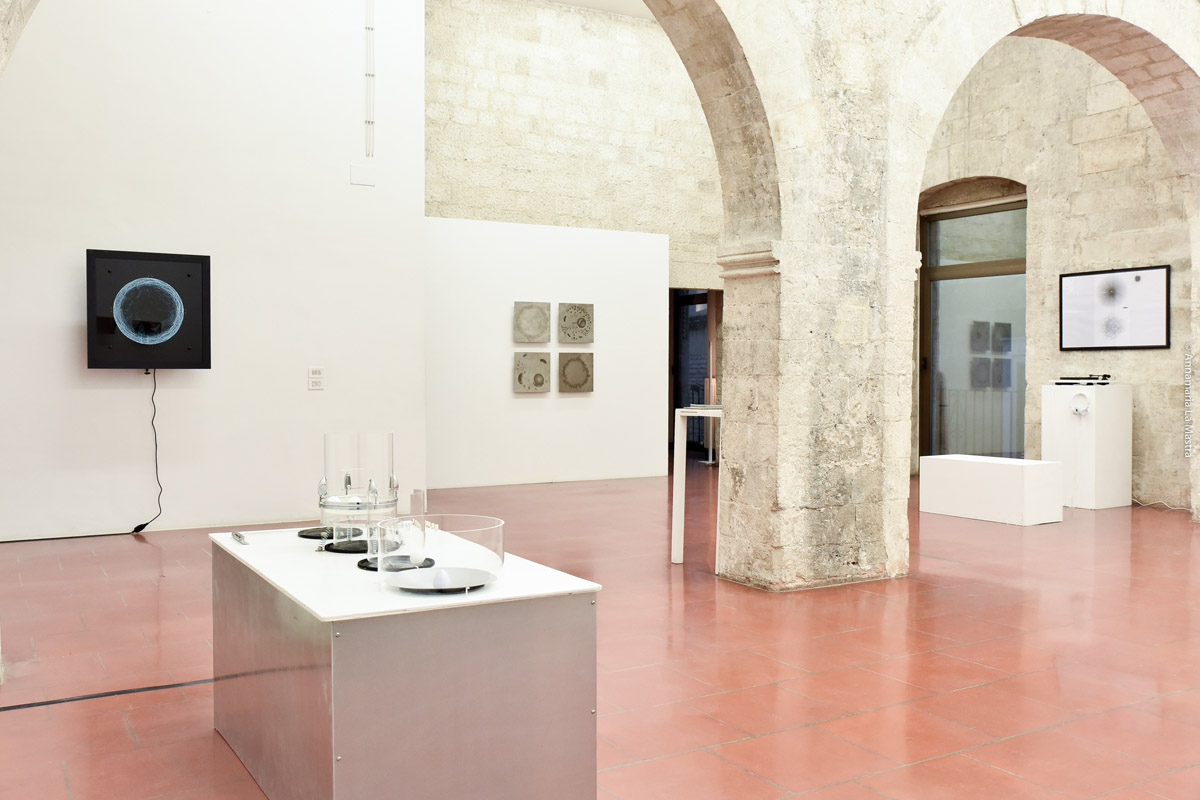 This piece also makes use of the pneumatic capacities of loudspeakers – four of them, in this case – within which there are spheres made from different materials which bounce when subjected to the low frequencies played, thereby generating acoustic objects which create sound; the composition mainly uses frequencies between 12 and 18 hertz, i.e. the frequencies which mainly result from human activity and which are the focus of many studies as they have been declared harmful to the body, and not just the human body. Numerous studies are highlighting how the frequencies in this range can alter the physical and mental condition of both humans and the fauna which comes into contact with them. Meanwhile, “principle of organisation” is the title of the interactive installation which is based on a laser engraving on a sheet of black glass illuminated by LED strips. 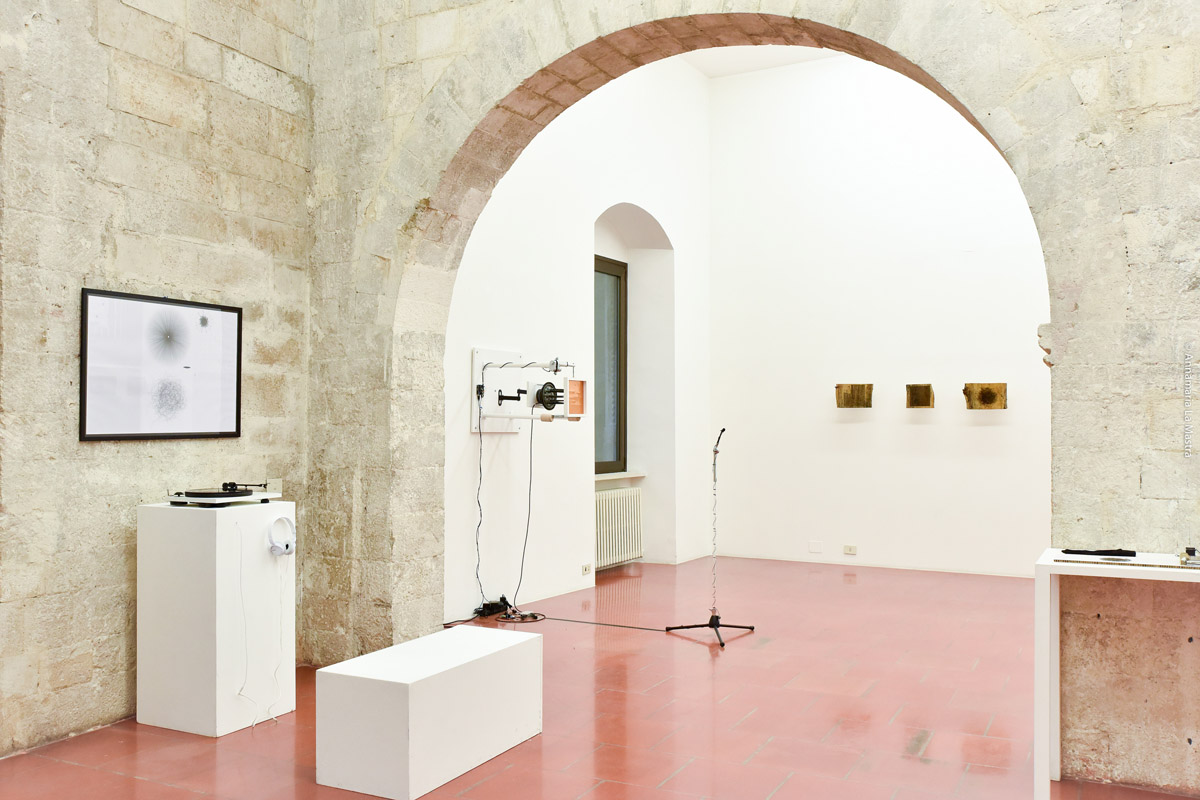 At the sides of the engraving, there are four proximity sensors which allow visitors to activate four different sound lines and process their spectral content by interacting with hand gestures. The last installation consist of a turntable placed on a white pedestal with the only copy of a lathe-cut vinyl record pressed specifically for the exhibition, containing three electro-acoustic compositions made by Alfeo over the last few years. On the wall just behind the turntable is the open gatefold of the disc, featuring the printed sheet music for one of the compositions present on the vinyl, all that fall. 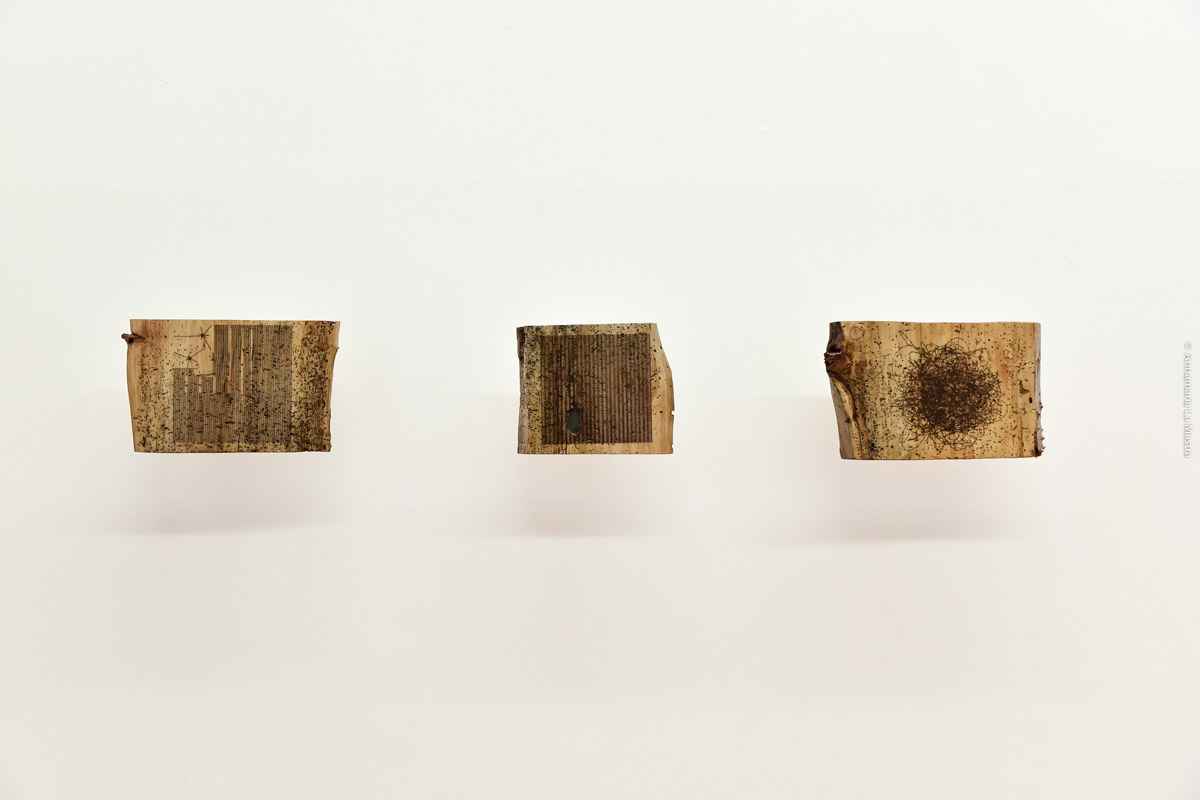 The laser engravings are presented both on sheets of acid-etched steel and on planks taken from a trunk recovered at sea, and in both cases, the contrast between the material and the engraving by subtraction provides an elegant yet impactful effect at the same time. Attention to detail and a certain ‘mathematical’ and analytical cleanliness are also the features of the artist’s book, presented at the exhibition, in which Alfeo has included most of the mathematical series, visualisations of data and research which led him to create the Principle of organisation installation. 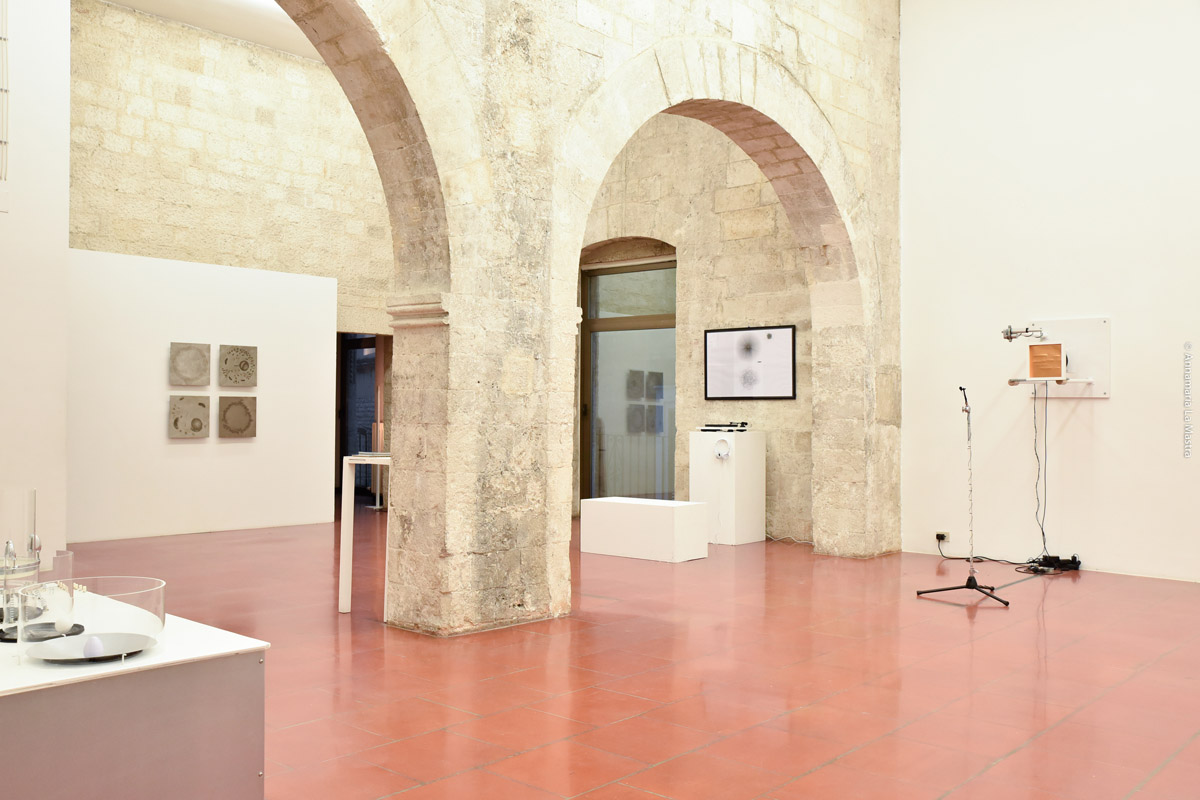 The book is made from different types of paper, Plexiglass and brass, and contains various miniature images which can be viewed through a magnifying glass provided by the artist. The exhibition reintroduces the idea of a work being created with consistency and knowledge, characteristics which are unfortunately all too rare in the field of technological art, and even more so in what is known as Sound Art, whose almost total lack of competent criticism means that it is increasingly easy to come across works which have no scientific, technological or real research-related link whatsoever to the sound.

SHE DEVIL, We Will Survive