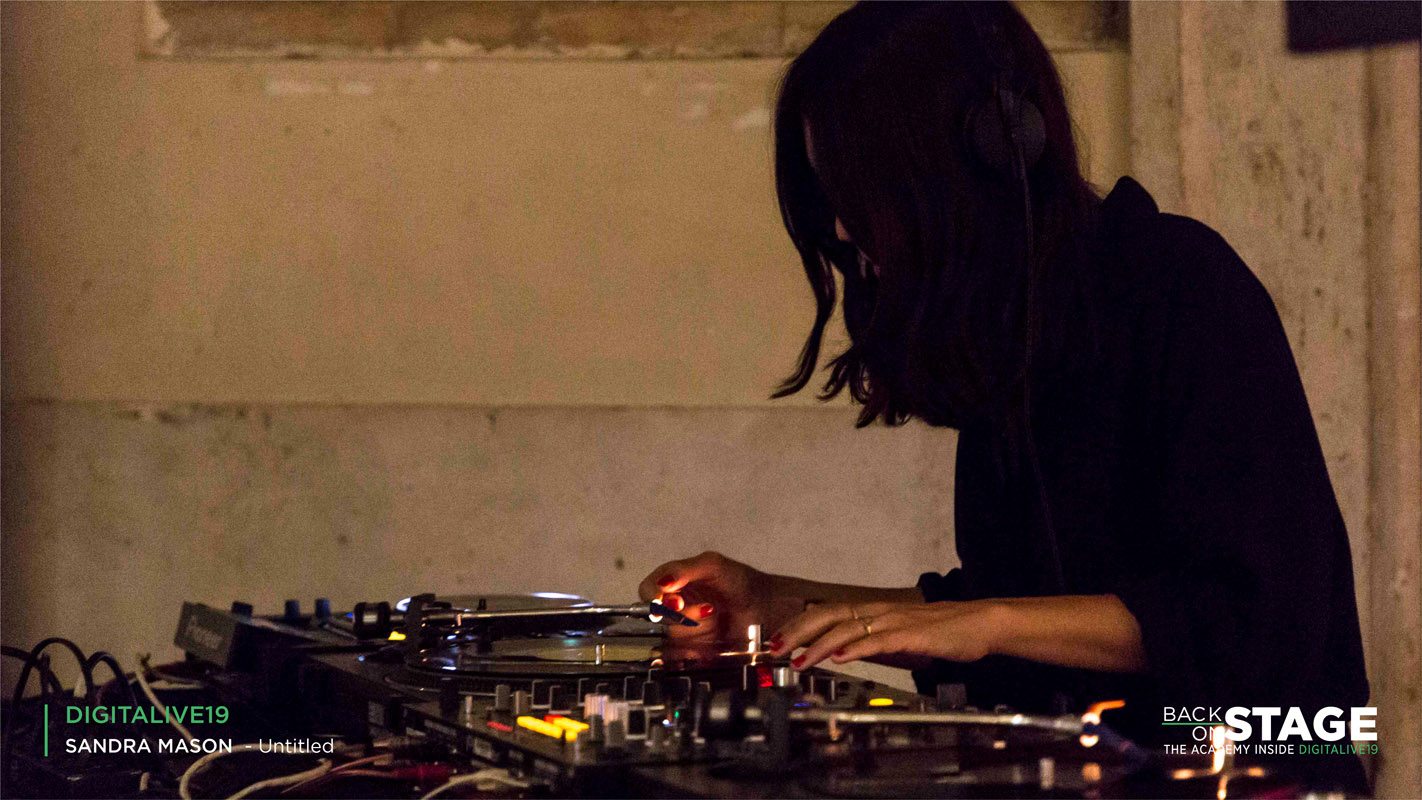 The DJ Enrica Borsatto, aka Sandra Mason, took the spectators of the Romaeuropa Festival. Digitalive19 on a sound journey that gradually moves towards reality, going beyond conventions. The sounds created by the artist encourage listeners to close their eyes and be carried away, free in their own worlds. Speaking about herself, Sandra Mason says she is a xenophile, admitting that she does not like Italian music. A vinyl collector, she defines her work as “bent”, labelling with this adjective all that mixture of vintage synthesisers, dirty drums, rhythmic waves and deep psychedelia that she uses in her DJ sets. Bent is in fact a word that suits her sound dynamics. When you hear it, you perceive a succession of non-linear sounds, one taking over from another, always going in different directions, following a clever logic which is never predictable. Her work touches on all the central themes of Digitalive19, such as the “contemporary tribalism” because, as she herself says, “music lovers are like fluid tribes that reconstitute themselves according to musical tastes”, but also the “post-internet” because its digging is the outcome of a combination of research both physical in shops and virtual online. 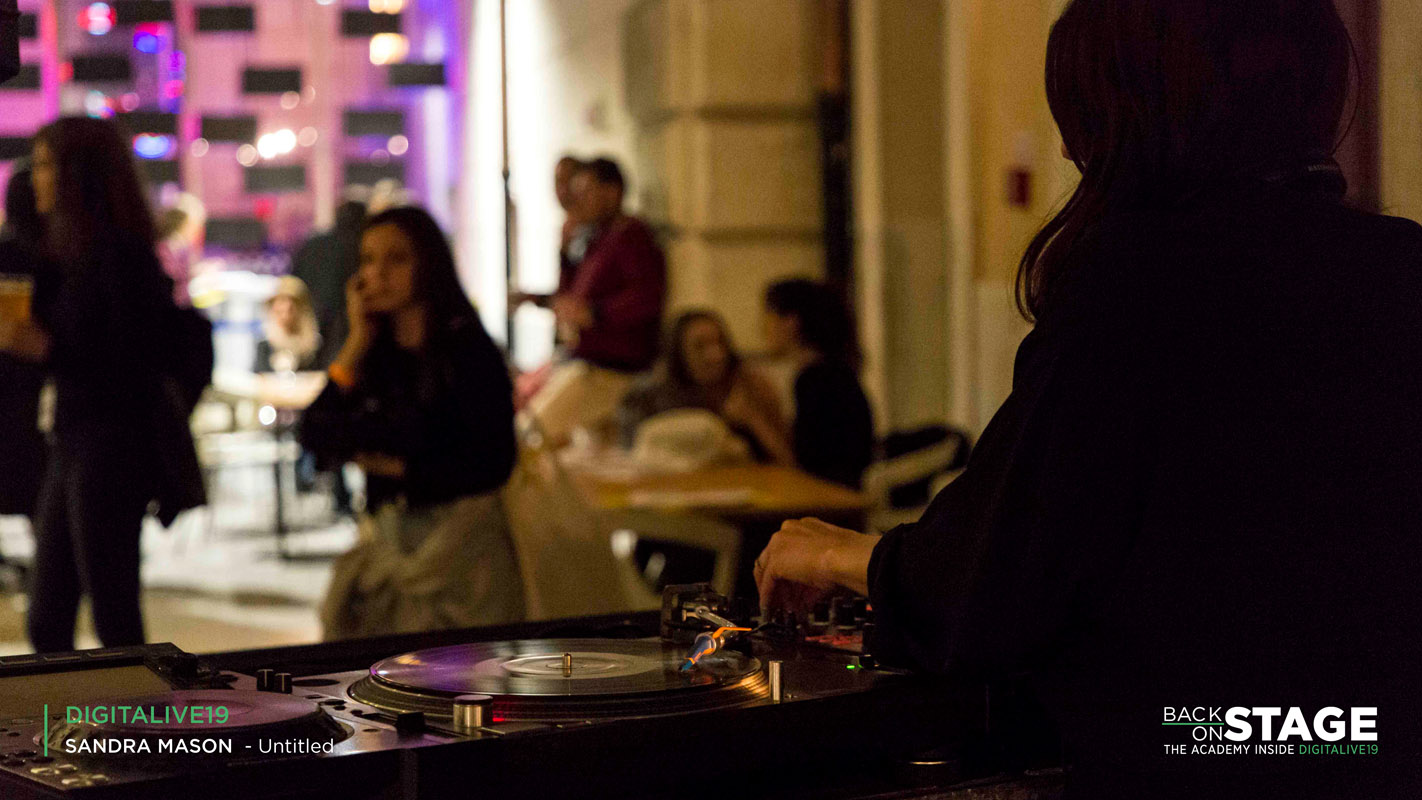 Her work is the result of that hybridisation that comes from experimenting with the digital. The sounds, liquid and whispered, fade into spatial atmospheres and metallic sounds, then becoming gloomy and descending into the most ancestral tribal rhythms, only to rise again.

Listening becomes a real experiential journey; sound becomes matter, a mental and dreamy landscape that crosses musical boundaries, sweeping up and treating sounds like living, organic matter. Each piece is the result of research and a careful study going beyond the boundaries of musical genres, moving freely; designing new spaces and giving us new forms, new identities. The impression I had was of a sound that digs, that follows its own path, even if not in a linear way, even when bent. And it proceeds by digging through the great boundaries, redefining space.

Sandra Mason is one of the best national diggers. She has written articles, edited several music columns and collaborated with Radio Sherwood. She is currently working on a platform that aims to bring together artists who are not well-known or appreciated yet.