Orienta. Memorie di 11 formiche (The Memories of 11 Ants) is the site-specific project created by the Quiet Ensemble Duo for the Arshake banner. A video documents the forced path taken by eleven ants across a paper surface, here outlined on the surface of the banner. The digital traces take shape within an increasingly thicker web of lines. No cuts, no editing. Digital memory draws their path restoring it in its real time (about three hours) until the space filled by marks of any possible movement closes the show. 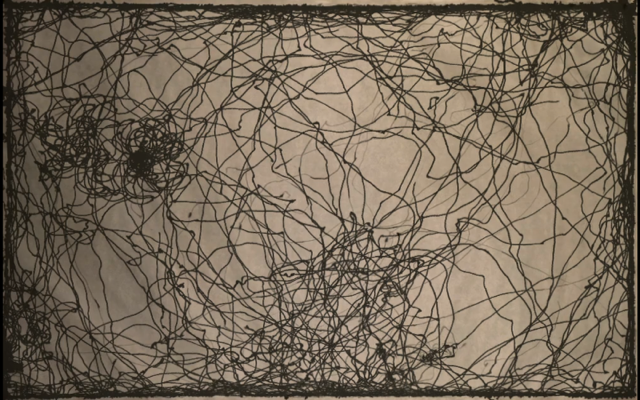 Orienta.Memoria di 11 formiche is the continuation of a previous project, Orienta, è qui ora che decido di fermarmi [This is Where I Have now Decided to Stop], in which snails leave luminous trails of their slow and deliberate paths. Both works are part of a line of research that leads the two artists towards an extreme experimentation, all of which directed toward making those energies and forces «concretely» surrounding the visible world more tangible – an anthem to the «silence» of John Cage. Birds, fish, plants, fruit and anything else in the biological world that captures their attention is called into play so that technology can amplify hidden frequencies and make them perceptible – to be displayed in a material form generated and transmitted through a variety of channels (most of which are audible, although some are visible as well). And so, the impact of birds beating their wings against their metal cages (Sul rumore, ascolta /On Noise, Listen – 2010) or the motions of fish in aquariums (Quintetto, 2010), the electrical energy of the acids contained in fruit (Natura morta – Still Life), the  frequencies of any type of lighting – neon, strobe lights, theatre spotlights – (The Enlightment, 2014), have all been transformed by operations dictated by the encounter between chaos and control and left to the final improvisation of a live performance. 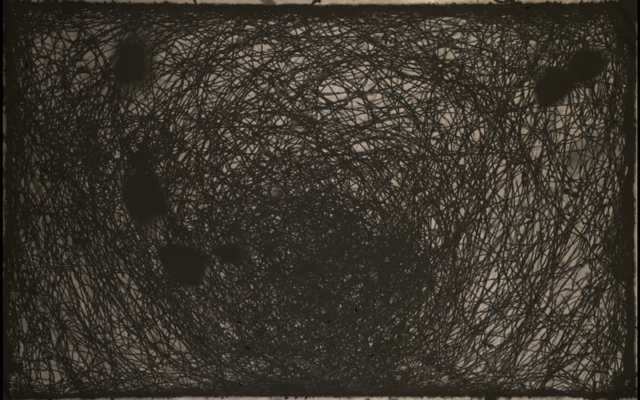 The scene now shifts to the digital space of the banner and turns the spotlights on the ants and the mute language of insects or, more specifically, their motion through space in order to capture and make an authentic parallel microcosm visible – a process that has always been at the heart of scientific study applied to technology and communication sciences. Quiet Ensemble places nature within a luminal space found between nature and artifice. More than focusing upon the «moist» hybrid qualities (R. Ascott) of one or the other, they put some of the components that would otherwise be hidden from our normal perceptive abilities into full view. The banner thus becomes a film of the boundaries between worlds as the digital traces leave prints of a shared memory.

The research of Quiet Ensemble goes through the observation of the ballance between chaos and control, nature and technology, creating subjects that perfectly merges the those elements, elements that take form from the relation of organic and ar- tificial subjects, moving the attention to insignificant and wonderful elements, like the movement of a fly or the sound of trees. The interest is connected to those technologies that explores the aesthetic and conceptual possibilities deriving from interactivity techniques, aproaching the newest technological discoveries as if they would be the tools for creation, like the brush for the painter. Working on the relation between time and space, sound and image the work of Quiet ensemble changes and develops in time, relating to the space, changing it. Emphasizing the unespected events, refuting the apparent immobility of shapes and melting the appearing opposition of forces in nature. Concrete and abstract shapes are sectioned and remodeled in hybrid forms and balances, parallel giving great importance to the pure aesthetics of forms. Quiet ensemble is born in 2009 from the meeting between Fabio Di Salvo | Bernardo Vercelli.