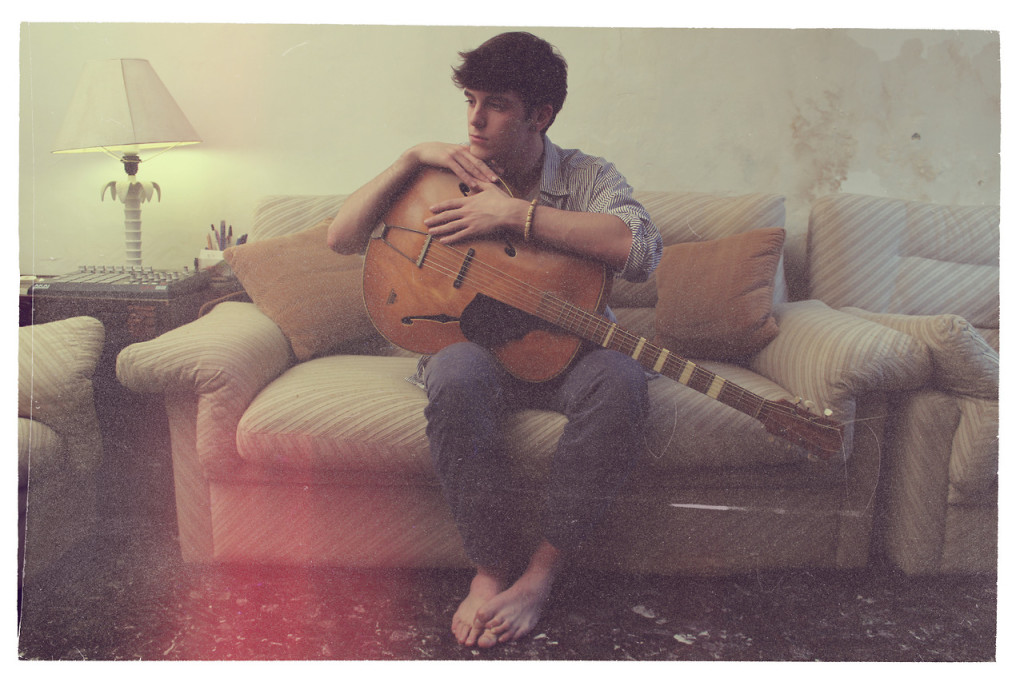 Venice native Giacomo Mazzuccato has been known Yakamoto Kotzuga since 2013. This DJ and producer with a passion for guitar samplings mixes them with digital electronic music. The two genres merge to produce tracks that are clearly ambient music. Yakamoto was a punk rocker. His other project at the moment is with a band that would have defined itself as «post rock» just a few years ago. (We Are Tigers) However, it did not take him long at all to become familiar with the software and apps that made it possible for him to become totally immersed in electronic music. He started outfitting sound structures over rhythmic hip-hop systems – and without every putting his guitar down. It took the Venetian musician even less time to get his tracks to prestigious labels and arousing the interest of a pilot label like Bad Panda Records. His first EP, Rooms of Emptiness was released with the label in 2013. Hip-hop and down tempo are on the forefront in this first official release of his. His voice is always highlighted as well as the repercussion of some acustic sound – the piano in the intro.

By alternating ambient, intimate sounds with dark episodes, YK makes his way around and transfers to Highlife Recordings (another benchmark label for musicians and fans of the genre). This time it takes him even less than before to take the big step. One more EP, Lost Keys & Stolen Kisses and Yakamoto has hit the big time. He’s already at Spring Attitude this year performing next to his idols, his favourite being Shigeto. The edits he released this past year make us anticipate a great set for this edition of the festival. His All These Things I Used to Have alone is enough to promise a very exciting act:  a melancholy ballad that is truly essential and captivating with a guitar ostinato and really dark vocals.

Yakamoto worked on his first album in an essential studio with minimal equipment. It was released this March and everyone is looking forward to hearing as many of its tracks as possible during Spring Attitude’s inaugural evening. Even darker in terms of sound and atmosphere we have Usually Nowhere – the album’s title – with its many gems written to be listened to very closely although there is nothing to prevent us from hitting the dance floor and move to the up-tempo songs. There is no doubt that the strong points of this work are the slow and essential pieces even though Yakamoto certainly loves taking his risks (see the 7/8 in The Triumph and its offbeats). The young musician thinks things through like a digital native: he is not afraid of the web and its free sharing of his music. To the contrary, he says he has benefitted from it, especially back when he was recording under the Bad Panda label. In the meantime, he’s also got his hands on Non spegnermi, a piece by rapper Ghemon where the sound distillation reveals much of his style along with remarkable sound editing. There are no limits but there is also no hope of becoming a millionaire by making this music. Yakamoto Kotzuga from Venice will have to settle for pure passion.