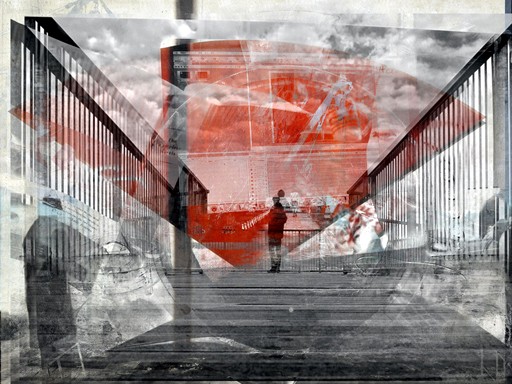 What happens when art meets new technologies? And when an  institution crosses new media’s creative anarchy?

Tate Gallery has no doubt about it: the Tate’s Intermedia Art Programme is launched; events, performances, and new media are used to create new ‘intermedia’ works and forms of art. It does not matter if the museum itself does not pertain to new multimedia technologies and it arose as the National Gallery of British art in the mid nineteenth century instead.
The English museum responds to the new emergency imposed by the present time by putting itself in the middle of the research as a spur to experimentation and to the dialogue among the museum, the artists, and the new media, thus extending the diffusion and exhibition of works beyond the walls of the gallery.
At the end of the 90s, museum policy, in general, has witnessed a winding path leading from the first experiences of heritage digitalization to the Network role as a “practical model of knowledge and power structures decentralization”(2). By giving up the ‘goldstandar’ policy of the museum collection, in its traditional sense, it found itself “at the height of the mechanical reproduction age”(3), according to Elena Giulia Rossi’s striking reference to Walter Benjamin’s famous theory.

Along with the global information and technology revolution and the consequent shift of economic mechanisms, the Tate, perceiving the change of society and arts, evolves by reshaping its own role in the dialogue, it opens on a new, muting, unpredictable scenario such as the new media. As you can read in the Tate Report 2002-2004: “Many of Tate’s aims can be fulfilled through embracing new technology and finding ways to use it most effectively”(4). It exploited the Internet to its own advantage, enthusiastically using it as a boosting medium rather than a problem posing trend or as an unavoidable end due to the technological drift of the time being. Since 1999, it commissions, promotes, and hosts in its virtual venue – Tate Online –   praxes, ideas, processes blending old and new technologies, from the radio to the internet, into new unexpected artistic issues related to the most recent political and social implications.
Charlie Gere in “Networked Art and the Networked Gallery” has already pointed out the fundamental evolution of the Tate from a gallery to a ‘distributed network’ which takes advantage of “multiple connections between the various sites, virtual and physical”(5). No longer the building vut the Tate trademark, which applies to different places and processes, both physical and virtual, as the postindustrial society strategies suggest.

The Intermedia Art Programme is not a proof of the ineluctable and problematic end of the present time, but of the ‘cultural shift’ strictly tightened it the Internet age and to the technological development of the society.