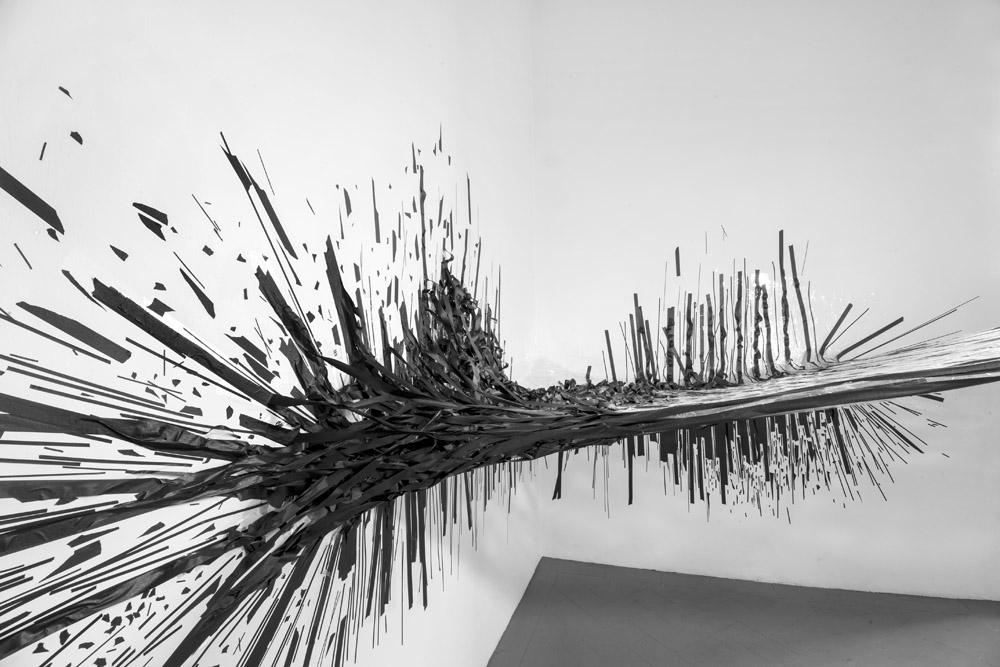 “Tensioni strutturali”, curated by Angel Moya Garcia, unfolds as an organic project divided into three exhibitions, three rhythms and three situations undergoing three key moments in the construction of space, image and its materialisation through perception: the central role of the individual in the construction of the perceived space, substance as an element of representation and the entropic processes of the everyday environment. 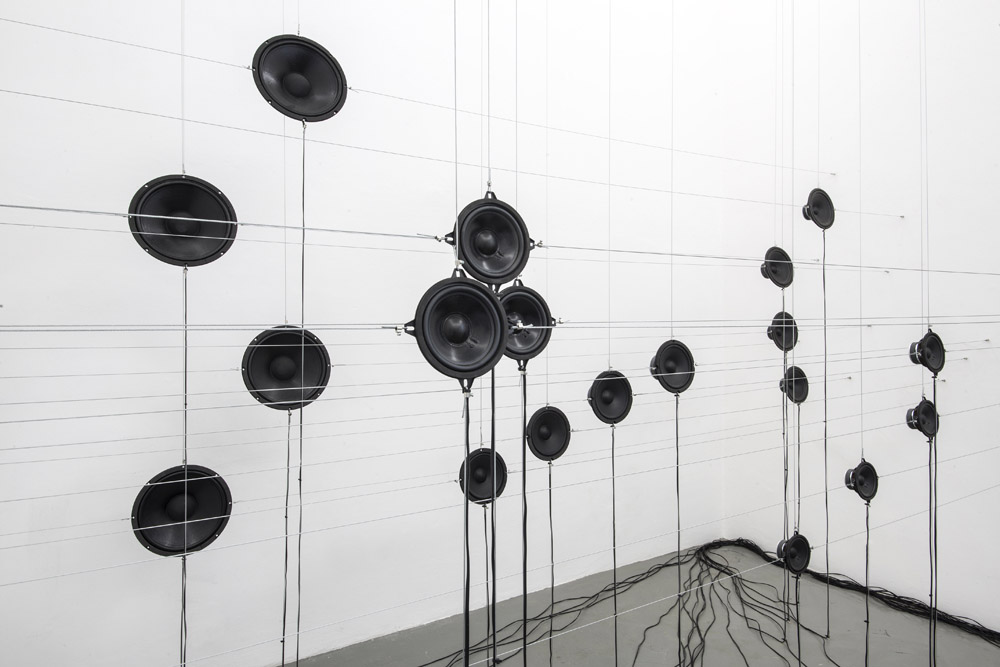 The first part of this trilogy is developed by four invited artists, Carlo Bernardini, Monika Grzymala, Roberto Pugliese and Esther Stocker, as an attempt to examine through various methods, visions and poetic techniques, the experiential space of reality and the role of the individual in its makeup. A succession of ephemeral equilibriums, unexpected structures that extend the limits of perception, suspended explosions that generate a disturbing sense of disorientation, rectilinear segments of light and shadow that signal a subtle difference between the visible and the illusory, and sound effects that constrain the space and turn it into a formal synthesis of its intrinsic characteristics. Residual traces of a sequence of slides stretched, placed and layered within the space, revealing themselves to be gradually modulated, suspended, ordered and defined, and which are noticed only at the moment the visitor experiences them. It’s an invitation to travel through the various installations, submerged in singularity, deformations, thresholds and breaches in an environment whose perimeters are totally annulled, stability definitively lost and reference points irretrievably forgotten. 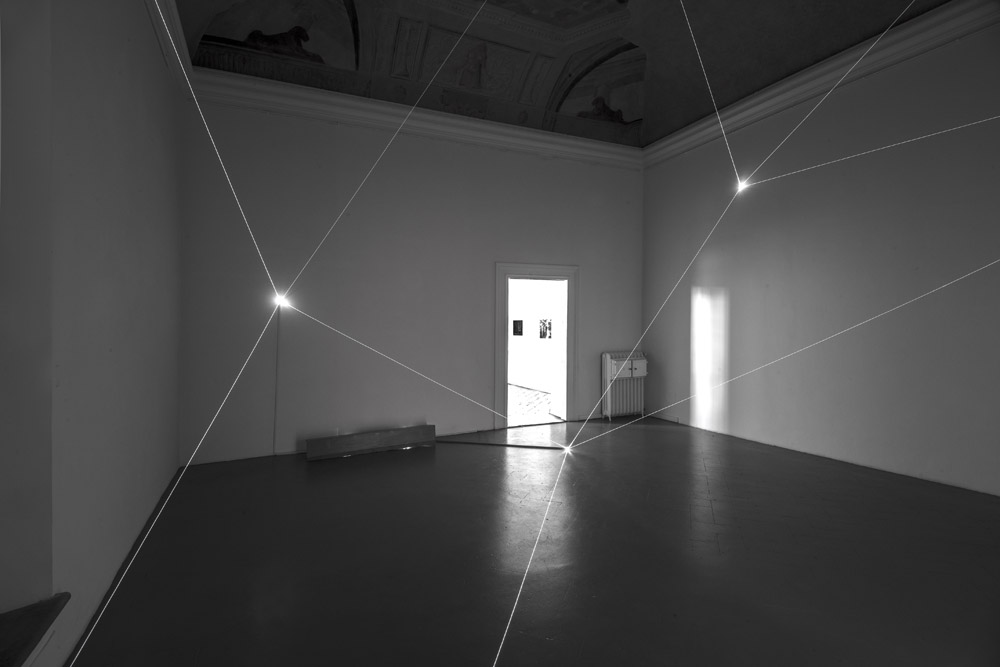 In the first room in particular, Esther Stocker – attracted by formal paradoxes and “errors” – presents an ambient installation created through elements of disturbance and interference that push the boundaries and possibilities of perception and modulate the architectural space. In the second room, Monika Grzymala creates a dramatic explosion in three dimensions, with lengths of black ribbon piercing the space, defying gravity and transfixing the viewer. In the third room, Carlo Bernardini presents a permeable installation in fibre optics, where light itself creates space by means of a geometric design in negative which rebounds between floor, walls and ceiling. Finally, in the last room Roberto Pugliese projects the tension towards the viewer, who finds herself moving through a corridor whose composition – created by translating all the measurements of the room into sound frequencies – does not allow her to stop moving.