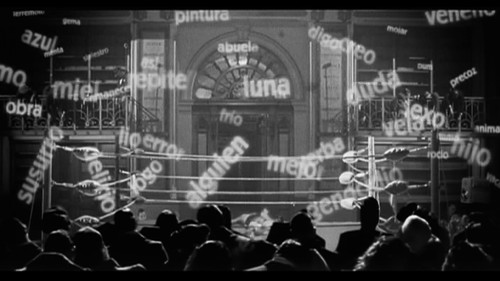 Written language and the idiom of pop culture and historical images connect the ancient power of alphabetization, birthplace of collective intelligence even before the invention of the printing press, with those of modern icons and means of communication.

Changes in language and the written word were heavily influenced and conditioned by the alteration of space-time perception much in the same way that the latter was moulded by the strong impact of technological progress.

The emancipation of the written word from its phonetic reference is nothing new. Notwithstanding the fact that it is always very difficult to attribute a precise moment to this event, we can certainly state that an important chapter of this process began in the 14th century with the invention of the printing press – marking the moment in time when calligraphy became anonymous. In more recent times, more specifically with the advent of the Avant-garde movement in the early 20th century, art liberated writing and words of the two-dimensional constraints of the written page and the structural logic of texts – thus enabling them to glide into space, taking on the iconic form of images. The interest that institutions and galleries have shown towards these matters has increased remarkably in recent years. ZKM, the groundbreaking institution in Karlsruhe (Germany) dedicated to media art, has been showcasing TYPEMOTION among its venues. This exhibition opened last November and begins with exemplary analogue works to then explore changes in typographic writing and images due to the advent of the digital and information era which makes them increasingly mobile and more aesthetically autonomous. 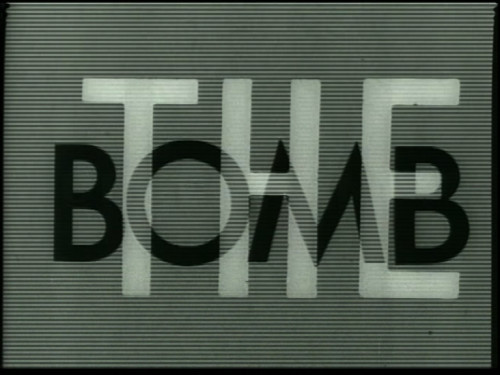 The project is organized by ZKM in collaboration with Experimental Media Lab at the Saar Academy of Fine Arts, FACT Foundation for Art and Creative Technology in Liverpool and the Goethe Institutes wordlwide. «The project – as the press release asserts – represents an attempt to compile, typologyze and publically present classical popular as well as lesser noticed and frequently difficult to access «script films» from twenty countries dating from 1895 to the present. (…) Stubborn prejudices asserting a strict type/image polarization can now be rectified. Script films illustrate the way in which type, long presented in a static form, has transformed itself through technical-electronic media in a dynamic, flexible, multimedia, symbolic system.» 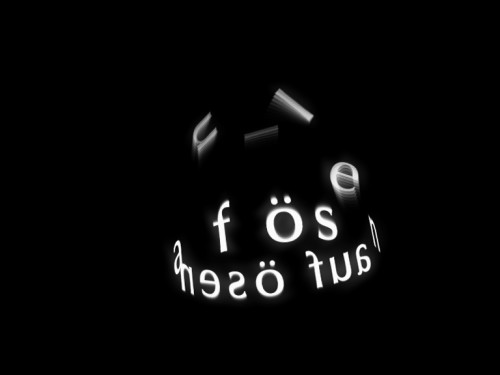 The use of typography in the arts and various different disciplines constitutes a parallel story which illustrates new social changes in light of digital culture and information. Works on display articulate the trans-disciplinary interest of curators – as can be seen by their choice of including films, advertising, music videos, or media installations in the exhibit. There are only a few days left to see this show. If possible, do not miss it! You will see works which stood the test of time and tell of an issue that is currently of great interest!

A Robot Epic in «manga» and «anime»