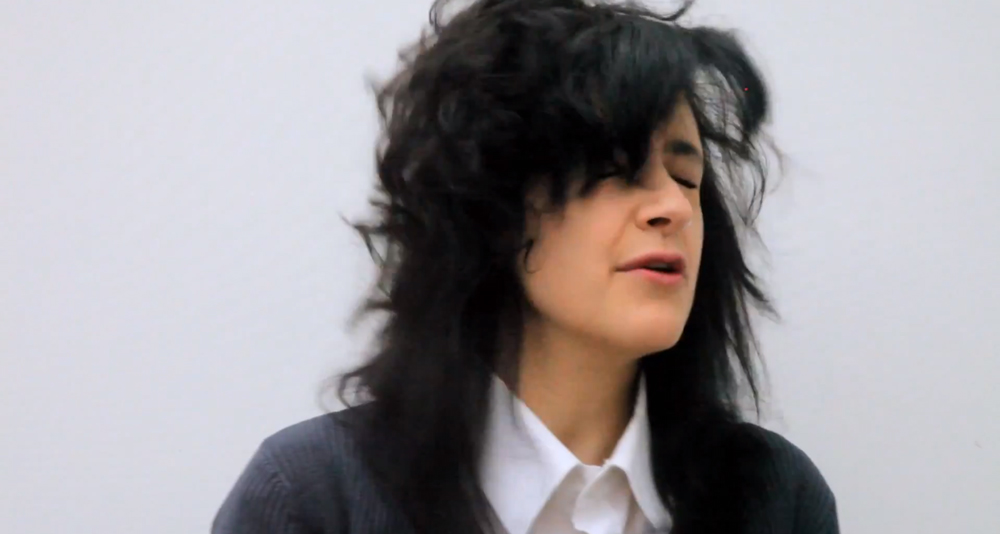 Video harvests and amplifies the expressive power of works by the ten female artists invited to take part in the seventh edition of SHE DEVIL, the showreel organised by Stefania Miscetti, which in recent years has journeyed within and beyond the  Cultural Association and been hosted in various venues, both in Italy (Museo MACRO, Ravello Festival and Palazzo Primavera in Terni) and abroad (MNAC Museum of Contemporary Art in Bucharest).

The festival opens with Irene Sosa’s documentary Nancy Spero in Derry Northern Ireland (1992), made in 1990 to document Nancy Spero’s (1926 – 2009) painting on a wall in Bogside, Derry (a key point in Northern Ireland’s Troubles) and the subsequent discussions the project provoked regarding the role of art and the role of women in conflict, in this case with particular reference to the events in Northern Ireland during those difficult years. Presented in Rome for the first time in homage to the American artist (1926 – 2009), the documentary sets the scene for a showreel based around struggle, understood as the positive overcoming of obstacles, as an external force; struggle expressed by collective or individual determination and focused on the achievement of a goal; an energy-generating transformation. 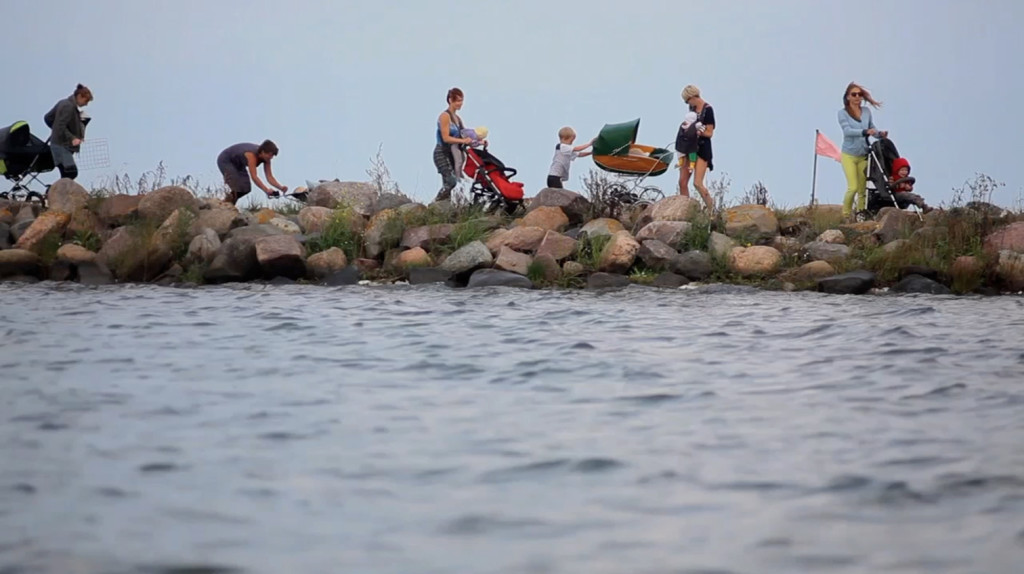 The theme of struggle in all its manifestations is addressed in the videos presented. Holy Night (2013) by Estonian artist Flo Kasearu (b. 1985), examines women’s struggle for self-determination in the conflict between work and family, viewed in a dreamlike metaphor made of crossings and effort.  In Paralyzed (2003) by Norwegian Klara Lidén (b. 1979), space to express vitality and desperation takes the form of an anarchic dance in a commuter train, and the isolation of the astonished looks from passengers.  In She is Trying to Disappear (2012), by American Edy Ferguson, the female figure appears and disappears in a video montage, in the troubled role of a witness to the violent conflicts in Athens in 2011, experienced through the filter of the video camera.  In Freedom of Speech (2013), English artist Sarah Maple (b. 1985) endures the pain and humiliation of being mercilessly slapped as she talks about her work. Loredana Longo (b. 1967) moves from the individual  to the social, with her  Demolition # 1 Squatter (2011), in which illegality succumbs to the justice of demolition in a Modica building site conceived of corruption and dishonesty and standing unfinished for years.   Awareness becomes the recipe for struggle for Canadian Perry Bard in her ironic video-performance Secure Dining (2006), which transposes the codified language of information into the culinary dimension and renders it legible through spices. Must Be Beauty (2009) by Chinese artist Ma Qiusha (b. 1982)  imposes spiritual value on beauty, with the artist filming herself as she greedily devours beauty products. 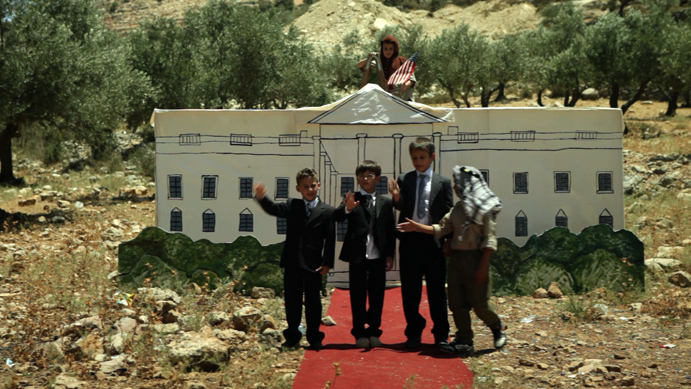 The Goodness Regime (2013) by Jumana Manna, sees a return to the political dimension. Documentary material shot in Norway and Palestine is superimposed on a children’s performance and archive audio recordings in order to examine the roots of ideology and self-representation in contemporary Norway. Finally, a return to the individual sphere with Eva Sepping’s ironic video Washing Day (2007), where the need to wear clean clothes every day is experienced as an external social pressure.  Thus the theme of struggle is expressed in all its social and individual power. The metaphors used to interpret it encapsulate in video various aspects of art, documentation, performance and post-editing, to project to the outside world in all their vital energy.

SHE DEVIL is the name of a Marvel Comics heroine, and a well-known film made in 1989 by Susan Seidelman. The term is a playful reference to the diabolical and bizarre spirit in which the artistic experience examines and addresses the everyday. The videos focus on an investigation of femininity, and provide a direct comparison of various approaches. The aim of the initiative is to awaken, sometimes with satire, sometimes with realism, the collective consciousness to topics such as feminine identity, the body as a place of representation and significance, and personal experience which assumes a universal dimension, even when it is the artist’s private life in the foreground. SHE DEVIL was founded in 2006 from an idea by Stefania Miscetti, and involves female artists and curators from Italy and the wider world, from newcomers to the most established. Their varied works and critical perspectives come together in a many-voiced debate, from which emerge multiple worlds and female visions.