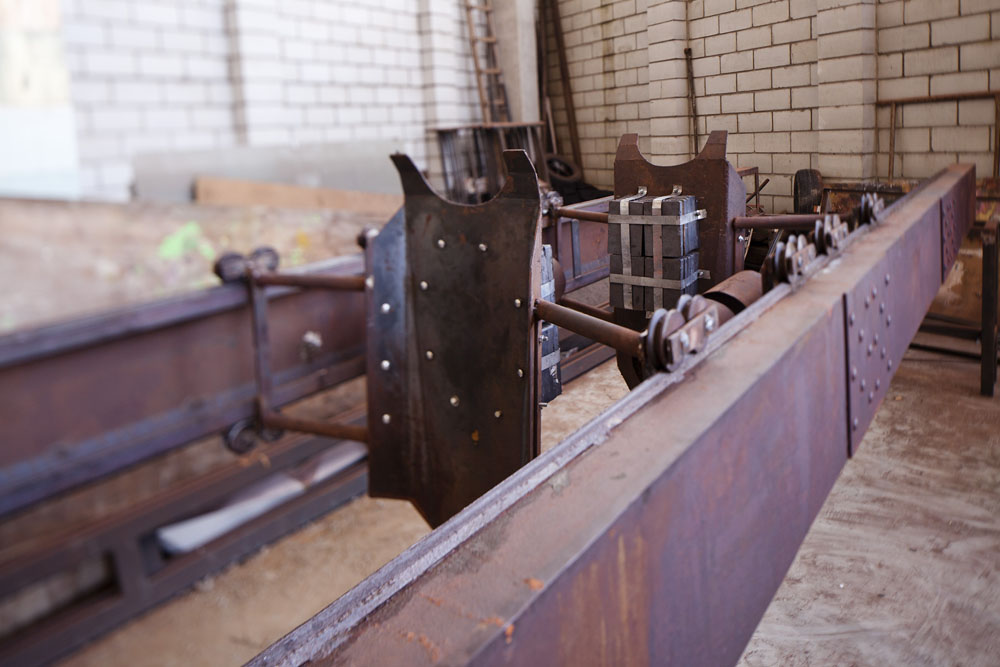 The outcome of the residencies of Cláudio Bueno (Brazil) and Mahmoud Khaled (Egypt), participating in the first edition of the Videobrasil in Context project, is displayed in an exhibition featuring works from the Videobrasil Collection that served as reference for their research and influenced the conception of the commissioned artworks.

Videobrasil Collection in Context #1 will showcase the results of the first edition of the artist residency project Videobrasil in Context, which proposed for the two selected artists, Cláudio Bueno (Brazil) and Mahmoud Khaled (Egypt), to create brand new artworks by immersing themselves in the Videobrasil Collection. The show also features the artworks that served as objects of research and conceptual references for Bueno’s and Khaled’s projects, including videos by Akram Zaatari (Lebanon), Coco Fusco (USA), Lucas Bambozzi (Brazil) and Wagner Morales (Brazil), among others. At 3pm of the same day, the two artists will make a guided tour of the exhibition, with free admission. The exhibition runs until March 19 at Galpão VB.” 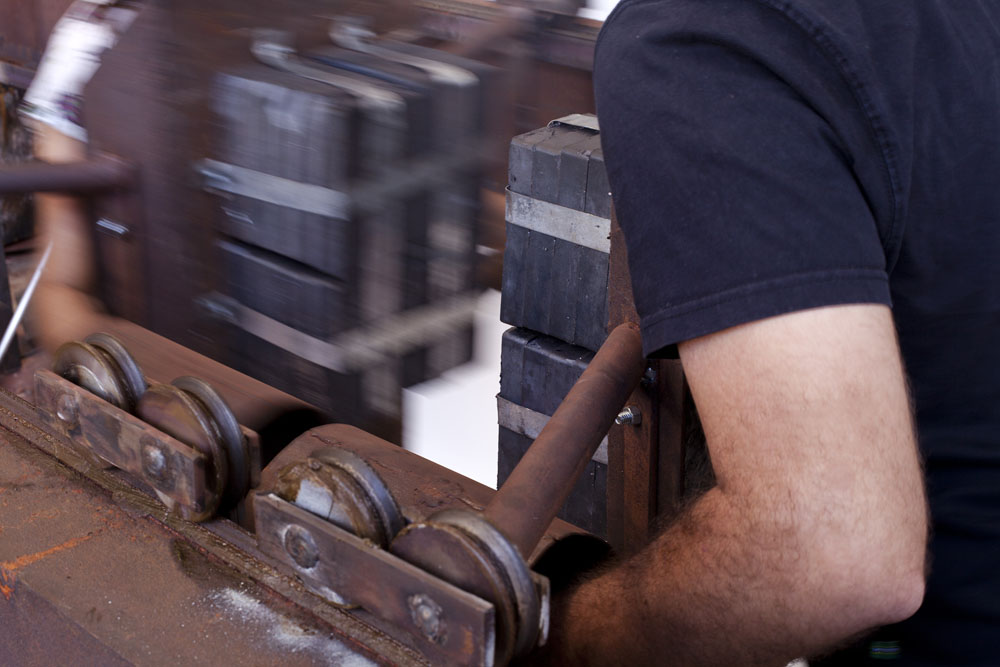 For the first edition of Videobrasil in Context, held in partnership with the Delfina Foundation (London, United Kingdom) and Casa Tomada (São Paulo, Brazil), Cláudio Bueno and Mahmoud Khaled were selected via a call for entries. During their residencies, they made incursions into the Videobrasil Collection, and the results of their research materialize in this exhibit. Cláudio Bueno created, in partnership with Paula Garcia – an artist featured in the 17th Festival and the author of one of the recorded performances used as a reference by Bueno –, the installation Estudo para Duelo. For his part, Mahmoud Khaled conceived the video installation Proposal for a Porn Company, in connection with other Videobrasil Collection works. The pieces produced by the artists and shown in the exhibition Videobrasil Collection in Context #1 will also be included in the Associação’s collection.

Estudo para Duelo invites visitors to put on magnetized vests and walk down a six-meter long metallic hallway from opposing ends. Contact between the participants is prevented by the magnetic field created between the vests. According to the artist, the piece suggests analogies with the power fields that exist in day-to-day relationships, whether interpersonal, with spaces or with institutions. “Such forces, which aren’t seen, but felt in our bodies, can be interpreted as power, information, relationship etc.,” he asserts. The piece was created during Cláudio Bueno’s residency stint at the Delfina Foundation.

On March 17 (Thursday) at 8pm, will happens the public program’s activity: “The Body in Claudio Bueno’s Work.” From Bueno’s gaze over the Associação collection – which leaned towards performance and body-related issues –, the panel will feature journalist and art professor Fabio Cypriano and the artist himself, approaching the connections between Bueno’s installation Estudo para duelo and the artworks he used as references. The artist will also expound on how those subjects of interest rose to the forefront of his research. The meeting will be moderated by Ruy Luduvice, a researcher with the Videobrasil Archive and Research Team. 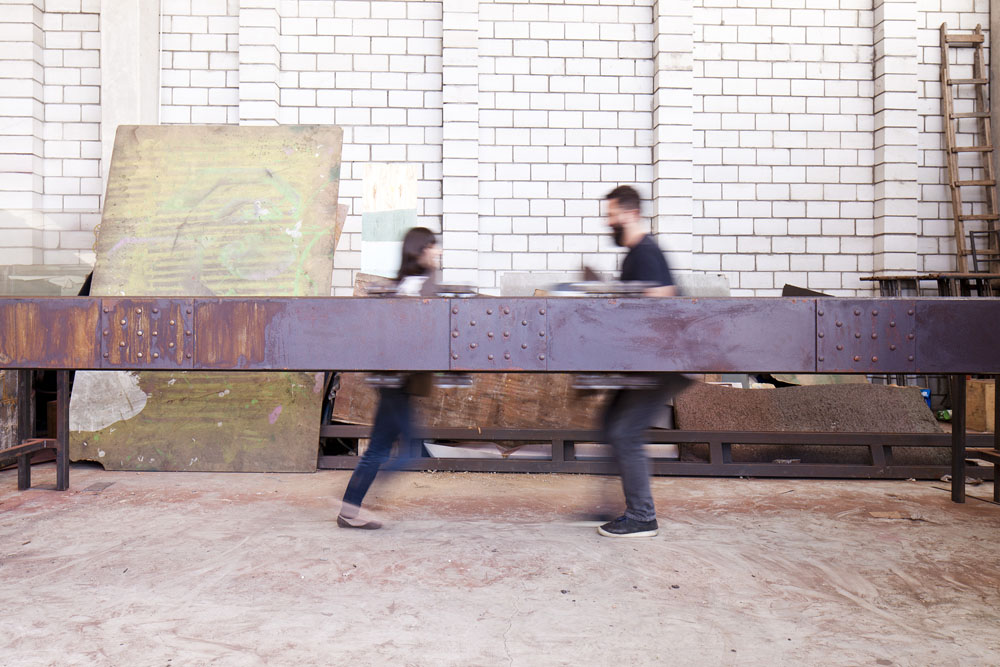 Dialogues with the Videobrasil Collection

Cláudio Bueno’s proposal was deeply influenced by the program and artworks of the Festival’s 15th edition, which was entirely devoted to performance. For that reason, the exhibit includes footage of performances like Bare Life Study #1 (2005), by Coco Fusco; #4 (from the series Corpo Ruído – Estudo para um Soterramento) (2011), by Paula Garcia; Chelpa Ferro (2005), by Chelpa Ferro; and Engrenagem (2005), by Ana Gastelois and Eder Santos.

In turn, the piece by Mahmoud Khaled, an artist featured in the 18th Festival (2013), was instigated by artworks that deal with human relationships and are firmly rooted in an urban setting. Várzea (2006), by Estúdio Bijari (Brasil); Não há Ninguém Aqui #1(2000), by Wagner Morales (Brazil); Desvios, Derivas, Contornos (2007), by Lucas Bambozzi (Brazil); Video in 5 Movements (2006) and Tomorrow Everything Will Be Alright (2010), both by Lebanon’s Akram Zaatari; and the video installation Oracle (2009), by Sebastian Diaz Morales (Argentina). (from the press release)