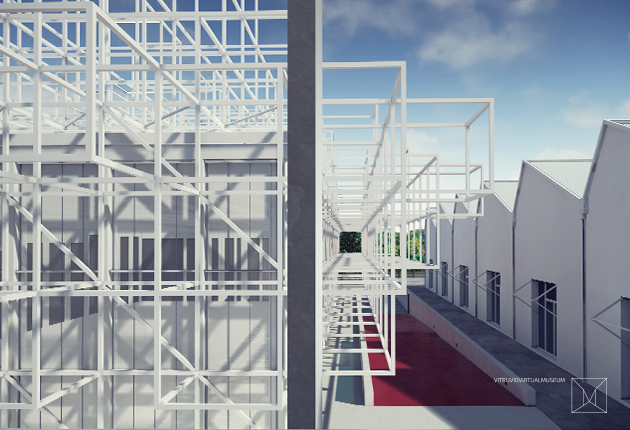 During Bologna’s Arte Fiera, in January 2017, Fondazione Golinelli presented a preview of the new premises of the Golinelli Arts and Science Centre, designed by Mario Cucinella Architects (due to open in autumn 2017). This was an unusual presentation, because the building was not merely viewed but rather “lived” by means of an immersive experience orchestrated by the firm responsible for the brand Vitruvio Virtual Museum. Using HTC VIVE headsets, the virtual reality project literally sucked visitors from the real life of the fair and projected them into the future exhibition space. Fondazione Golinelli (founded in 1988) is renowned in Italy today for its commitment to education and training, and for some time has explored the relationship between art and science through shows, events and conferences; it is now ready to extend its activities into new spaces. The collaboration with Vitruvio Virtual Museum, whose trademark is the fusion of technology and humankind, also means presenting the project with a completely experimental approach and confirming once again the visionary nature of the philanthropic mission. 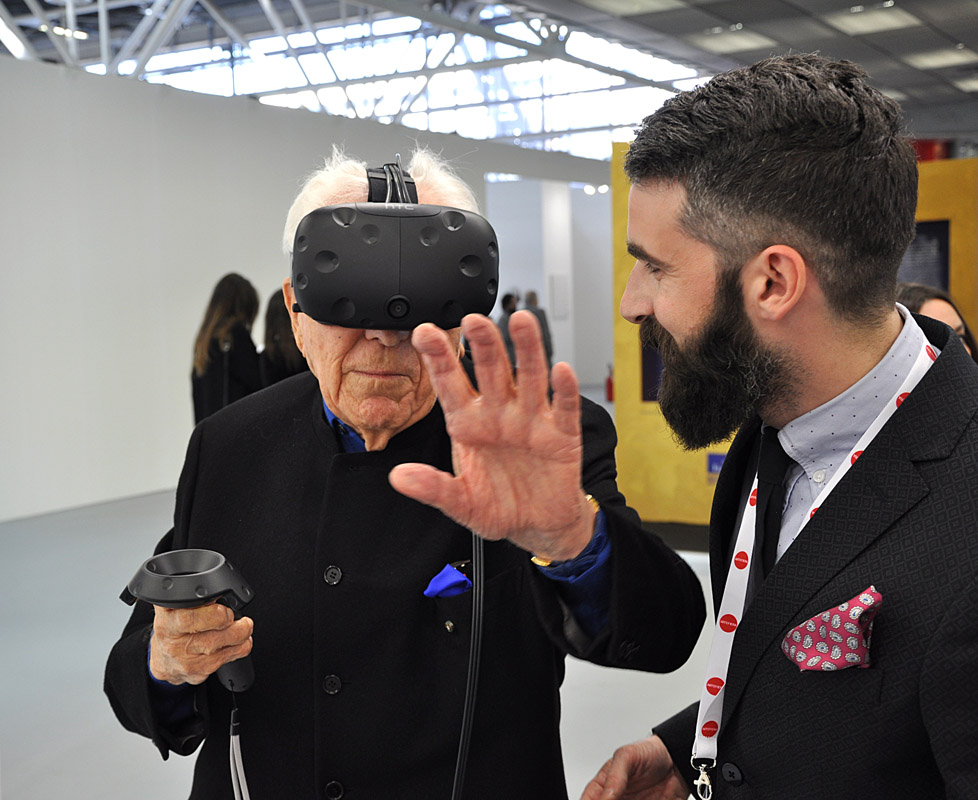 The possibility of seeing, and above all of trying out a space as yet in the process of realisation is one of many ways in which the professionals at Vitruvio Virtual Museum use virtual reality, without allowing technical virtuosity (in any case treated with extreme care) to prevail over reflection and creative sensibility.

This is immediately made clear to us by the singular publication of the volume of planning documents, released to coincide with the presentation of do ut do, designed by architect Alessandro Mendini and commissioned by the Associazione Amici della Fondazione Hospice Seràgnoli in Bologna. This is a house consisting of thirteen rooms designed by thirteen architects. Each one has linked the room to a value of living, such as expectation, civility, empathy, light and vitality, each of which is expressed in a different way using methods which include hand-drawing, 3D and storytelling. 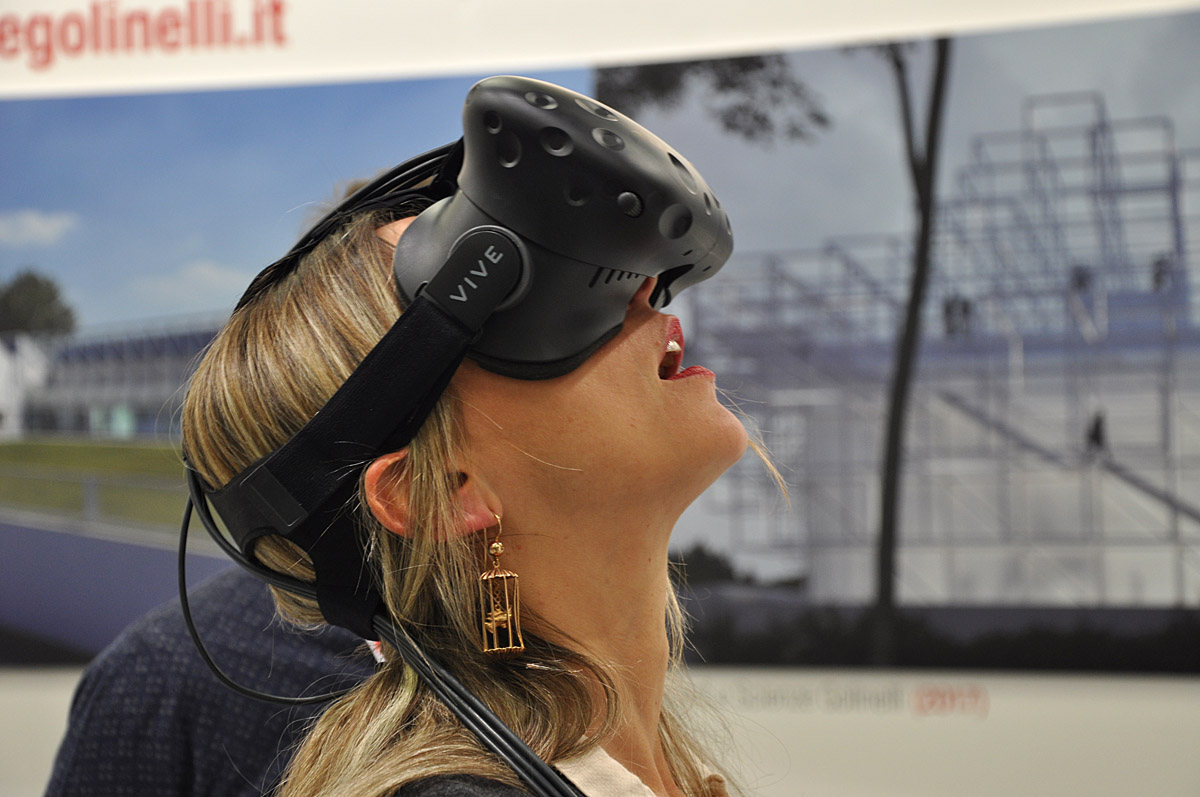 The plans were translated into virtual reality after having undergone a meticulous process of exchange with the participating architects’ studios. The book documents sketches, the spirit of confrontation in the conversations which preceded the transposition of the plans into virtual reality, and everything involved in a technological project that demands human exchange as a prerequisite. 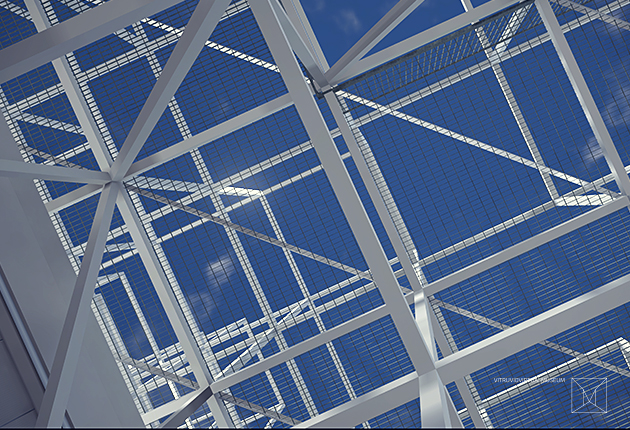 Technology and humanism hand in hand are an explosive mixture. With the first steps of progress, breaking out of reality and immersion in something other than the self were entirely desirable. Now that we are surrounded by images, the desire turns increasingly to recapturing the ability to see (in the widest meaning of the word). Technology can be an excellent tool, able to amplify all the senses. This is the direction in which Vitruvio Virtual Museum is moving, making it an entity – like Fondazione Golinelli – highly unique in Italy. 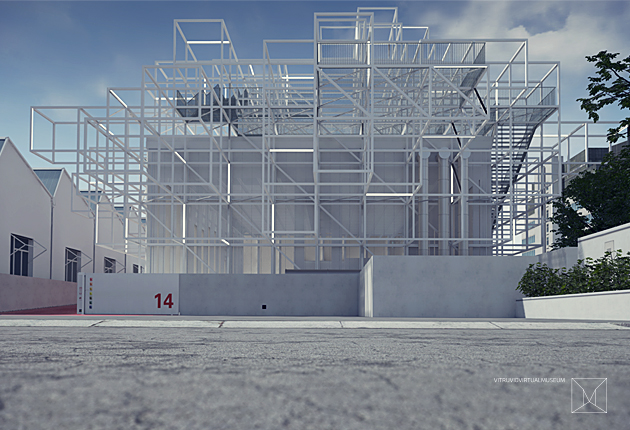 Some time ago, vitruviovirtualmuseum launched a decalogue on virtual reality, to explain its interpretation and showcase its various facets. A series of visionary figures taken from history accompany each of these ten commandments. Leonardo da Vinci, Edwin Abbott Abbott, Giovan Battista della Porta, William Gibson, Jorge Luis Borges and Italo Calvino come from different ages and backgrounds. They all knew how to look beyond things, from the starting point of an awareness that arises from sensory awakening. In the perspective of Vitruvio Virtual Museum, the analysis and application of present reality takes up the discourse which continues ancient explorations of the possible and the virtual, a term that came into use a very long time ago, before computers and technological progress insinuated themselves into our perceptual fields of vision. Vitruvio Virtual Museum is an unusual reality in Italy, which puts digital humanism into practice. The language of informatics and humanist disciplines converge on a single plane, complicit with one another.