A wall at the MAXXI Museum has become an exhibition space, an archive to look at and listen to, retracing the sound and visual sound experiments of the 1950s up to the present. The exhibition, curated by Carlo Fatigoni, is dedicated to the memory of musician and visual artist Daniele Lombardi (Florence 1946 – 2018). It gathers a series of works ranging from sound to a variety of underground experiments, such as those by Giovanotti Mondani Meccanici and the well-known Italian activist Tommaso Tozzi. 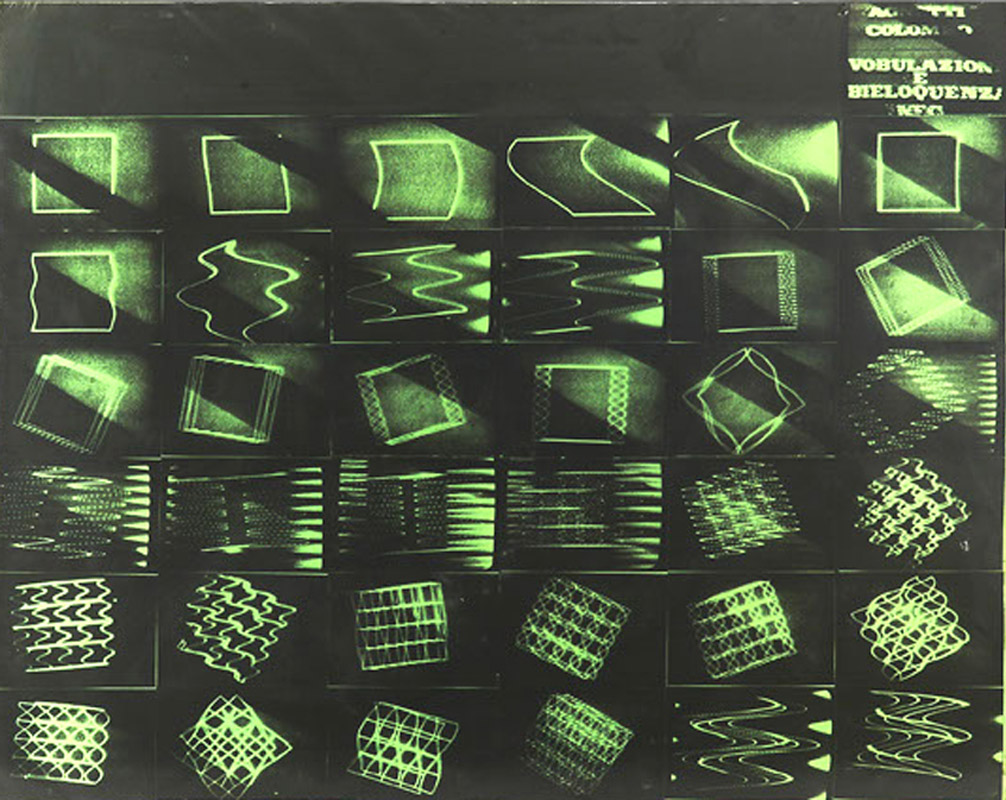 Experimenters such as Luciano Berio, Bruno Maderna and Pietro Grossi, John Cage, Giuseppe Chiari and the Gutai Group, Maurizio Nannucci, the audiovisual spaces by Ugo la Pietra and the T Group, as well as the “epistaltic” poetry created by Mimmo Rotella all started a conversation that, along the way, confronted technological evolution resulting in visual sound experiments. Mario Sasso introduced artistic experimentation to television and collaborated with several musicians; among these, Nicola Piovani in the 90s with Footprint, which is included in the exhibition. 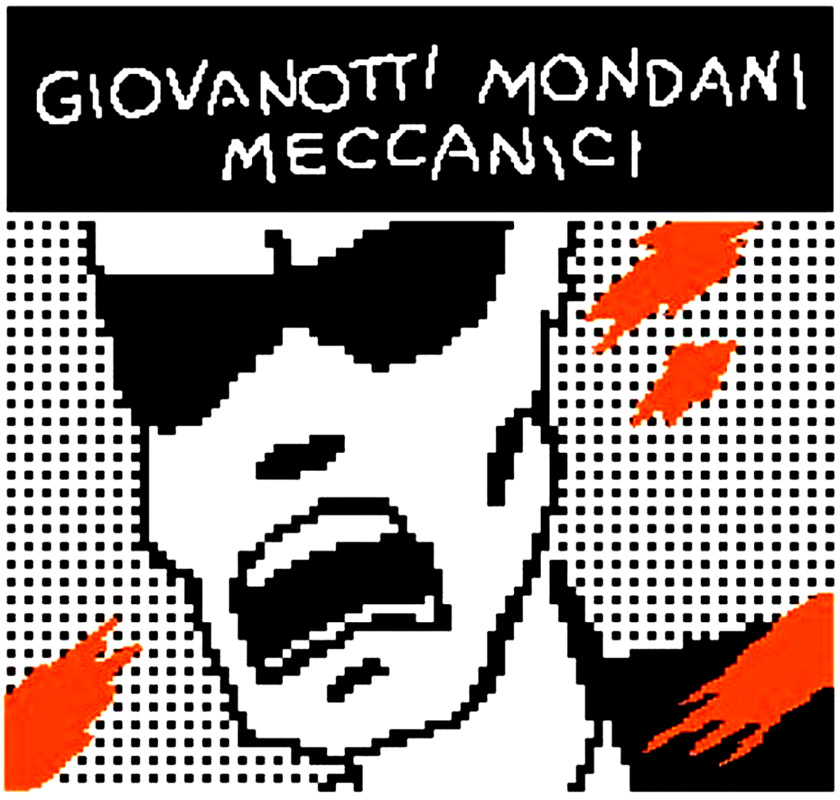 In the 80s, Ida Gerosa found a space to experiment at the IBM laboratories which had ‘invested’ in research long before discovering the results the artist would achieve by extrapolating a colour chrome of high emotional intensity, unthinkable for a machine, and gave it shape with the application of sound. 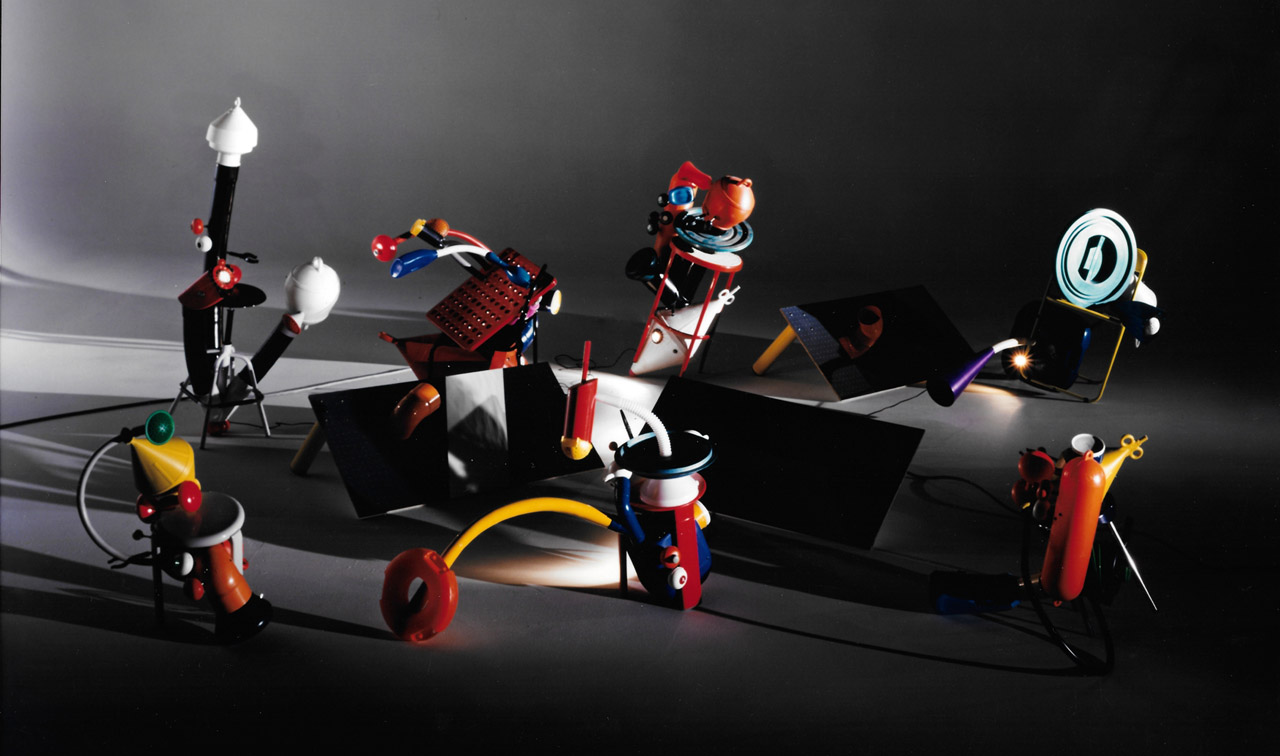 It was this company’s investment in research and its open mind that enabled more recent experiments such as Memorie d’acqua Fontana di Trevi (Water memories Trevi’s Fountain), an ambient music performance by Luigi Ceccarelli from the 90s, also represented in the archive. 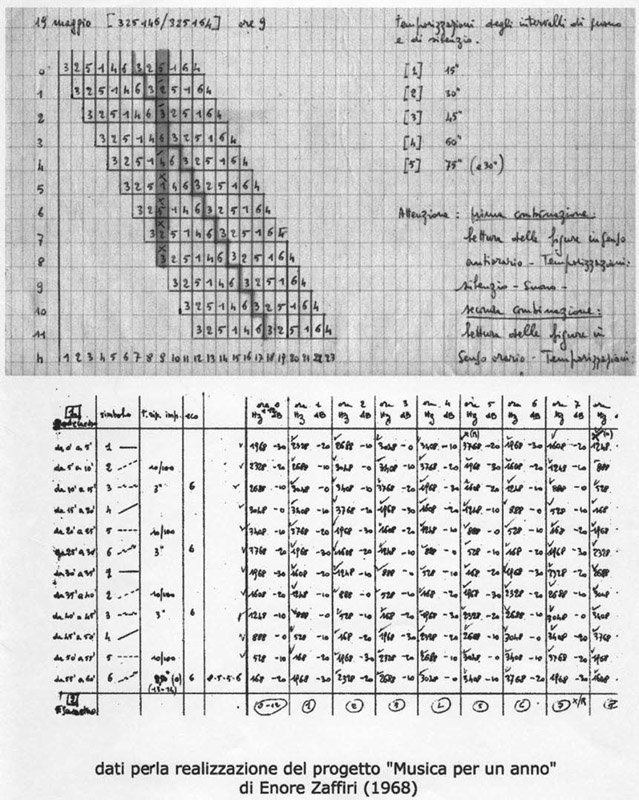 Sound experiments, therefore, are not isolated from visual experiences and at MAXXI they are presented in their encounters with cinema, art, choreography, literature, the publishing industry and mass media. The wall has been enhanced by pieces that include visual documents, films and videos, posters and historic film posters, original LPs and sound contributions “with the intention of rebuilding a memorial space, which is offered to visitors for free, following a time span that ranges from the 1950s to the 2000s and retracing some of its major milestones”. The material is divided into 4 sections: the 50s and 60s; the 70s; the 80s and 90s; ending with the year 2000. 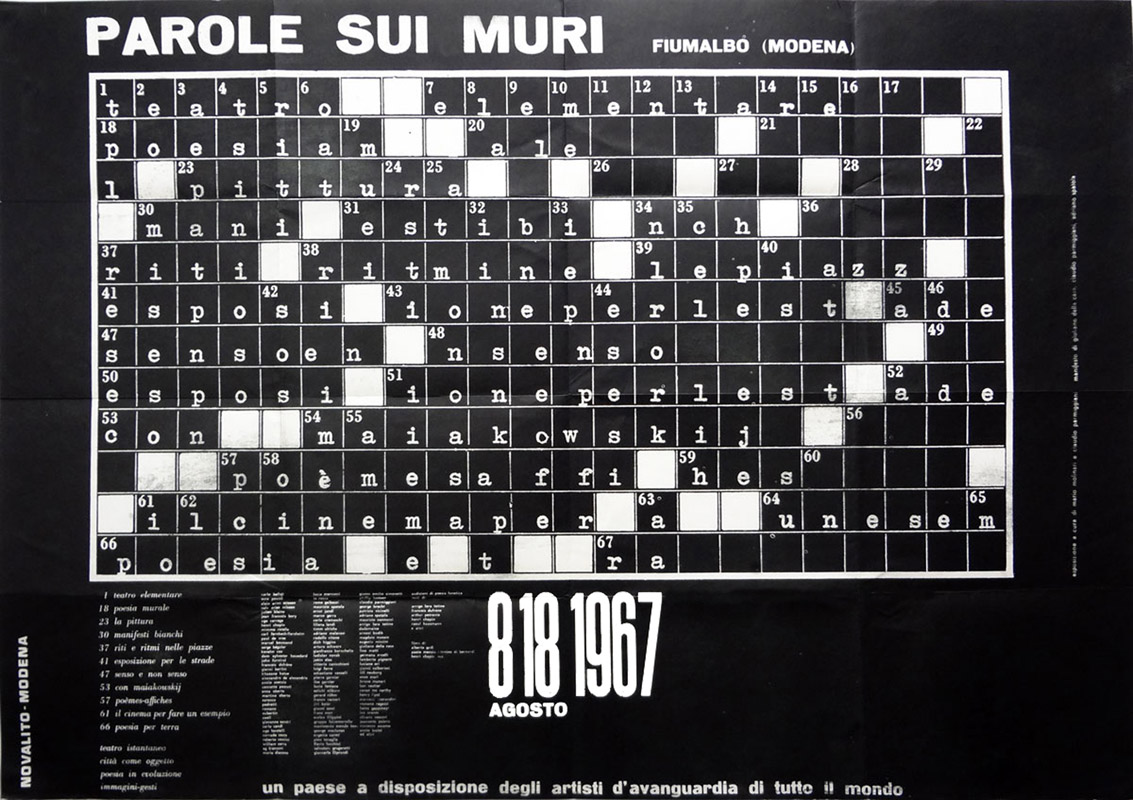 The exhibition/archive runs until October. There is a lot of material, but visitors can view it several times, without rushing, as entry to the MAXXI foyer, where the wall-archive invites them to look and listen, is without charge.