Testimoni dell’invisibile (witnesses of the invisible) is the term used by Jean-François Lyotard to identify artists who are capable of interacting with the immaterial and giving it form, at the time of his historic exhibition at the Pompidou Centre in Paris, Les Immatériaux (1985). The Testimoni dell’invisibile return in a project by Valentina Gioia Levy, one of the six curators invited to the Dakar Biennale. In works by Chai Siris (Thailanda), Emo de Medeiros (France/Benin), H.H.Lim (Malaysia) and Stefano Canto (Italy), imagination will be activated to materialise the invisible, in particular the invisible concealed in the weave of forgetful time, of information, of modern linguistic codes that continually create spaces and times. We have interviewed the curator of the project to deepen the reasons of the selection of artists and the relation of the works with the obsolescence of technology and – consequently of culture – that the project brings at the forefront. 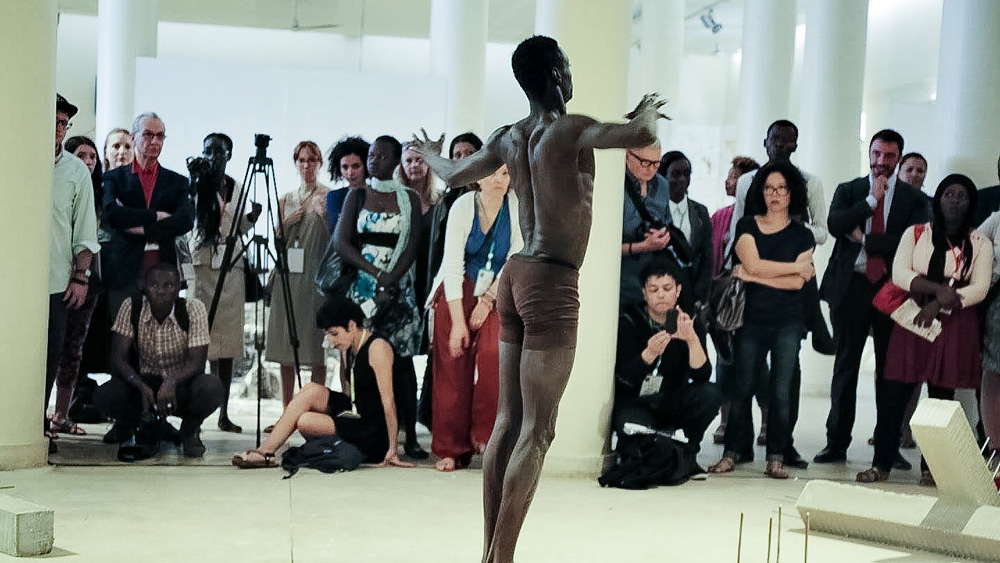 Can you tell us how the project came about and how it sits within the Dakar Biennale?

The artistic director, Simon Njami, invited six international curators to select between 3 and 5 artists, preferably from different geographical areas, whose work was in line with the theme of the Biennale. My colleagues and I were asked to come up with a selection on a topic that seemed pertinent to Njami’s choice of theme, and our work was presented at the Museum of African Art in Dakar (IFAN – Institut Fondamental d’Afrique Noire). The works I selected, entitled I Testimoni dell’Invisibile (Witnesses of the Invisible), address an aspect I have always considered extremely interesting, the relationship between the visible and the invisible. On this issue Simon himself writes: “The challenge for the artist is to remember that among the gifts at his or her disposal there’s the ability to communicate with the invisible. To transform the visible, following the formula of Henri Delacroix.” In the redefinition of this relationship, which by extension also involves the connection between material and immaterial, real and virtual, body and spirit (considered as the aggregation of psyche and physical), technology today plays a fundamental role. 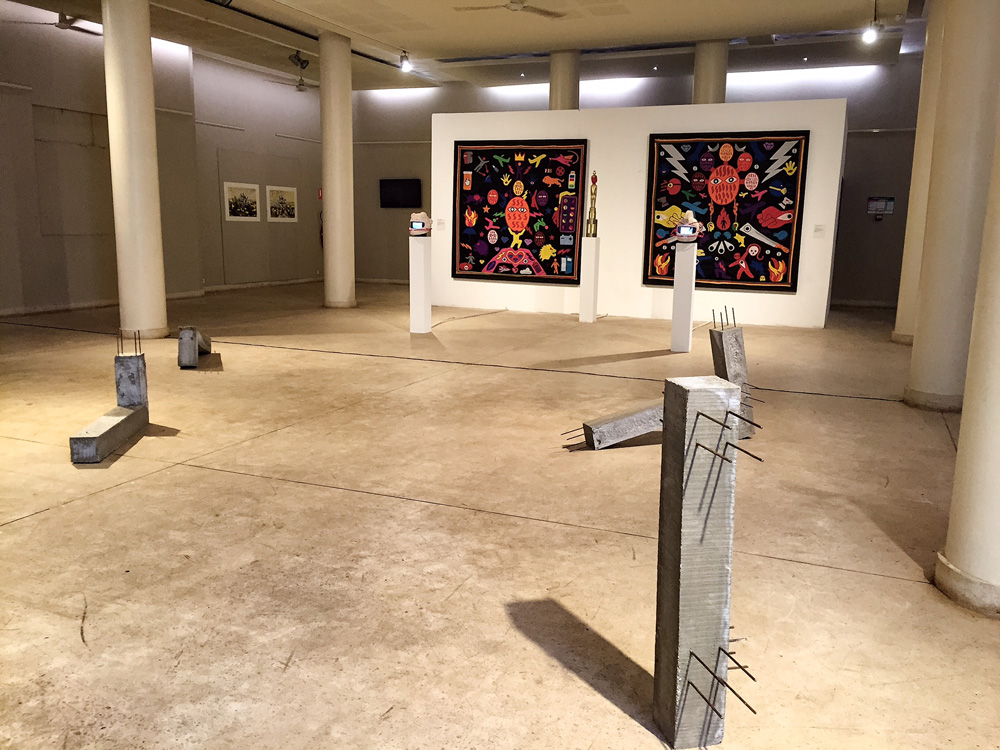 What were your selection criteria for the artists and the works?

The artistic director invited me primarily because my work as a curator has focused on Asia. As an orientalist by training, I’ve always been interested not only in the art scene in that continent, but also in general in the relationship between east and west, north and south of the world. For this reason I invited two Asian artists, H.H. Lim (Malaysia) and Chai Siris (Thailand), whose work often

explores themes which are consistent with the issue I was intending to address, and asked them to develop an idea specifically for this Biennale. Meanwhile, I chose Emo de Medeiros and Stefano Canto because of specific works which I already knew: Surtentures, Vodoonaute and Electrofetiche by the former; Structure, which had not yet been completed, by the latter. These are works which explore the relationship with the invisible; Medeiros’ pieces revolve around the magical dimension of existence, while Canto’s project – of which an integral part is the performance Marianne Noix di Dakar, created in collaboration with African-Italian choreographer Ashai Lombardo Arop and the corps de ballet of the Artea school of dance – focuses on the body and on a rethinking of the physical as a place where material and immaterial meet. 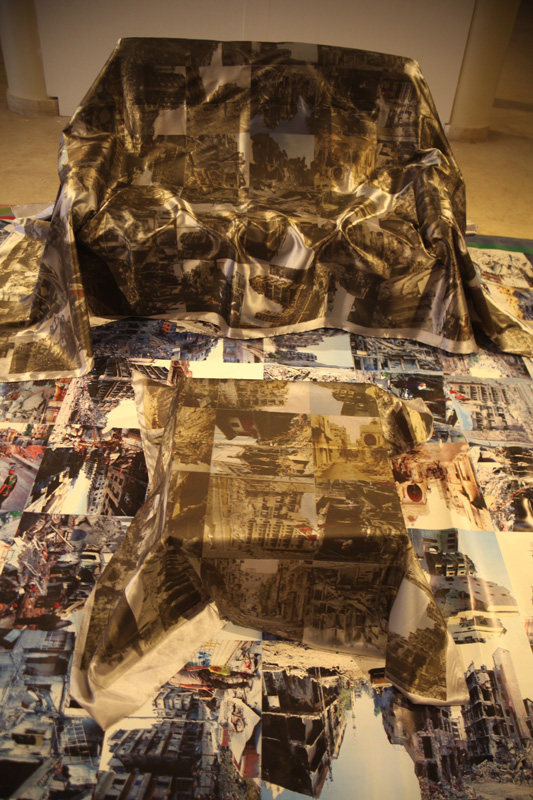 Many of the works are related to the obsolescence of technology, but also of culture. Within the social and political context of Dakar, which aspects of the local culture are addressed by the works?

In reality the exhibits are not linked with the specific setting of Senegal, partly because that was not what we were asked to do; in fact it was the opposite. Njamo’s purpose in gathering six curators from different countries was precisely to bring a diverse, more international viewpoint into the official Biennale. The obsolescence of technology – specifically the case of the old open-air cinemas which were extremely popular in 80s Thailand – is explored by Chai Siris, who highlights the way in which, once stripped of their original function, they can become something approaching a fetish. This is one of the themes he addresses in his video work The Man Who Waits 500,000 Years for this Song. Technology is associated with the supernatural not only in Siris’ work, but also in that of  Benin-French artist Emo de Medeiros, for whom this is a favourite field of inquiry. 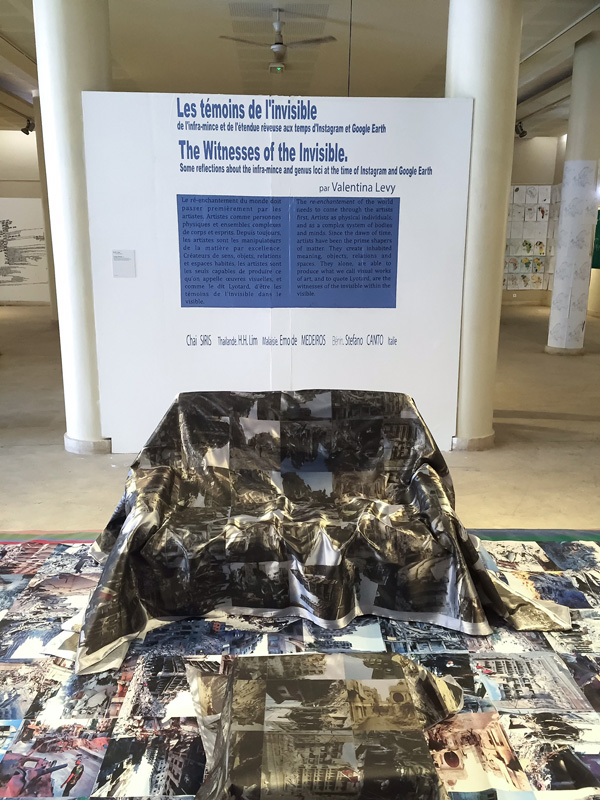 Artisan tradition, popular beliefs, stories and memories in the selected works intertwine in a  discourse and an artistic approach which brings together tradition and modernity. What has been the response from press and public?

Many of Emo de Medeiros’ works revolve around an attempt to use technology to reactivate ancient Benin traditions of art and manufacture used in a cultural setting, as in his Electro-Fetishes, which can interact with visitors’ smartphones and send them messages. The fetish, an object traditionally used to establish a connection with the invisible, is brought up to date and adopts the world’s most widespread means of communication, the SMS.

Meanwhile, in H.H. Lim’s work, reflection is directed towards the effects these technologies have on our daily lives. The artist focuses in particular on the continuous flow of images and information that washes over us every day, and on the indifference with which they are now regarded by the viewer. Lim assembled dozens of images of cities destroyed by bombing and natural catastrophes to create a patchwork of ruins, which is then printed on fabric and used to upholster a sofa, a table and a rug in a reconstruction of a typical living room. This is a work that truly invites us to reflect on how our approach to the image has changed, and also our perception of place, real and virtual, near and far.

The Dakar Biennale always attracts a great deal of attention from the public and the world press, as one of the most important international manifestations of African artistic endeavour, but expectation was particularly intense for this special edition curated by Simon Njami. Despite delays and technical difficulties, judging from the reviews published so far, it is my belief that these expectations have been met in full.