by Arshake
in focus, Game Over

Eduardo Rossi is a physicist who now studies volcanic processes in the atmosphere and is involved in the dissemination of astronomy and other scientific subjects. A follower of “learning by doing”, Rossi has contributed to GAME OVER.Loading with a reflection on time – social, working and leisure time. He calls for a fairer partitioning of time, a “mountaineering route to knowledge” as an element of social recognition and the spread of a genealogy of knowledge collectively advanced by artists, scientists and intellectuals promoting a new vision of the future.

I would like to talk about time. I see it as being like a Shakespearean character behind a curtain, with its elusive omnipresence. But I do not think I am alone in finding it troubling. What is time? Physical time is a bizarre relative calculation. So relative that you can meet twins of different ages. Or eternal presents that are difficult to enjoy. Time is the fourth element of space-time. And this time, dressed up as space, creates unimaginable potential situations. And great unease in the person who is writing.

In general relativity, Kerr’s metric shows that parts of the universe are enclosed in the double shell of a black hole, where it is possible to move forward into the future: and then find one’s self back in the past. Classical physics, on the other hand, with less imagination but more substance, reduces everything to a break in symmetry leading to the irreversibility of what flows. The famous arrow of time. But in this journey from the macroscopic to the quantum scale, we might as well come to the conclusion that time, after all, does not exist. Meaning that there is no alteration when you are alone and fundamental (in the physical sense of the word). One is on a constant knife-edge when discussing these things.

So it is better to take refuge in time as a flexible element in our human association. What I will call social time from now on. In other words, the combination of working time and leisure time. Management of social time should represent a class struggle and the re-appropriation of living space by the world’s population. Political agenda, voices in the squares. “My time (and, as it is finite), my choice”. But nobody seems to want this slogan. Time is money, but money is not time. Here is the irreversibility that comes back, overbearing. But of an economic nature. Every grain in the hourglass that is exchanged for money will never become time tomorrow. The years when the 35-hour week was the subject of political debate seem long gone.

In the past, the relationship between time and the artefact was almost exclusively relegated to the field of inventors. The quest for perpetual motion is one of the most interesting examples of challenging the impossible. The way in which defeat has, nevertheless, not prevented the creation of complex, original, exciting and emotional objects. Perpetual motion was in fact a secular quest for immortality. Today, however, I believe that art can play a fundamental role in making the current distribution of social time visible. Alongside its injustice. In other words, the implicit barter that has forced us to give up portions of physical and biological reality (the time that regulates our life cycle) in exchange for a dimension that can be converted into money (remuneration).

I do not imagine large-scale art installations. Instead, I would like to see a series of continuous micro-installations that pervade the reality of those going to work, those living in the squares, those in education. A fleet of artworks that speak of time in time. Perhaps created by what Tiziano Terzani called “a conspiracy of poets”: artists, physicists, philosophers, mathematicians and inventors, who gather like Carbonari in the middle of the night to invade cities, towns and streets. A kind of guerrilla-art helping to regain a fairer distribution of social time in favour of leisure time. And a fairer remuneration of economic time. 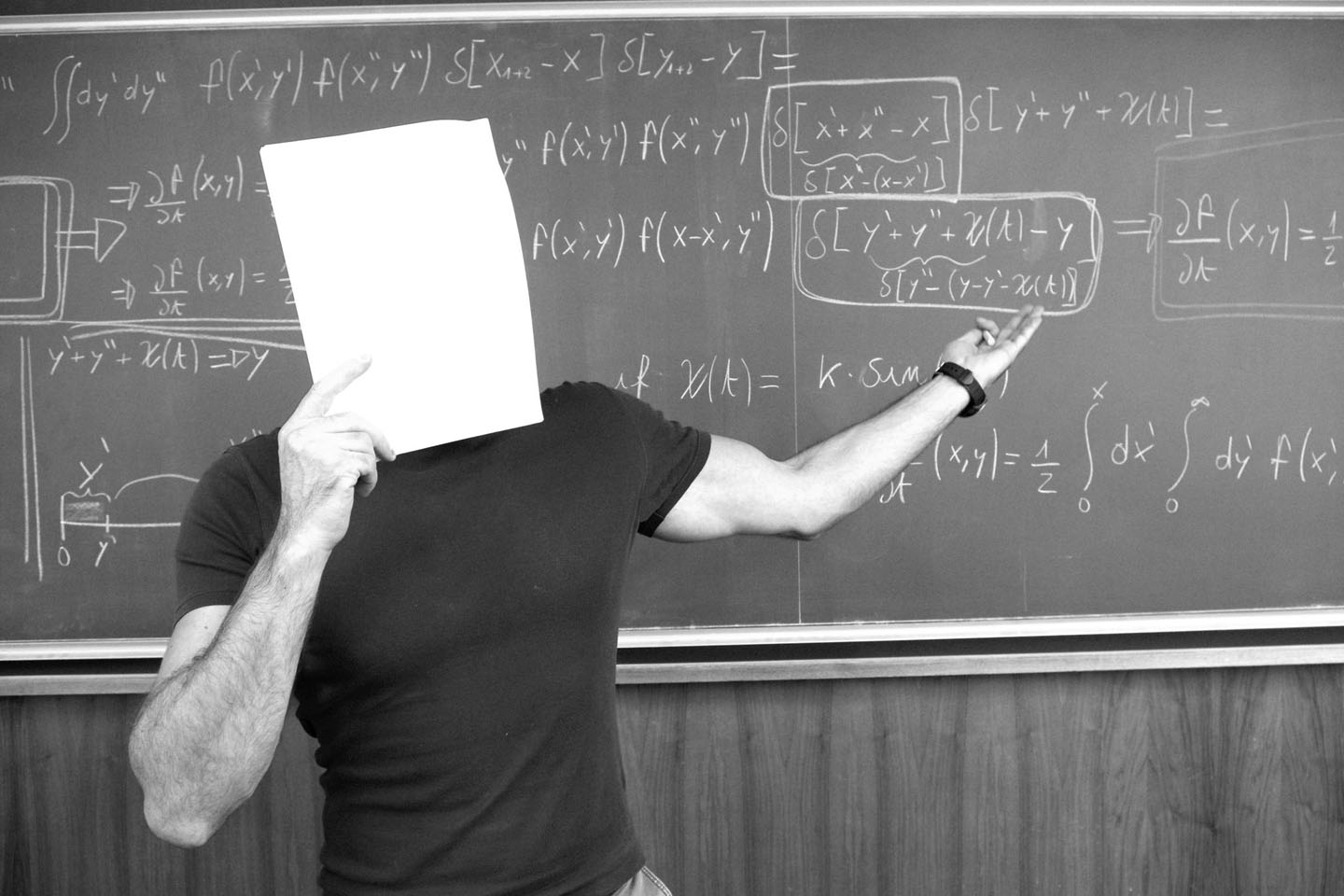 Time, in my opinion, could also be the last real physical stronghold preventing us from drowning in the virtual alternative to a present, which really does not hold much joy in this moonlight. This internal ticking and its finiteness follow, in fact, atavistic rules; free from momentary fads or virtual distortions. And while it is true that perceived time is not real time, it is also true that real time is still a finite quantity. It is just a question of how fast to travel through that space.

Once the issue of social time has been addressed, it is then necessary to take care – the “I care” so dear to the Barbiana school – how to improve leisure time. This takes on the interesting shade of liberated time. In this, I would pay careful attention to what I call the “sliding-doors of education“. By this I mean the contingency that affects the ability to express one’s cognitive potential in a school/university/training course. Encountering an enlightening teacher or being placed in an overcrowded classroom. Going to school in disadvantaged situations or having funds available for extracurricular courses. The list of “what would I be today if yesterday…” is long in education. And not only is this connected with the theme of liberated time but, above all, linked to social differences and injustices governing economic time. Those who have more are objectively more likely to realise their potential in life. In fact, we are heading towards replacing social mobility with a New Year’s Eve lottery.

If I could press RESET I would do everything in my power to bring about a world in which knowledge is an element of social recognition. And not the material “have”. It sounds like a ready-made discourse. But it would be very different to live in a world where knowing about a theorem is considered “cooler” than owning the latest phone. Looked at it from this point of view, I think there could be interesting consequences. Less economic growth, but better cognitive growth. With a “thank you very much!” from Gaia and James Lovelock.

In this new worldview, I would encourage a kind of “mountaineering route to knowledge”, where the summit is defined but you can reach it via your own route. Imagining it from below, memorising it, walking along it. With lots of Sherpa teachers to help you when there is a risk of going off the beaten track.

The creation of new forms of culture must start, in the first place, by challenging the way knowledge is divided into closed compartments. Let us renounce hyper-specialisation and return to all-round Man, to the Renaissance figure of Leonardo, in which humans are curious about what they do not know. Not about the label given to what is foreign. Let us assume that the dissemination of culture is done together: the artist, the scientist and the scholar must be able to share a common stage or installation in a shared time; conveying both the unity of knowledge and how ideas are linked.

Eduardo Rossi, a physicist by training, studies volcanic processes in the atmosphere as a researcher at the University of Geneva (Switzerland). He is involved in the dissemination of astronomy at the Beppe Forti Astronomical Observatory in Florence, and is interested in the study of the risks of asteroid impact. He closely follows new pedagogical practices applied to the teaching of science in Italian state schools. An eager follower of “learning by doing”, Rossi recently proposed “JamLab”, a project which aims to retrace the beginnings of the information society in the classroom by constructing workshop artefacts from switches and relays.

The intervention by Eduardo Rossi, invited by Chiara Bertini, is part of GAME OVER.Loading, a project aimed at researching and studying new “cultural entities”, people, objects or research from different disciplines (physics, bio-robotics, AI, agriculture and medicine) and transporting them into the art world. This is a research project, but also a gesture that goes beyond simple interdisciplinary dialogue, becoming quite radical: a real “transplanting” of research areas aimed at preparing future c(o)ulture, where “creativity” equals “invention” and “invention” equals contributing to a transformation. A spark, a sign of a genetic mutation, a change of direction, a short circuit. A different energy that is also marks a change which is taking place and could constitute new lifeblood for the Culture system. This first phase is an investigative one aimed at visionaries, hybrid thinkers from various fields, including those from the cultural sector, who can express their views on current needs, each in relation to their own disciplinary field while generally respecting culture and society at large. Project team: Anita Calà Founder and Artistic Director of VILLAM | Elena Giulia Rossi, Editorial Director of Arshake | Giulia Pilieci: VILLAM Project Assistant and Press Office; Chiara Bertini: Curator, Coordinator of cultural projects and collaborator of GAME OVER – Future C(o)ulture | Valeria Coratella Project Assistant of GAME OVER – Future C(o)ulture. Previous interviews and interventions: Interview to Amerigo Mariotti by Azzurra Immediato (Arshake, 25.02.2021); Interview to Primavera De Filippi by Elena Giulia Rossi (Arshake, January 21, 2021); , Interview to Valentino Catricalà by Anita Calà and Elena Giulia Rossi (Arshake, 04.02.2021); multiple interview Stefano Cagol to Antonio Lampis, Sarah Rigotti, Tobias Rehberger, Michele Lanzinger, Stefano Cagol (Arshake, 11.02.2021); Andrea Concas’s video intervention (Arshake, 18.02.2021);interview by Azzurra Immediato to Leonardo Jaumann (Arshake, 28.01.2021); Interview to Peter Greenway by Stefano Cagol (Arshake, 04.03.2021), Intervento di Giulio Alvigini, Bye Bye Boomer, Game Over Art World (Arshake, 11.03.2021); Interview to Ken Goldberg by Elena Giulia Rossi (Arshake, 18.03.2021).