The project by Fuse* for “Residenze Digitali”, a project of contamination between performing arts and the digital environment

The Fuse* studio met the audience of “Residenze Digitali” for an online meditation lasting about one hour. This is Sál (‘Soul’ in Icelandic), the third chapter that closes a trilogy of live media performances. The first, Ljós (“Light”, 2014), is inspired by the act of ‘coming into the light’, using the metaphor of dreaming and waking up. Dökk (“Darkness”, 2017) recounts life from birth to death through a journey composed of ten moments (rooms) representing the changing perception of reality over the course of existence. In Sál, the research focuses on the experience of perception taken to its limit.

From the screen we see a room where Roberto Ferrari, the person who will lead the meditation in real time, is preparing to concentrate and make us concentrate. Two people, with their backs to us, follow the meditation in the physical space, extending the space to us and inviting us to be part of it. We are behind them, so the room we see on screen becomes an extension of our own. 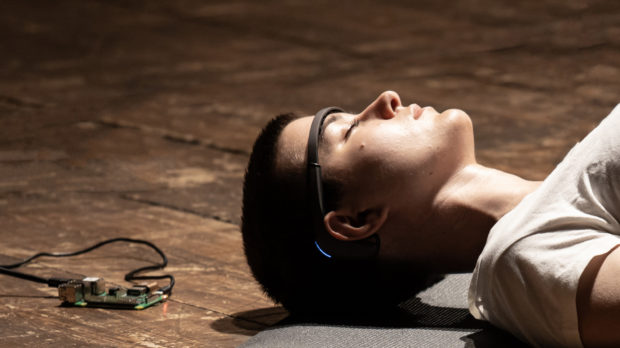 Relaxing, clearing one’s mind, finding a comfortable place, disconnecting from any other devices
Feeling the body, breathing freely, liberating the mind, finding a quiet place
In search of ourselves, our inner world,…, turning our body inside out, extended onto the screen in order to reconnect with ourselves… finding the body’s warmth, its breath…
Pause… make contact with the space by pushing it back with one’s hands.

This is the premise, the way into the fuse* studio project and their virtual space – representing an extreme attempt to re-connect with the mind and the self by using the screen as a medium rather than a limit. Some questions were asked at the entrance of this online experience through a form to be filled in:

At the end of the meditation, participants were asked to send a drawing, a sign, through the webcam to express the feelings that emerged from the experience. This is the contact device on both sides of the screen.

In the middle of this meditation, which only individual experiences can express, the mind leaves the body which, at this point, is alternately lying down, sitting up, lying down and sitting up again. Hand contact in space was asked for, activating other perceptive capacities which would otherwise remain “drowsy” under the screen’s hypnotic effect.

The brainwave response of participants’ meditation is made visible to those who follow the live online performance by graphics superimposed on the screen together with sound, detected through EEG (electroencephalography) technology. 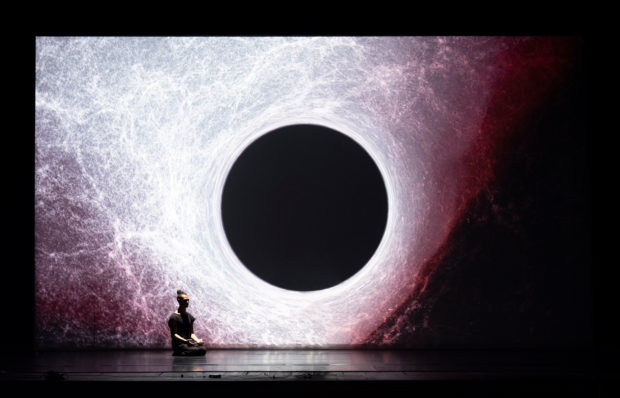