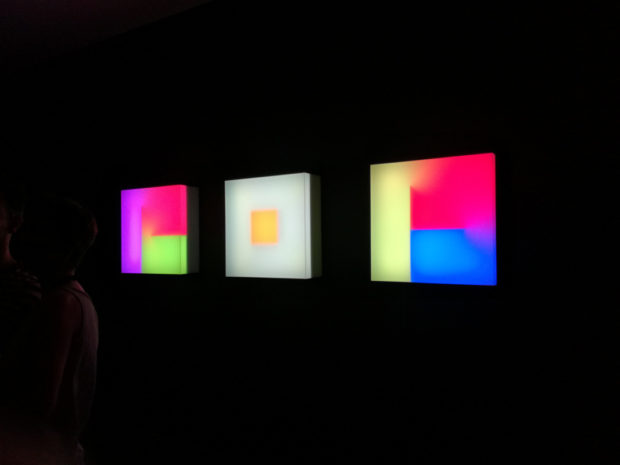 Brian Eno, a polyhedric figure that needs no introductions since he has won the hearts of many across generations, delighted the countless and diverse audience at the Sónar Festival last year with his inauguration talk Why We Play, which Diana Di Nuzzo followed last year for Arshake. The double meaning of the English word ‘play’, used in the sense of game, but also with reference to music and theatre, engaged the public in Eno’s kaleidoscopic view of art, music and life. This year, Brian Eno is Sonar’s key performer with a series of sound sculptures that take on ever-changing shapes and colours thanks to the interplay between light and shadow, as well as the vibrations of sound and space. These works, exhibited at the Max Cahner Hall of Santa Monica Arts and orchestrated in three floors, showcase his latest creations, some made ad hoc. The hypnotic audio-visual installation 77 million paintings, which lightened up Madrid in 2013, features among these works. In addition to the exhibition, where visitors gather and immerse into a magical dimension full of inspiration and creativity, Eno’s latest album “Reflection” will take those who arrive in the city by surprise, at Barcelona Airport’s Terminal. A pervasive creativity expands to the city and preparare for an explosive weekend, certainly leaving its track over time. 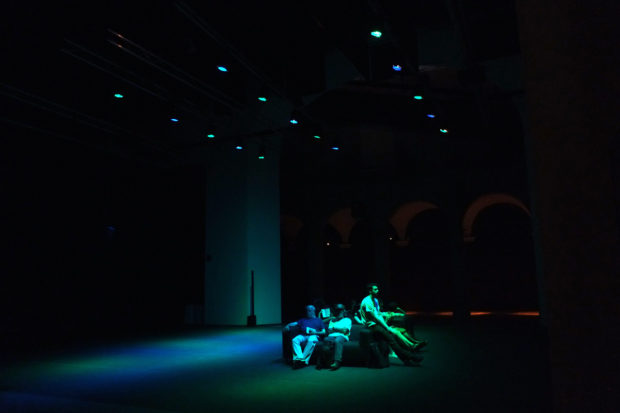 “Just as children learn through play – as Diana Di Nuzzo recalled in her article related to last year’s Brian Eno monologue – in the same way adults learn through art. This is why to make art and to speak of art, in any way or form, is still an important task, whose value should not only be quantified in financial terms, but on a wider scale”. With this in mind, let us be surrounded by art, one that can be seized by all senses. 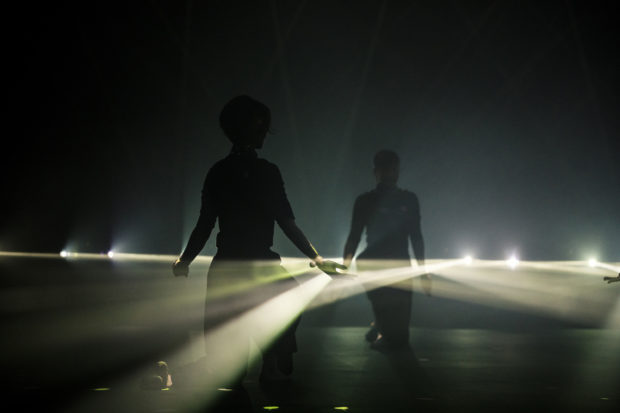 Coming back into the spaces of Sónar, today it will be revealed the augmented immersive experience phosphere (sphere of light) by Daito Manabe. A monumental hybrid robotic architecture within which synchronised mirrors, smoke machine, spotlights and video projectors combine to build a space with 3 dimensional elements that change according to the position of the audience. 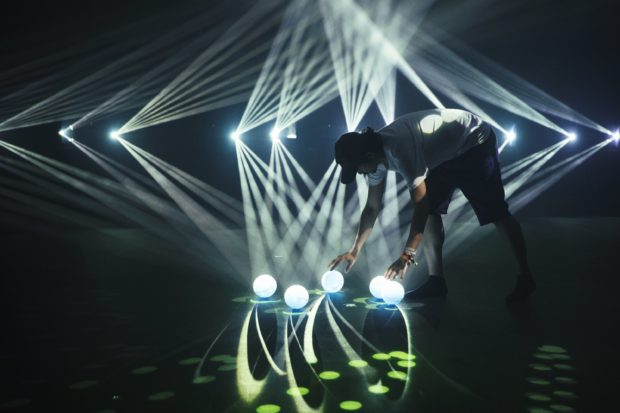 These are some among a number of events of an ever expanding Festival that this year counts more than 300 activities, 5 exhibitions in various city venues and more than 200 activities at Sónar+D, ranging from conferences and workshops to presentations of artistic and technological projects. Soon on Arshake some reflections on the events. In the meanwhile we suggest you to check on the Sónar Festival e di Sónar + D‘s websites the tight schedule of events and to follow us on Arshake’s Facebook page and twitter for live comments.

in a conjunct initiative by Sónar and Fundació Sorigué