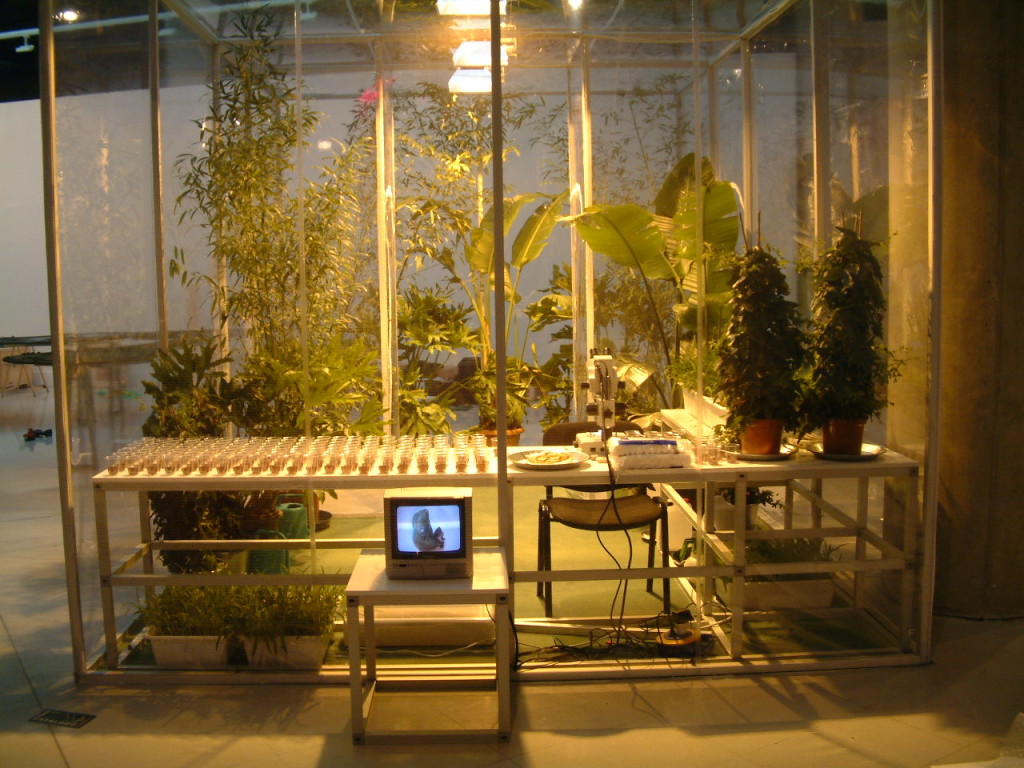 Today, the fourth of eight appointments with the critic reflection by Antonello Tolve who retraces the complex relationship between art, technology and nature, by surveying a number of artworks connected to the relation man/environment, from Land Art to Transgenetic Art to Bio Activism.

..Surprisingly eclectic, Eduardo Kac’s trans-semiotic creations – where the artist employs different semiotic spaces and disciplines and aims at the creation of new images of life trough a procedure that he defines Transgenic Art[1] – represent – along with Joe Davis’ early experiments (his project Microvenus dates back to 1986), Marta de Menezes’ nature, the Critical Art Ensemble’s molecular invasions and semiotic shocks, the Australian collective Tissue Culture & Art Project (Oron Catts & Ionat Zurr)’sWet Art or the documentary photographs by Zachary Copfer, just to name a few – only those artists most committed to a medium that coincides with the object of their theoretical speculations. In the cue of Duchamp’s teachings, the artist’s work shifts from the representation to the presentation of a given object, to a world where, as suggested by artist-curator Dmitry Bulatov, “the reality of representation (the world of art creation) is replaced by the presentation of reality (creation of the world), thus reducing to nothing the difference between an originally artificial model and the actual world”.[2] Therefore the medium the artist employs becomes creation of a world in a reduced scale and her intent is to reinvent and reinterpret the original model in the light of a common element comprising art, science, philosophy, and social cultures. She does in order to give birth to an aesthetic sample that ­– thanks to the combination of genes, the production of transgenic living beings, and the culture of tissues ­– imitates life with the help of scientific accomplishments. 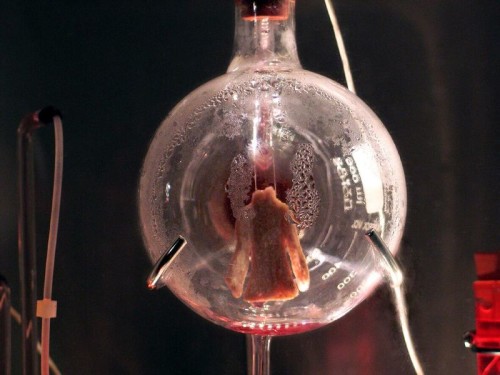 Jens Hauser offered an appraisal of twenty years of these para-ecologic projects in 2003, when at Le Lieu Unique in Nantes, France, he organized an exhibition with the captivating name Art Biotech. There he collected the heterogeneous works of artists whose language tends to turn inside out the biotechnological achievements and introduce the biological matter in the field of art. Then again, in 2008,with Sk-interfaces at FACT in Liverpool, Hauser discussed “the ongoing evolution of the sciences of life” that “constantly shuffle the cards and erases the borders between human, vegetal, animal, natural and artificial, living and non-living, organic and inorganic”.[3]

This is the fourth of eight appointments with the critic reflection by Antonello Tolve who retraces the complex relationship between art, technology and nature, by surveying a number of artworks connected to the relation man/environment, from Land Art to Transgenetic Art to Bio Activism. Previous parts: