The project by collective Jan Voxel realised for Residenze Digitali as part of The Critters Room that has put the spotlight on fine dust through a radio programme performance.

by Arshake
in exhibitions, Festivals, focus

Olga legge i critters (Olga reads critters) by the Jan Voxel collective for Residenze Digitali puts the spotlight on scientific research, focusing on fine dust and channelling it through a radio programme, ‘imagined’ as a fantastic tale about critters – organic and non-organic creatures captured on glass slides in a performative gesture resulting from a collection lasting 448 days in the Po Valley area. Companionship is not only limited to the organic and inorganic but also involves the temporal – as Cinzia Pietribiasi explains in one of the in-depth studies that accompany the project (available on Kilowatt Festival’s Facebook page).

In fact, creatures from the immediate present – insects, pollen, plants – are deposited on the slides, but also hydrocarbon residue taking us back to non-human geological times. The context and local ecology of fine particles, and the way this relates to humans, is the subject of this work.

The performative reading of critters took place on two levels, as an audio through the radio programme, in collaboration with mikroradio, and as a visual piece. Users were asked to listen to the programme by scrolling through the archive images published during the Residenze Digitali presentation, which are still available for consultation. Images from the slides were overlaid by voices and imaginings that translated and re-interpreted them. 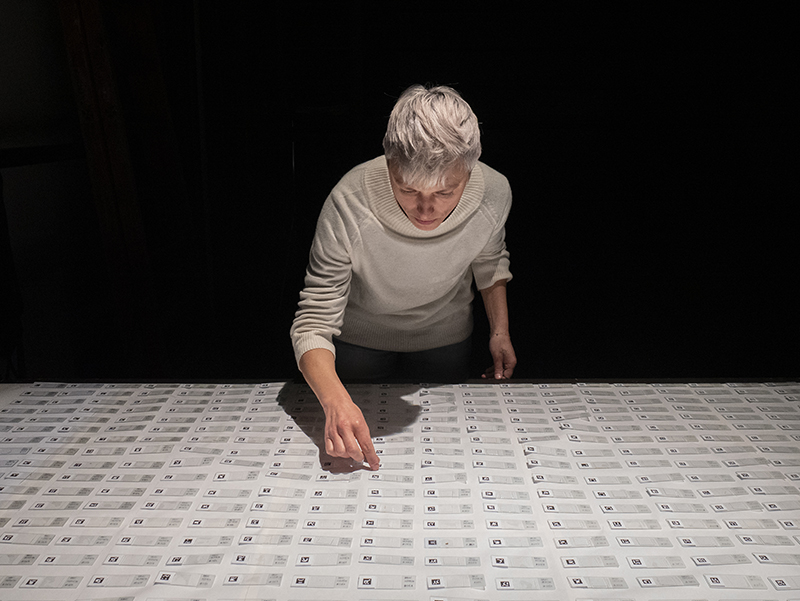 The reading of the critters was conceived as a workout for the imagination accompanied by scientific information exploring the themes in depth with the help of experts, such as physicist Marco Cervino, climate expert for CNR in Bologna. Cervino was one of the project’s first interlocutors who, in a conversation preceding the performance, explained exactly what fine dust is and what its effects are.

“What is imagination for?”  – we hear this question during the live radio broadcast as we scroll through the images on the website.

“To build representations of the world and oneself, to multiply scenarios and possible alternatives, to escape from the tyranny of the here and now. To criticise it, to overturn it, to think the invisible, to invent the other, to choose between multiple directions, to reveal multiple connections between past, present and future, to believe in what does not exist as well as what exists.

To build models, to fill the gaps in rational thinking, to hope…
Imagination must be cultivated and nurtured… if this does not happen it atrophies, becoming discouraged…
Those who do not exercise their imagination become victims of those who control images.
Imagination is political.”
Imaginative exercises alternate with reflections on the power of imagination and utopia.
“… Utopia means experiencing chance, failure…
You have to become a character within the narrative, suspending disbelief and acting accordingly. You have to believe the story is real and break down the barriers between narrative and life… fiction is action, this is utopia.”

This is one of the ways in which the Jan Voxel collective connects science and imagination, relying on the trans-disciplinary nature of the group and the different backgrounds and skills of its members: Lorenzo Belardinelli (physicist and programmer), Cinzia Pietribiasi (performer and theatre director) and Lidia Zanelli (dancer and set designer).

Olga reads Critters is part of The Critters Room, a project created and realised between 2020 and 2021. With Residenze Digitali the project has achieved another important objective. In addition to the radio performance, the archive that collects all images of the critters is now online. It is correlated with a dictionary, the mapping of the network that is developing around the project, which is conceived as a generative work, and a blog. The archive projects past work into the future, ready to receive new images of the invisible life around us, sampled with performative gesture, and to generate awareness.