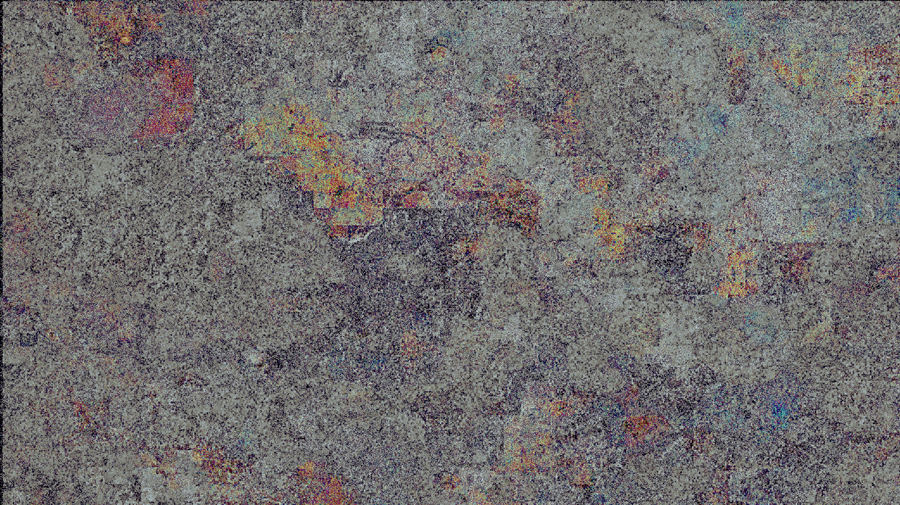 Thirty of the finest producers from all over the world, forty hours of music and – starting this year – audio visual installations for the special Spring + On project (curated by Caterina Tomeo) for a Festival that in 2014 received an astonishing following. It did not rest at this successful formula, having decided to break beyond the confines of certain artistic expressions and delving into a hybrid dimension composed of sound, images and interactivities in order to relate with the capital city and its residents. Spring Attitude, with the artistic direction by Andrea Esu, is the result of a music research project developed by Esperanza, an association established through the fusion of Rome’s Akab (a time-honoured club located in the city’s Trastevere district) and the L-Elektrika party which began bringing the Festival’s international guests onto the Rome scene 13 years ago. Today, the course of this research has earned the attention of local administrations and Roman institutes like the MAXXI Museum, MACRO & Factory and Spazio Novecento will be hosting them for three consecutive days. A fusion of artistic styles, the audience’s total participation and an exchange with the city of Rome give this festival its groove in an environment with international flair.

The most prominent exponents of Electronic music will take turns performing over a three-day period; Spring Attitude will open at the MAXXI after the success of the first two previews with Jolly + Mare and Nils Frahm’s fiery show. The first day of Spring Attitude will raise the curtain to evocative light and sound performances – part of  SPRING + ON , the project curated by Caterina Tomeo. Artists with an international appeal from Italy and abroad will transform the external areas and the lobby of the MAXXI into a suggestive backdrop for captivating interactive sculptures of light and sound. Curator Caterina Tomeo believes that «the audience should no longer be anonymous. They must be involved and participate.  It is from here that we experience the instructive sense of a work of art – intended as the ability to draw the often dormant potential (ex ducere) out of an individual».

Based upon this (important) premise, Edwin van der Heide, an artist who has always been committed to a quest that oscillates between sound, space and interaction, will offer a performance in which the musical idiom gains an interactive and inter-disciplinary dimension to become a generator of spaces. His LSP – Laser Sound Project designs 3-dimensional structures that materialize in the fog with sounds, electronic drones and a synchronized ray of colourful laser beams which the audience can play and interact with.

Germany’s Robert Henke, with his firm background as the engineer and author of Ableton Lice software – one of the most widely used in electronic music production –, explores space in its generation between the physical and the virtual. Scraps of digital processes or peculiar recordings such as sprays of waves captured on a beach or the vapours of a coffee-maker are the materials used during his multi-channelled and multi-sensory concert Dust which comes to life from the dark stage to embrace the audience.

Then there is the Quiet Ensemble, an Italian duo that is active on the international scene with a development of the lesson John Cage with the heightening of unperceivable sounds and by triggering processes of transformation – thus, of translation – of different kinds of energy (i.e. motion, electric impulses) into sound. The two Roman artists will be performing their project Natura Morta (Still Life), a concerto for fruit where the electrical impulses emitted from inside the fruit become sound compositions. This time plants are also called to perform on stage together with lights. As still lives the images of these particular «natural instruments» are video-projected in a background that breaks off into an abstraction of light and colours under the impulses of sound.

The musical section opens with the culture club of John Talabot’s, the experimentations of Dean Blunt and Yakamoto Kotzuga (Giacomo Mazzucato). Kotzuga is a talent who was also embraced by Fabrica, the creative branch of Benetton. The schedule for the Festival over the following days is jam packed taking place at The MACRO Museum and at the Spazio Novecento. Arshake has covered the project, focalizing on the work of several of the featured artists. Others will be explored in the days to come in order to learn more about this increasingly hybrid culture which is revealed through a multi-disciplinary and multi-dimensional approach. These products all do share, however, a time-based nature.

SPRING ATTITUDE at the Museum MACRO