The new chapter of I Am Dancing in a Room_La Fauna 2k21 by the wi-fi perfomer Cassiani, inspired to the internet solitude realised for Residenze Digitali

Residenze Digitali has created a window of experimental opportunity for artists, who have extended their experiences in theatre, dance, cinema and animation to digital space. Mara Oscar Cassiani has experienced this from her field of activities, the web, which she has been investigating for years, focusing on the way it manifests itself and takes shape in digital folklore, lying where the physical and the virtual cross-contaminate each other. 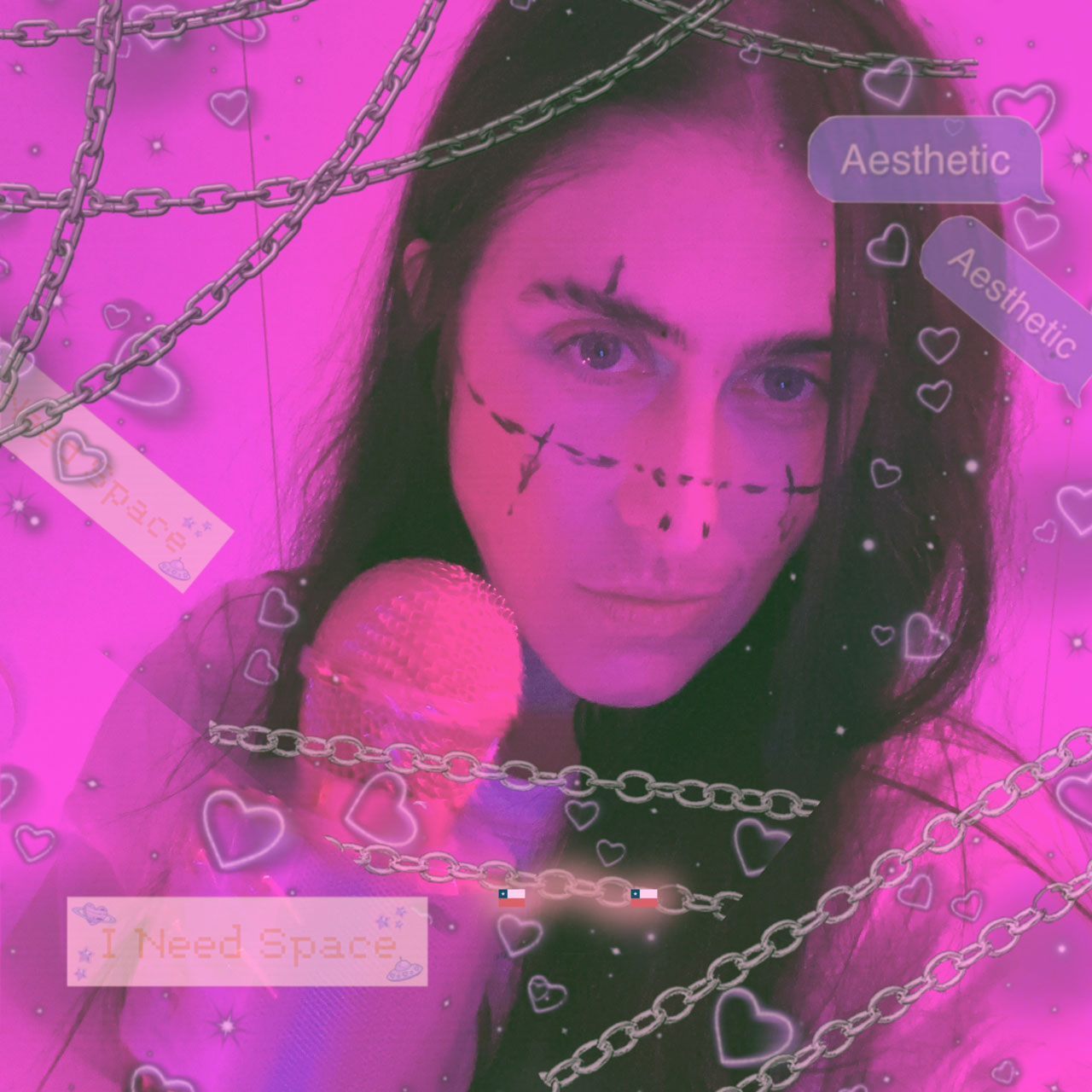 Her project follows on from La Fauna, presented in studio form in Berlin, and the subsequent La Fauna 2k20, Roses and La Fauna 2k2, I am dancing in a Room performed at Romaeuropa Festival’s Digitalive (2020, 2021)  in a completely physical communion expressed through a music and dance ritual transmitted on the web in a visual flow accompanied by alien aquatic landscapes, floating stickers and renders. For the new version created for Residenze Digitali, the performance was entirely reabsorbed into digital space from which it opened up to different locations, cultures and lives at the same time around the world. 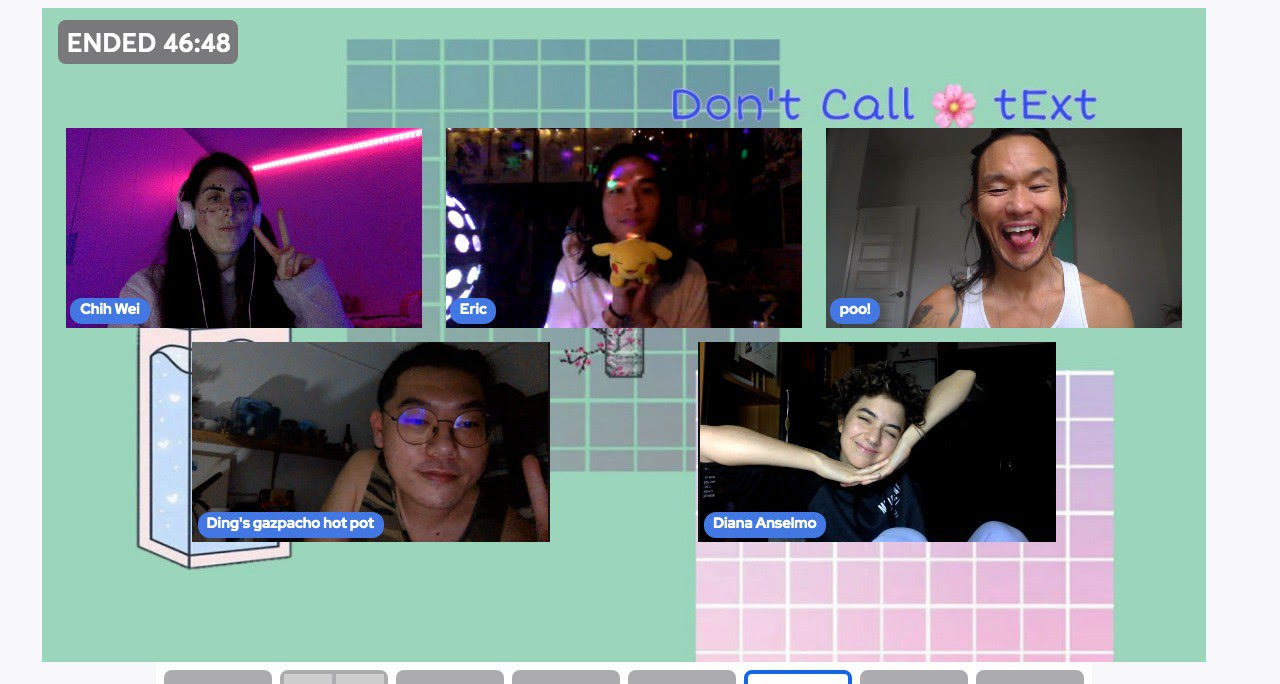 This version of La Fauna is also inspired to “ the loneliness of the Internet, the continuous scroll down or surfing of social networks between users in front of their screens”, as Mara Oscar Cassiani says in the interview she gave to Pickwick before the event was streamed.

In keeping with how the social network TikTok is used where it is possible to enter many rooms by scrolling down, the public was able to look into the “rooms” of a series of artists who opened a window onto their lives in real time. We had to scroll through a web page before arriving at the live performance, a preparatory gesture to get into the mood of this fast, voyeuristic and vertical culture. 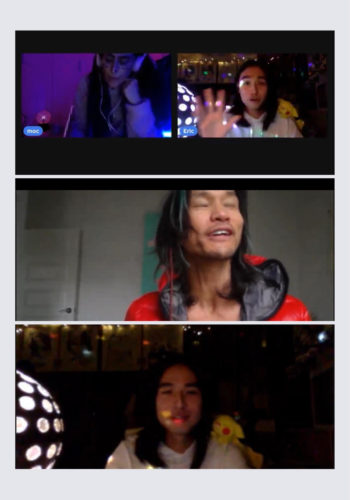 On 28 November 2021 at 6pm we were all online, ready to enter the live performance that would last about an hour. We scrolled down a Tumbrl’s page through a series of post before reaching the performance live, a ritual gesture that attuned us to the mood of this visual vertical language.

A first window opens in Taipei. It is one o’clock in the morning. The webcam captures Tseng Chih Wei walking with a friend in the red zone of the eastern part of the city. They talk about this district, which is very special for Taiwan because of the many clubbing and the free style and queer life that characterise its nightlife.

At the same time, still in Taipei, Huang Ding Yun addresses us on the concept of culture starting from  Chinese language while preparing a hot pot gazpacho.

We move to New York where it is still Sunday morning. Eugene Poogene, after a night out, tells his story while getting dressed before going out for an appointment. 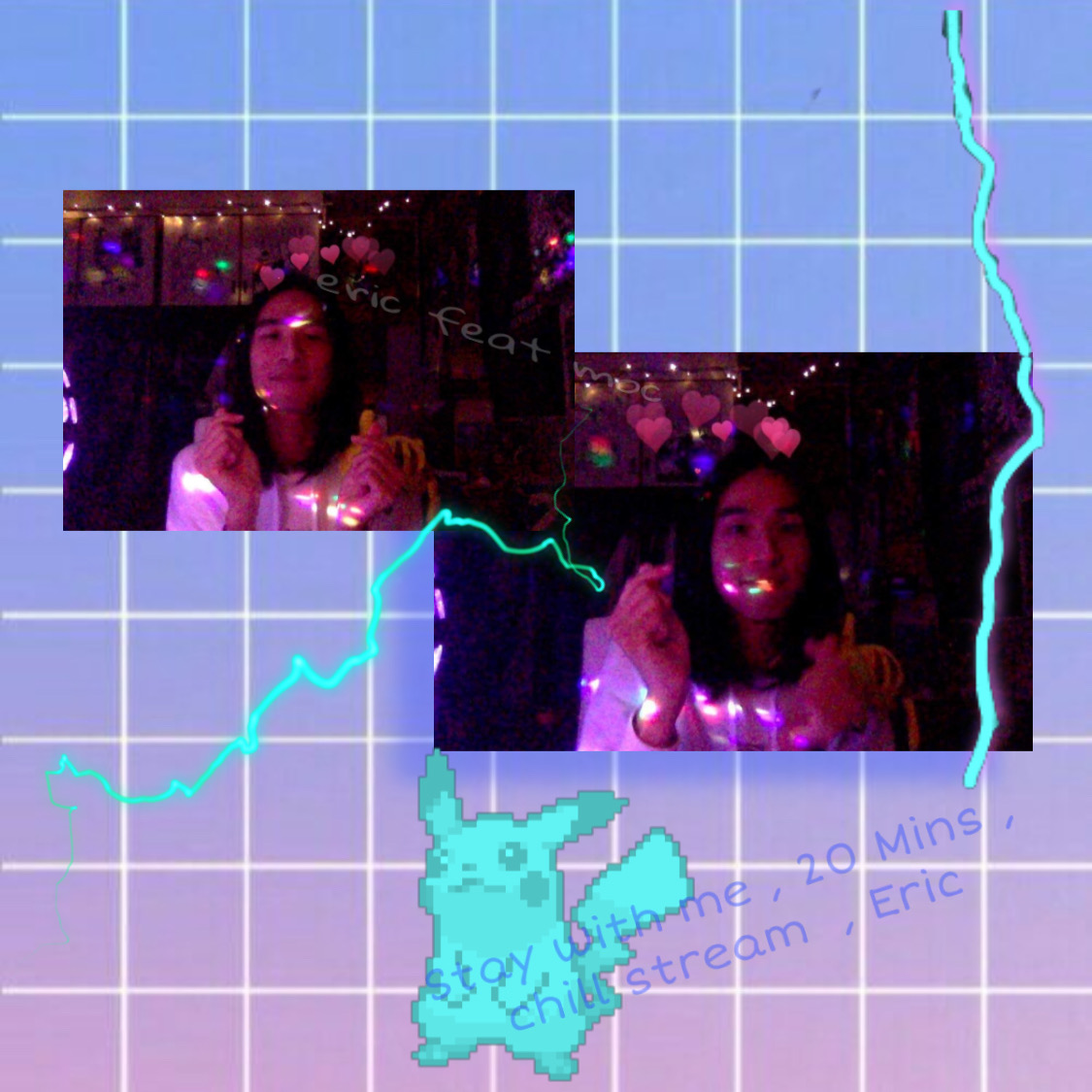 It follows Eric Tsai, back again in Taipei at night. In the middle of an internet party he talks about the importance of the physical condition of sound in the communication among bodies, and about how the physical component can move beyond any border.

We arrive in Italy where we meet Diana Anselmo who connects at six o’clock in the afternoon. By communicating with writing and the sign language in the loud frame of sounds and merging with the gestures of Eric and MOC, he addresses us toward new frontiers of communication.

At seven o’clock in the evening Roland in Johannesburg plays the piano. We are witnessing all this in real time. 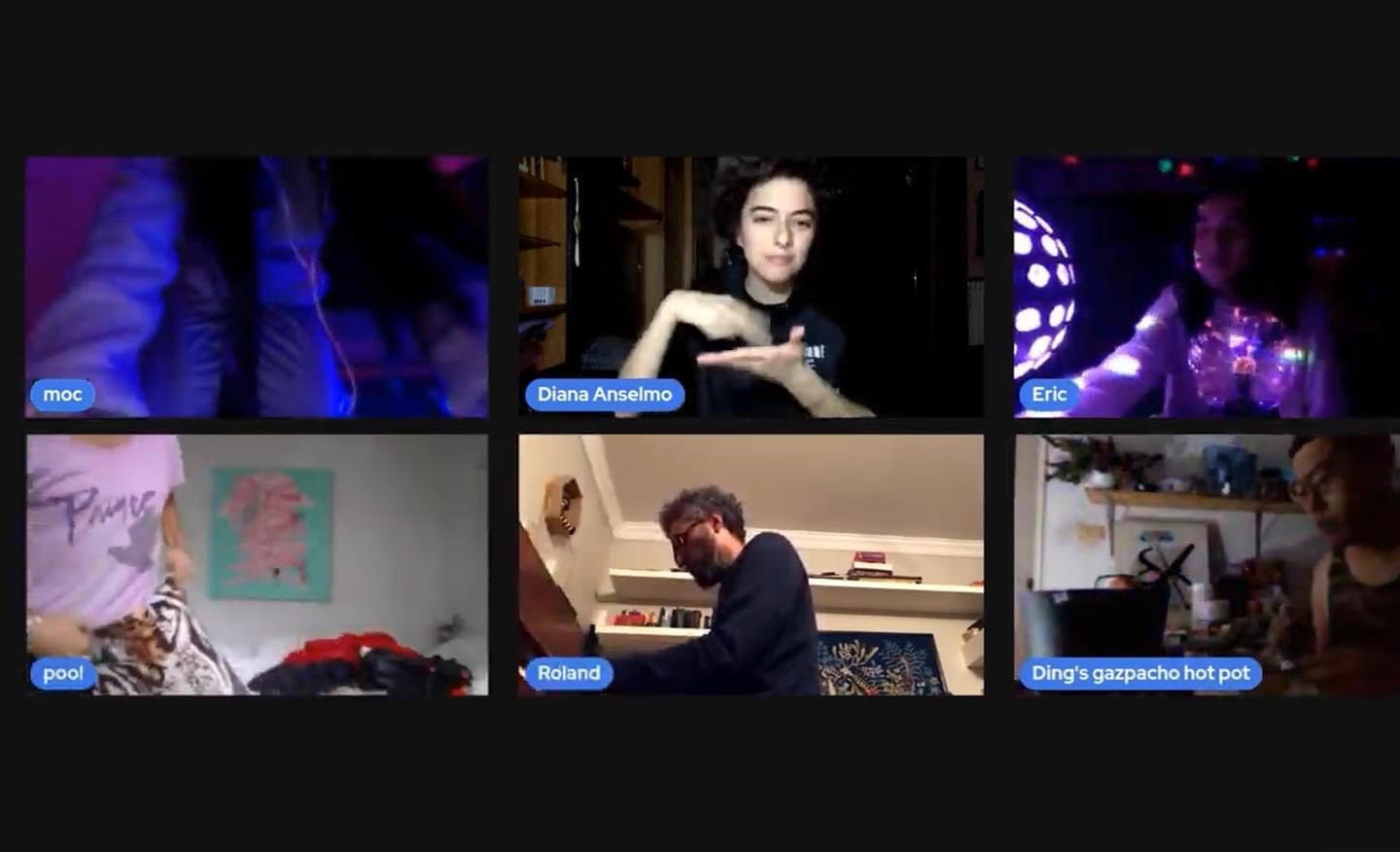 Geographical distance, but also cultural distance come together in a temporal simultaneity that also becomes proximity, doing so through a ritual finely guided by the wi-fi performer, as the artist likes to define herself.

Elevated above all (traditional) geographical boundaries, the performers are also able to contact each other through their windows, or so it seemed to us from the choreography that Cassiani orchestrates with great awareness in streaming the event alternating and juxtaposing one window with another in front of our voyeuristic gaze.

This voyeuristic aspect recalls those who – particularly in the years from 2005 to 2007, when YouTube was born and began to spread – surfed the web to snoop through the backgrounds of amateur videos shot in people’s homes, often in their own rooms, even in their bathrooms. Valentina Tanni (art critic and author of Memestetica)brought this up in a conversation between herself, the artist, Kamilia Kard (artist and professor) and Professor Stefano Brilli, which took place before the performance with participants wearing pyjamas in their rooms and broadcast in the evening, from room to room, again creating a common space with users who felt part of the conversation in the same room, even when watching the conversation later on on youtube.

Through a ritual Mara Oscar Cassiani has opened her room to ours, from which she transports us to faraway places – from room to room, from intimacy to intimacy, from culture to culture. In a series of simultaneous events, the artist places us on the threshold of several spaces, dimensions and moods caught in their very essence.