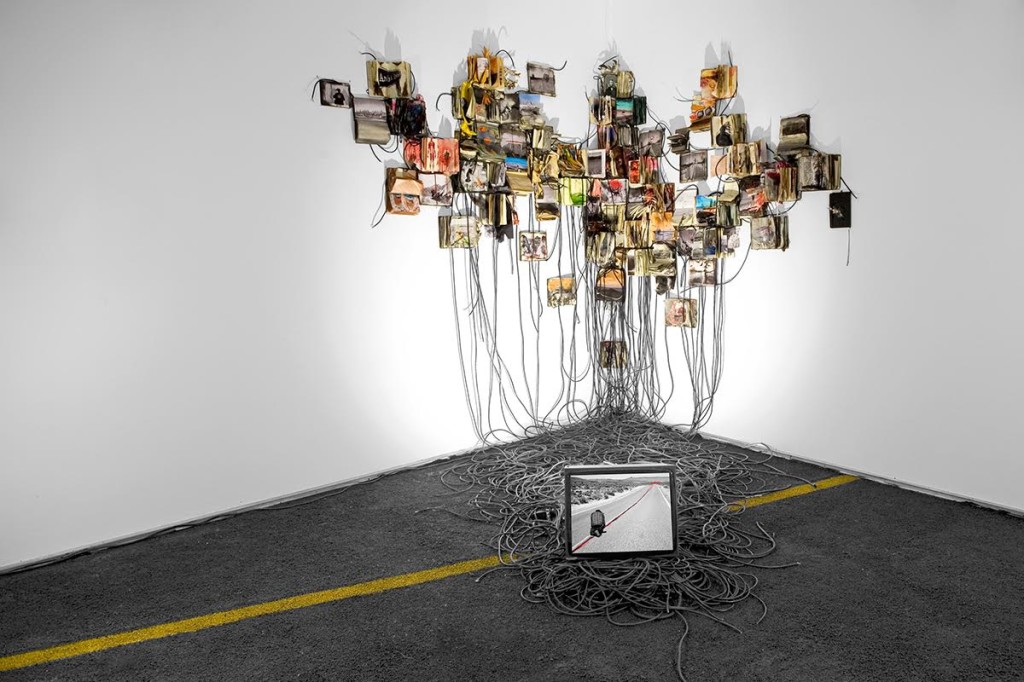 Today, the fifth of eight appointments with the critic reflection by Antonello Tolve who retraces the complex relationship between art, technology and nature, by surveying a number of artworks connected to the relation man/environment, from Land Art to Transgenetic Art to Bio Activism.

…Leaving aside the urgency – typical of Land Art and of a large number of site- (and city-) specific projects – of working en plein air, of confronting with the forces of nature and transforming the landscape with the tools of art in order to move a critic against the cultural industry and the market, the artist gets back to the closed space of her own atelier or that of the institution (the museum, the art gallery, the festival): this time, though, she does so with a well-fasten seatbelt and with the goal of “unveiling what happens inside the genetic labs in order to inquire about technologies and learn how to use them.”[1]

The dissemination of information on alternative platforms such as that of art’s and that of the Internet’s (in the case of biohackers) is today the task of new organizations and schools of thought (stemming, in part, from the world of makers). They are strongly committed to share diverse competencies (mostly through hacker-culture and Do It Yourself philosophies) so to show the developments of new technological scenarios, and to reveal their internal functioning.[2]

The current scenario of art features the experiences of some artists that – akin to the now well-established and historicized practices of Land Art ­– do not seem to modify the landscape (they do not want to do it radically), but rather inhabit it naturally, in order to rediscover its luring power. Tireless travelers, explorers equipped with a compass and with all the necessary tools to sustain a face-to-face encounter with a pristine and at times tough environment, the artists who are more attached to this aesthetic trend are urged by the desire to have physically involving experiences, by the need to establish a symbiotic relationship with landscape, by the nostalgia of preserving the ephemeral character of an event, of living an unique experience and chronicling it by avail of any possible means of expression. 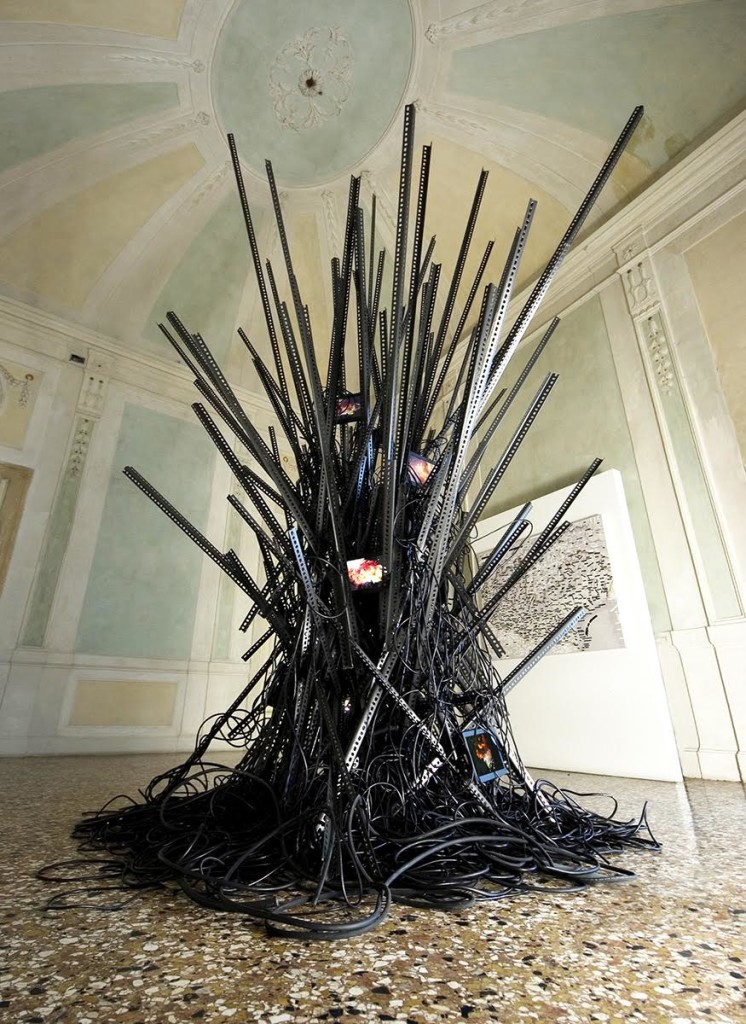 To make some examples, Inner Surface (2009), I Road (2011), What Remains (2012), Natural Industry (2012), Sketch Life Books (2012-13), and The Great Valley Project (2013) by Daniele Girardi – all follow that disposition, that Neoromantic-nuanced trend.[3] These works invite the viewer to revisit a poetic inventory connected to ecosustainability and to an ethicality that takes care of the world, so to sense its humors, scents, tastes, and voices lost in a earthy nostalgia. In his last exploration/residence project organized by Norwegian Atelier Austmarka in the vast Finnskogen forest (10-26 Nov., 2014), Girardi displays this eco-tourist inclination: he delves completely into an untouched nature to set out a program in plastic arts – made with images, words, objects, minimal units of material – in whose expressive core the present relentlessly turns into the past, into an archive of memory where each single fragment of reality is obsessively stored, redefined, reconfigured, redesigned according to a creative scheme where the history and the passions of the individual are tirelessly narrated and naturally reflected in the social and institutional landscape. 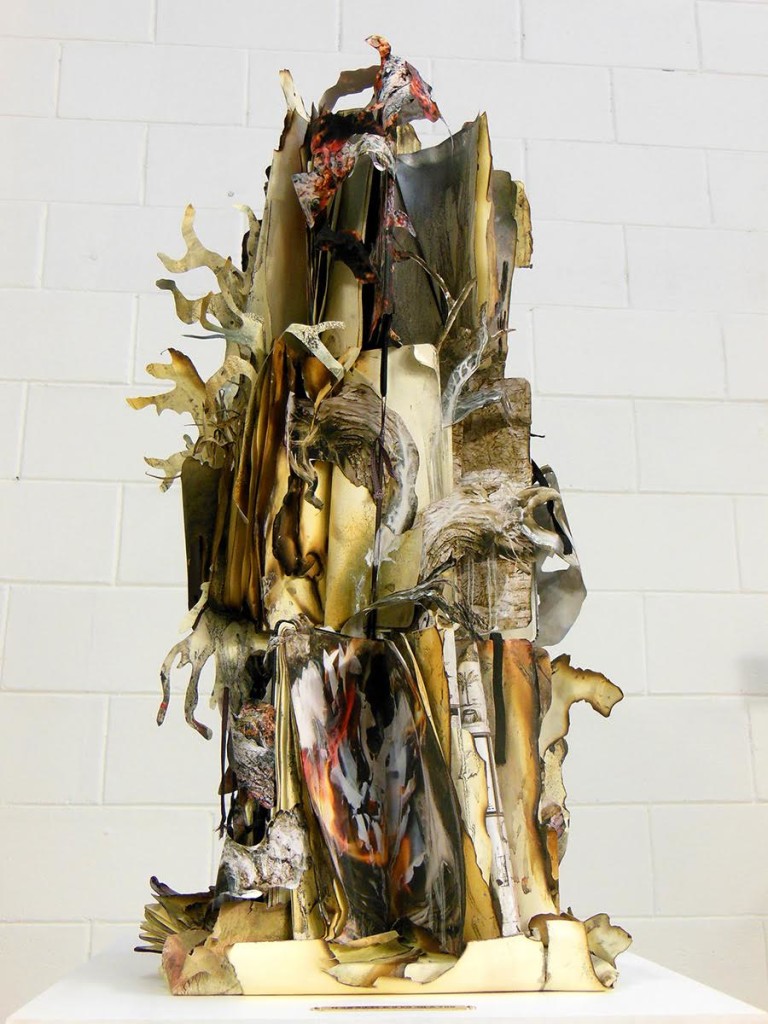 There, the viewers take part (attend) in a series of exchanges, through a number of intermediate steps: a posthumous performativity presented in photographs chronicling a journey; travel notebooks whose lines have been occasionally and deliberately erased, burnt, or reduced to an unreadable blob; installations assembled with objects collected during a trip, things captured with the eye, fragments of memory carefully gathered and catalogued. The travel narrative begins on 12 November 2014, with a first note announcing that the artist intends to organize his “emails by day, therefore with a date” and, “where available”, also “with GPS coordinates (there’s not enough satellite signal, but there’s a an amazing light to take pictures) […]”.[4] Together with the duly photographed and catalogued objects, the preparatory coordinates – N 60°5’37.53” / E 12°20’50.64” ­ (H 224m) –  identify the starting point of a process that, in fact, deals with beginnings and ends, with the description of hidden continuities, and with comebacks, habits, and desuetude. On 13 November, upon the traveler’s arrival in the wild and inhospitable forest, the tour finally takes off. “The Norwegians call it ‘MYR’” ­– says the artist in a blog (“I’ll keep it updated as thought it were an expedition ‘travel log’: with photos, videos, notes, sketches, drawings, graphic annotations, cartographies, etc.”)[5] that works as the visual chronicle from the Norwegian wilderness ­ – “It is a water-soaked land where your feet sink in like into quicksand; there, five steps equal one, but you can barely move on.”[6]

The first step of this aesthetic tour is indeed related to a number of important creative gestures turning art into everyday life, into ‘exploration’, into an exercise and practice of ‘resistance’, into a ‘connection’ with wild nature, into the realization of a ‘cartographic poetics’ identifying the cardinal points. For Girardi, these four globe-shaped points represent “the basic element and the essence of the whole tour”; indeed, “the sum of one’s experiences has a performative value, since the most authentic core of a poetics originates in the very moment in which one has a certain experience: in my case, this amounts to my stay in the forest in direct contact with the surrounding environment”.[7]

But there is another, later section of this project which is more strictly linked to the act of documenting, of bearing witness of what once was, of chronicling visually what brings together under the same sky (or within it) reality with vision, ‘cartographic poetics’ with memories and with the ‘biographies’ of places. This later stage is a space where the artist has envisaged a gallery, which he defines Epic of the Objects and Archeology of Materials, instrumental to define what things do, and their movements (indoor and outdoor): “At times used, at times replaced, the various objects and artifacts featured there become part and parcel of the outdoor activities. In some situations they prove to be essential, like a compass or a lighter; a very simple action such as orienting oneself or getting warmer, can solve a problem or turn into failure. To take these object in their mere functionality and/or bringing them out of their context in the studio, led me to appreciate and enhance them for their epic. Once placed indoor, they are classified and catalogued, and a record of their usage is made. Even the Moleskines are buried (in a remote area and geotagged), to be eventually unearthed by the movement of the soil: a common practice in archeological excavations. Once they are reconnected in space, they entertain a relation and become post-nature fetishes of what remains or of what once was”.[8] Finally, ‘sedimentation’ and ‘re-elaboration’ constitute the last part of the tour, the formal and visual outlining, the echo of a journey, the evidence of an experience. But “this is just mere documentation”, point outs the artist, “the real work is to be in the wild forest”,[9] to feed on ancestral visions, on Wilderness.

[2] On this, one may want to look at A. Delfanti, Biohacker: Scienza aperta e società dell’informazione. Milan: Elèuthera, 2013.

[3] Here, I am partly reusing my paper “Wilderness (in un paese dove la felicità è sposata al silenzio)” published in «northwaychronicle.blogspot.com.tr» (a blog realized by the artist to chronicle the various parts of his journey).