by Anita Calà
in focus, Game Over

Game Over Loading continues its  investigation addressed to preparing the humus for ‘future c(o)ultures’. Today, Salvatore Iaconesi e Oriana Persico (Art is Open Source), talk about themselves and about their research on data. The complicity between them, and between algorithms and art, is entirely projected towards the territory, human relations, and the construction of new habitat models.

Anita Calà: Oriana, Salvatore, who are you exactly? Outside of your research.

Salvatore Iaconesi and Oriana Persico (Art is Open Source): Thank you for asking. We always talk about work and this fact belongs to our tragic contemporary condition, so much so that all our lives are turning into continuous work.

Oriana and Salvatore are two sensitive people who love each other very much and would spend all day cooking, reading in a park or cycling around the city. This re-appropriation of time and this idea of a possible widespread condition of open source privilege are among the things that excite us most.

The first time we spoke, I was particularly struck by your “insatiable desire” to always go further, to never be satisfied with what you have achieved but always seek something that goes beyond it. Did you set yourself firm objectives or is there an inevitable crescendo that happens from time to time?

We’re very chaotic. We’re constantly changing our plans. We’re exposed to the fragility of living beings, as we all are, but on account of Salvatore’s cancer and having by transformed it into an artistic performance, we’ve started a process in which this “bodily knowledge” of fragility becomes a method, an approach. It’s the other aspect of precariousness, which isn’t talked about or explored enough in terms of freedom.

Our research is a critique, but doesn’t complain. 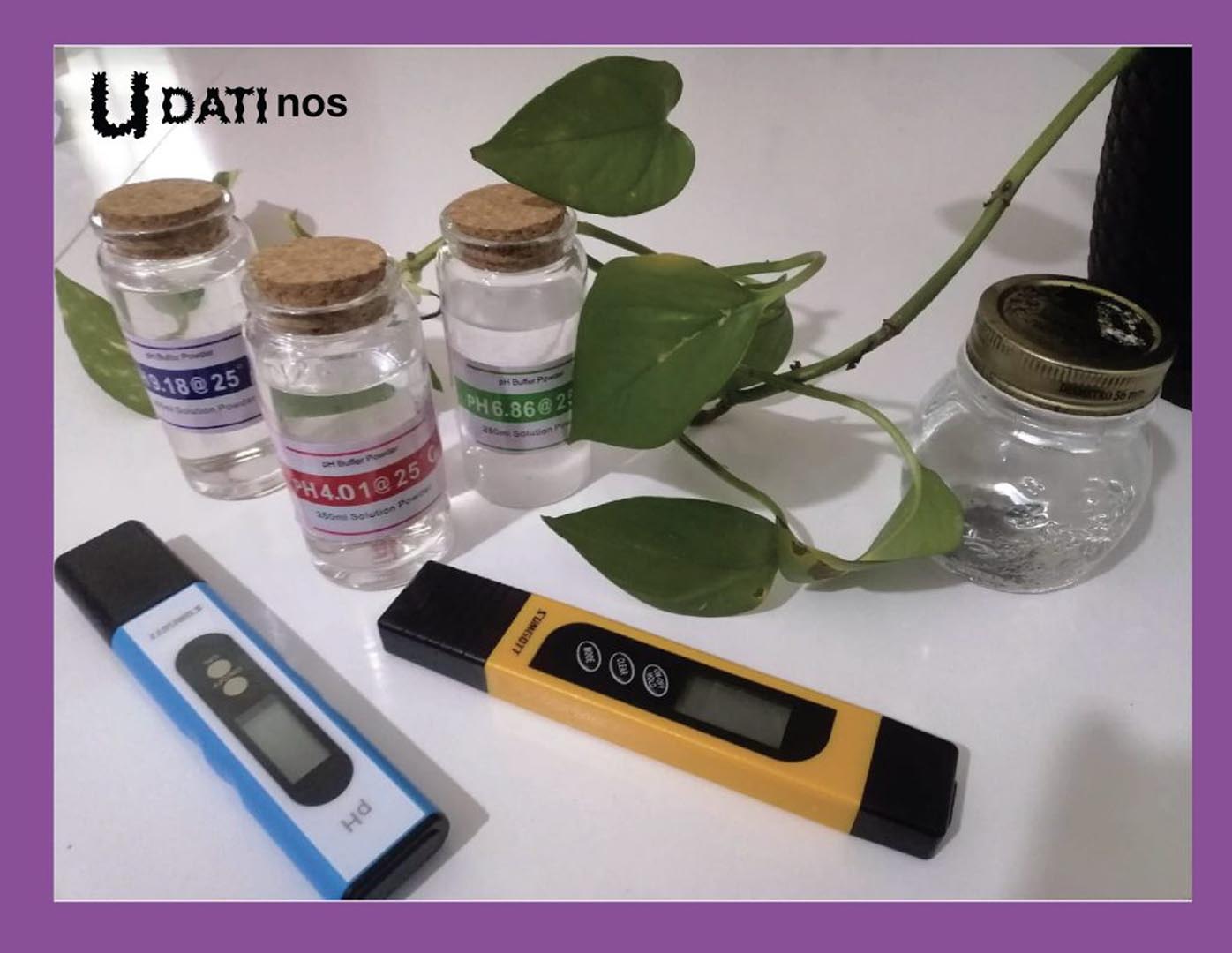 You are both keen observers of human needs and sociological behaviour. You manage to connect and hybridise distant worlds and give them to us in cultured works that go beyond the concept of mere art and aesthetic beauty, such as one of your latest projects, U-DATInos, involving and activating the communities in which it is situated. Can you tell me a bit more about it. And, above all, how do people react to such complex work?

The U-DATInos project in Palermo involves the Ecomuseo Mare Memoria Viva and our research centre, HER: She Loves Data / Nuovo Abitare, through the support of the General Directorate for Contemporary Creativity of the Ministry of Culture, in the Creative Living Labs programme.

It forms part of the work we call datapoietic: the art of data and computation creates opportunities to understand the complex phenomena of our world and involves society.

This time, the complex phenomenon in question is the condition of the Oreto river which, in Palermo, flows right next to the Mare Memoria Viva Ecomuseum. In recent years, the river has been at the centre of environmental and urban planning events, in a complex way, and is currently the focus of activism by citizens and associations, through the Patto di Costa e di Fiume (the Coast and River Pact).

The work built around the project can be seen from many perspectives.

First of all, we built a social role, complete with its rituals: the Water Guardians. The Guardians are practically superheroes: they’re students, citizens, researchers, doctors and activists. We equipped them with simple water-quality measurement sensors and whole rituals emerged consisting of going down to the river to get data. It’s wonderful. We’ve been called right into the river, wearing fishermen’s boots “the PH sensor has gone crazy”, or on top of a bridge with a jar attached to 6 metres of line to collect water from above.

This project, which started before the pandemic, has been completely rethought and a wonderful thing has happened: the ritual of going to the river to get data, even if performed in solitude, generated a deep feeling of doing things together, because all the data ends up in the database and everyone feels they’ve contributed to a common purpose and narrative. Data, as a cold and technical entity, enters our culture, emotions and relationships through “neo-rituality”.

This data then feeds a digital plant, representing a new form of life for us. The data is transformed into sounds and lights emitted by the plant, inspired by the plants actually present along the river. But the exceptional thing is that, if the guardians do not constantly feed the database with data, the plant dies: the sounds and lights gradually fade until they die.

The Eco-museum has also been exemplary in this respect: opening itself up to the fragility of this new form of life and the responsibilities that come with it. In order not to end up with a dead installation in the museum, it must ensure that the relationships underlying the plant’s ability to feed itself are kept alive.

The final launch of the project, with the presentation of the online and physical exhibit, will be a 3-day event running from 29 to 31 April. 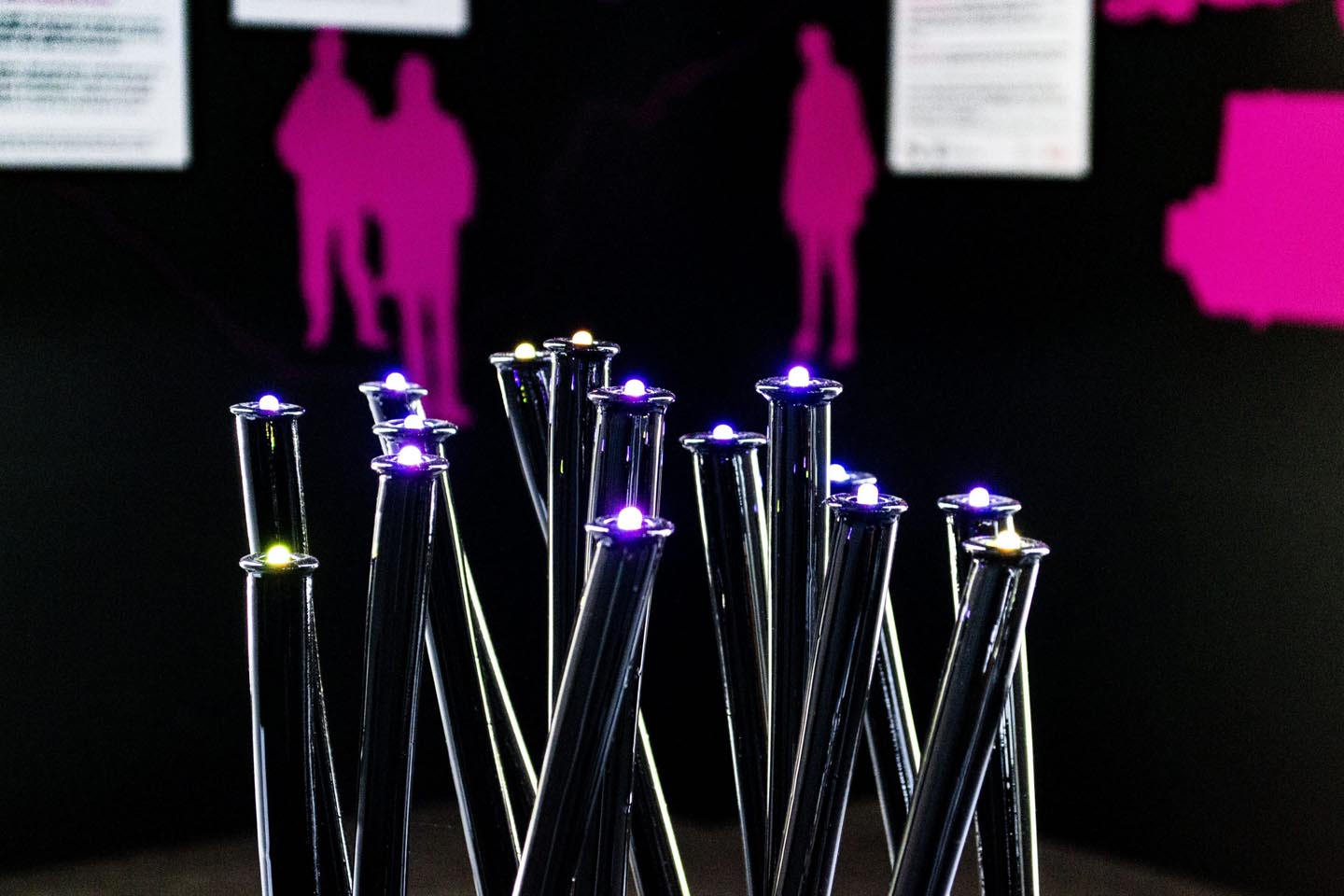 Let’s imagine a game. You have a RESET button in front of you; it gives you the chance to start all over again with all the experience you already have, including both mistakes (so you don’t make them again) and successes.

This is a cruel question! Because, in our case, it’s obvious that the temptation to have another go would be very strong. Just to name one thing: what if, in this other round, Salvatore didn’t have cancer?

These are cruel questions, which it’s better not to think about.

This is life, the one we experience, the one we live, the one we are immersed in. It’s good to live it to the full, taking care of our relationships, building and passing on something, and trying to contribute as much as possible to our own freedom and that of others.

If we told you what we wished for, it wouldn’t come true.

Oriana, Salvatore… but who are you, really?

Salvatore founded AOS back in 2004. He is an artist, a designer and an engineer. He used to be a skater and a raver, and all of these practices, in and out of technology, have in common Salvatore’s main passion: to explore human beings’ degrees of freedom in the contemporary world.

Oriana is a communication scientist, a writer and a cyberecologist. She joined AOS in 2007, when little Angel_F was born.

Together, Salvatore and Oriana have done an incredible number of things. They have created fake institutions with real policies for culture and creativity, transformed Salvatore’s brain cancer into a global performance on the possible transformation of society, invented new rituals and cosmologies for today’s technological hyperconnected world, invented new words and literary genres based on data and artificial intelligences, and many more.

The interview to Salvatore Iaconesi and Oriana Persico  is part of GAME OVER.Loading, a project aimed at researching and studying new “cultural entities”, people, objects or research from different disciplines (physics, bio-robotics, AI, agriculture and medicine) and transporting them into the art world. This is a research project, but also a gesture that goes beyond simple interdisciplinary dialogue, becoming quite radical: a real “transplanting” of research areas aimed at preparing future c(o)ulture, where “creativity” equals “invention” and “invention” equals contributing to a transformation. A spark, a sign of a genetic mutation, a change of direction, a short circuit. A different energy that is also marks a change which is taking place and could constitute new lifeblood for the Culture system. This first phase is an investigative one aimed at visionaries, hybrid thinkers from various fields, including those from the cultural sector, who can express their views on current needs, each in relation to their own disciplinary field while generally respecting culture and society at large. Project team: Anita Calà Founder and Artistic Director of VILLAM | Elena Giulia Rossi, Editorial Director of Arshake | Giulia Pilieci: VILLAM Project Assistant and Press Office; Chiara Bertini: Curator, Coordinator of cultural projects and collaborator of GAME OVER – Future C(o)ulture | Valeria Coratella Project Assistant of GAME OVER – Future C(o)ulture. Previous interviews and interventions: Interview to Primavera De Filippi by Elena Giulia Rossi (Arshake, January 21, 2021); interview by Azzurra Immediato to Leonardo Jaumann (Arshake, 28.01.2021); interview to Valentino Catricalà by Anita Calà and Elena Giulia Rossi (Arshake, 04.02.2021); multiple interview Stefano Cagol to Antonio Lampis, Sarah Rigotti, Tobias Rehberger, Michele Lanzinger, Stefano Cagol (Arshake, 11.02.2021);  interview to Amerigo Mariotti by Azzurra Immediato (Arshake, 25.02.2021);Andrea Concas’s video intervention (Arshake, 18.02.2021); Interview to Peter Greenway by Stefano Cagol (Arshake, 04.03.2021), Intervento di Giulio Alvigini, Bye Bye Boomer, Game Over Art World (Arshake, 11.03.2021); Interview to Ken Goldberg by Elena Giulia Rossi (Arshake, 18.03.2021); Intervention of Eduardo Rossi, invited by Chiara Bertini (Arshake, 25.03.2021); interview to Anuar Arebi by Azzurra Immediato (Arshake, 31.03.2021); Interview to Giovanni Gardinale by Valeria Coratella (Arshake, 15.04.2021);Interview to Luca Gamberini (Arshake, 22.04.2021;Interview to Lorenzo Piombo (Arshake, 29.04.2021).