by Anita Calà
in focus, Game Over

Anita Calà: Before talking about your research, hybrids, future and visions, I would like to know a bit more about you.Francesca, can you tell me something about Federico? Federico, who is Francesca?

Francesca Disconzi: Federico and I are a bit like Sandra and Raimondo Vianello. We were both born under the sign of Pisces, but I think the big difference is to be found in our ascendants: I’m Scorpio, he’s Cancer, that is – and I don’t want to offend anyone who is Cancer – paranoid and in some ways hard going. Having said that, he’s my best friend and we’ve put up with each other for 11 years. Without him I wouldn’t have achieved anything in this field, because it’s a job where you have to have the right allies.

Federico Palumbo: Francesca is my nemesis. But I very much share the alchemist’s way of thinking: opposites actually balance each other and allow the Being to truly emerge. In our case, the thing which is most evident is the insults and then the compromises that – coming once from one side and then from the other – filter the final decision. Fra mentioned Sandra and Raimondo. I would like to mention another couple (more in tune with my background): Mancini – Vialli, the goal-scoring twins. 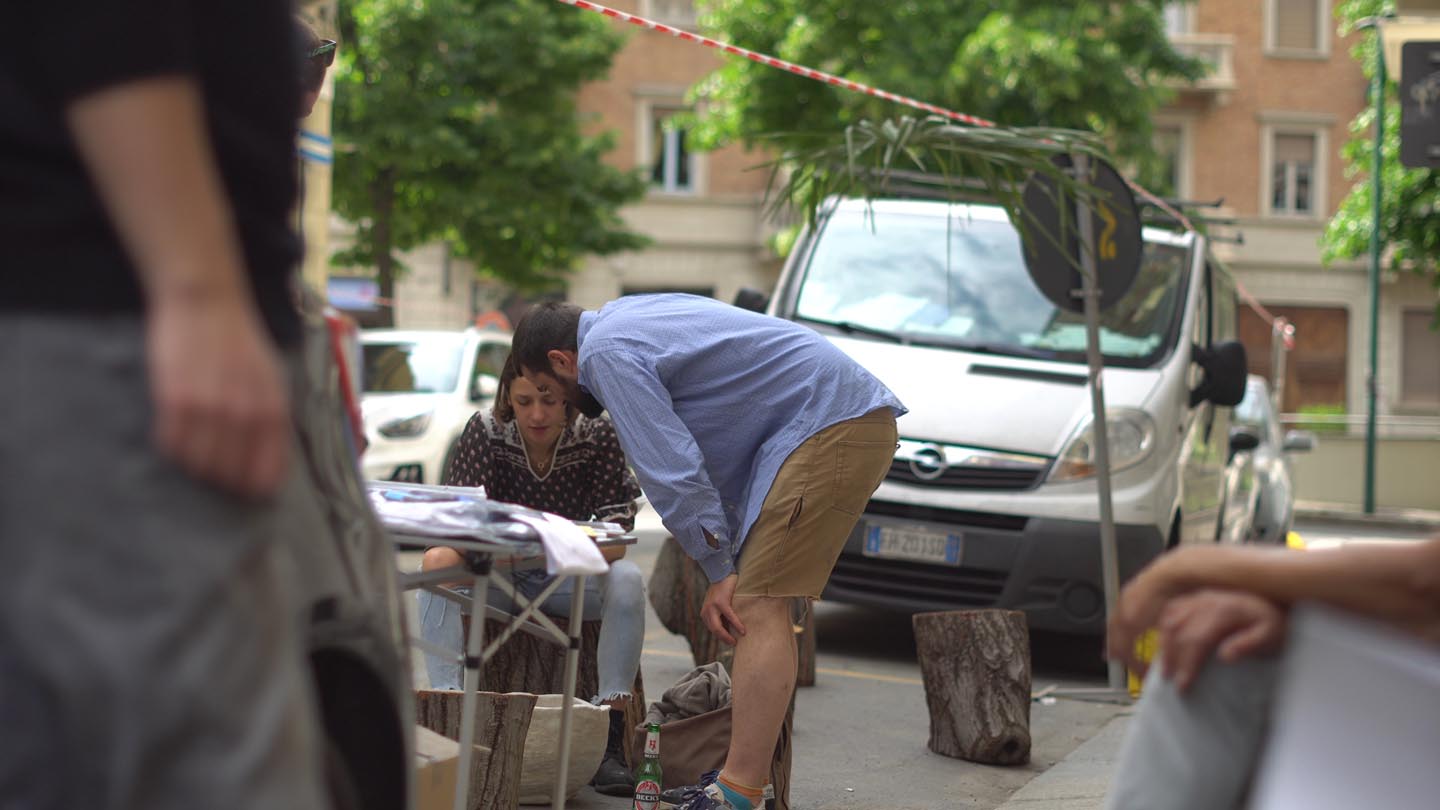 You are the parents of Osservatorio Futura and, like all children, they are either planned in advance or born out of the blue with no thought given to love or the enthusiasm of passion

…how was this (successful) creature conceived?

Deliberately, without precautions. It was born out of our being proletarians! (laugh) Every time we met at the Academy, where we both did our three-year degree in Art Education, we wondered how we could make it in the art field and earn a living. Obviously these two things didn’t happen, but we’re carving out a small niche that – notoriously – young people find hard to obtain for themselves, at least in Italy.

Then, without the invaluable help of Matteo Gari, Virginia Valle, Francesca Vitale and Lidia Flamia, as well as all the other people who continue to contribute actively to the project, Osservatorio Futura would not have come into being. 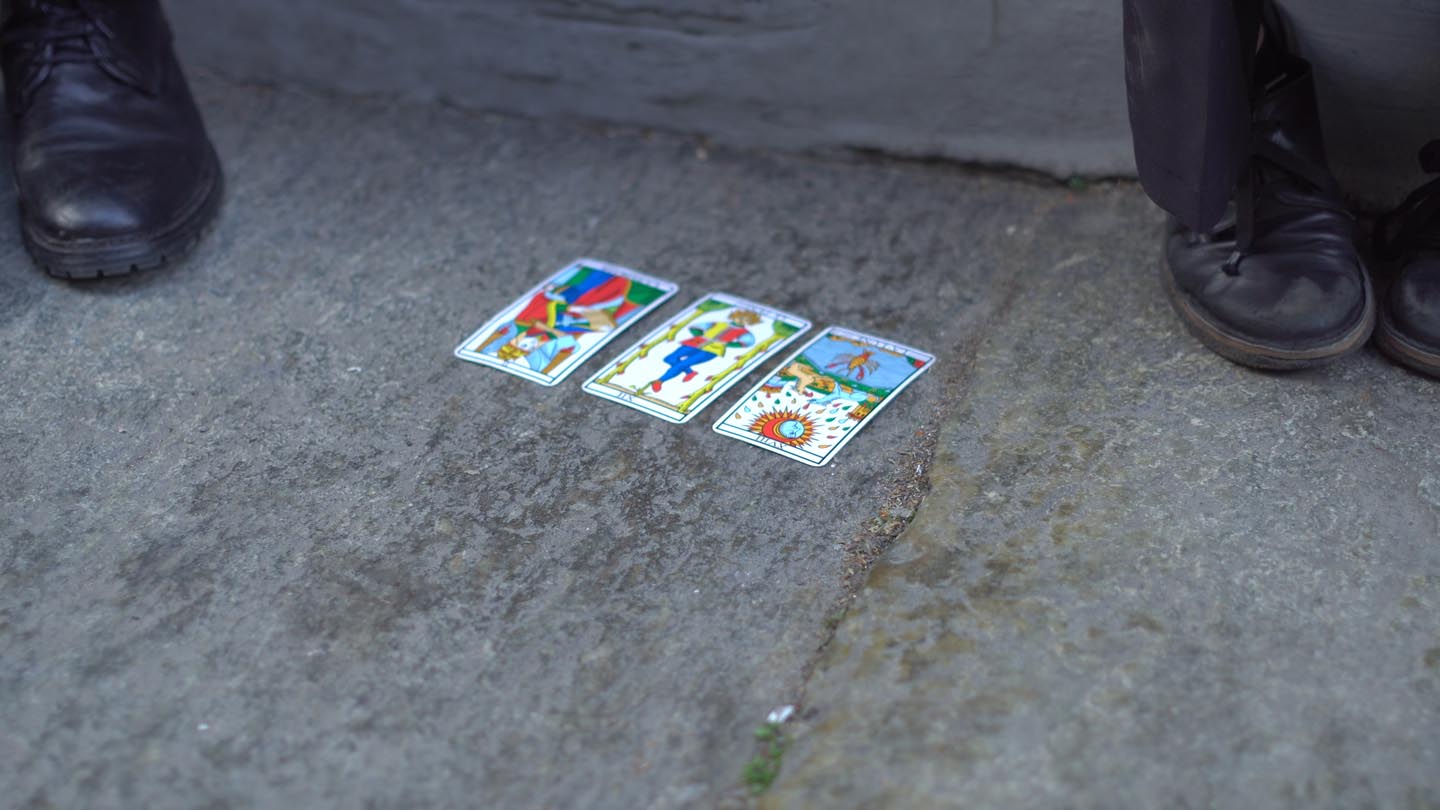 I often read the word “hybrid” in your texts. Who does this figure represent in your view?

“Hybridizations” is also the name of one of our columns. For us, hybridisation means acknowledging the transversality of languages and disciplines but also hybridising with other realities such as ours or those diametrically opposed to them.

We simply aspire to this figure: a young person who has completed an education suitable for the job he or she wants to do, therefore financially satisfied and adequately remunerated and, most importantly, who can say what he or she wants without being censored. Hybridisation comes naturally: it’s about being aware of the complexity of the world, which is no small thing!

In a courageous and skilful way, as soon as the lockdown was over, on 4 May you opened your new space in Turin with the exhibition “We Invited Some Artists Into the Space” where you invited a whole load of artists and involved many different figures. The event was a huge success. Can you tell me something about it?

Francesca: I came home and said to my fiancé: OK, now I’ve done this I can die! Then I couldn’t close my eyes because of the adrenaline rush.

It was incredibly satisfying to see so many people and it made us realise that our gamble, the challenge of bringing community centres back to the city centre, had been successful. I said to myself: “We still don’t have a penny, but it’s confirmation that we need this energy to live!”

Federico: Being the anxious person that I am, I immediately thought: “How are we going to maintain this rhythm? What exhibitions do we have up our sleeve to repay the expectations that people now – and rightly so – have of us?” Luckily, we are the ones who decide what to do in our space. At the most, we’ll only have ourselves to blame!

We invited a number of artists to the Space> and I think it had the great advantage of not being a gallery show despite the quality of the works on display, which could have moved us in that direction. We have relied on buzzwords that have fallen out of use in recent (dark) times: sharing, alliance, cultural aggregation and not giving a f***. And it was good because it all came together.

More than a good exhibition, it was a great party. The next one will probably be more “thought-out” because you always have to indulge the double spirit within. 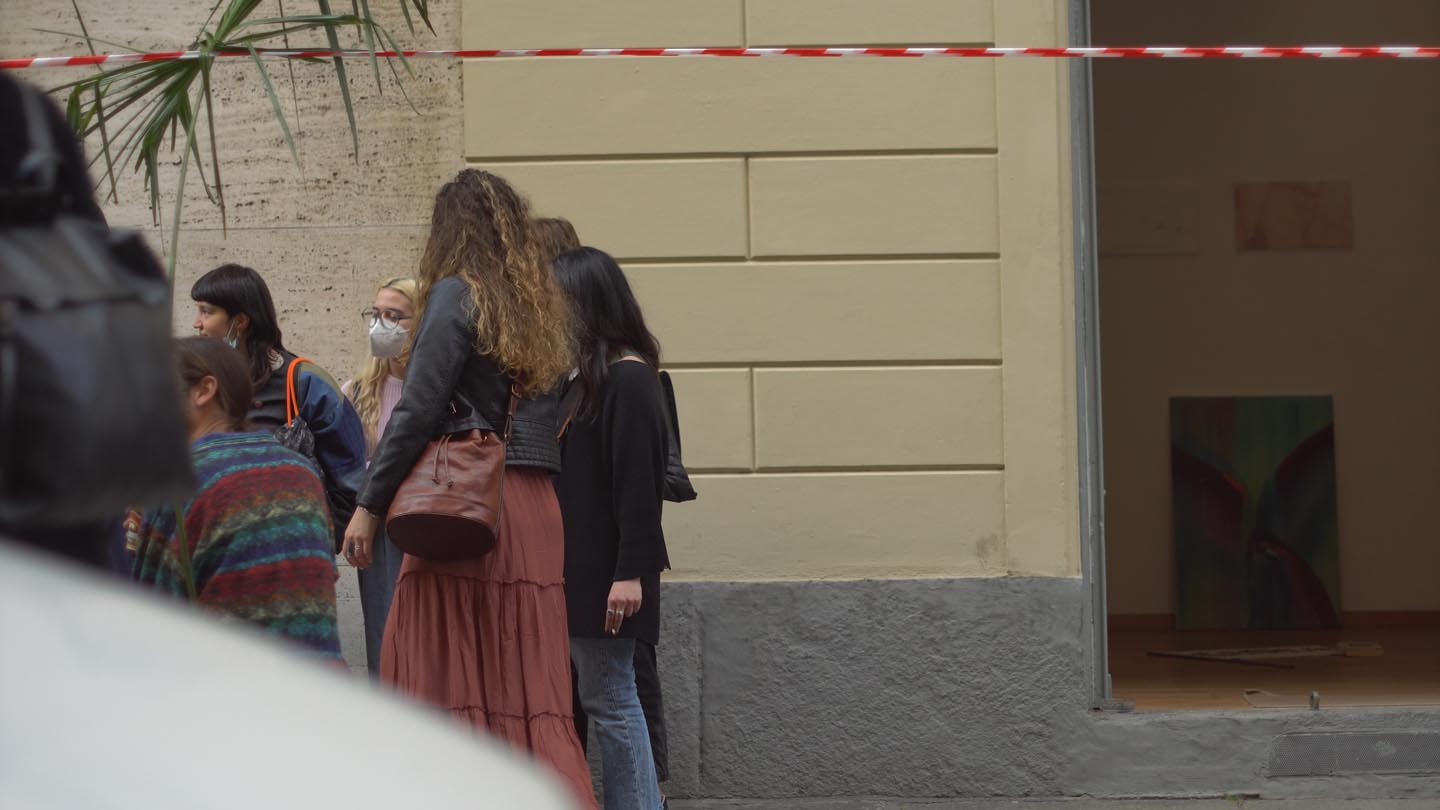 What I personally believe about talent is that it is not enough just to study and be good. You can recognise the people at the top by the way they make their ideas feasible, their ability to network and the way they involve people, making their work open to new developments also dictated by what is unknown.

You represent this new generation of real talent, well-prepared and ready to evolve. How do you see yourselves in 10 years’ time? (feel free to exaggerate! Dream big)

Francesca: Maybe you’re too kind (laughs). I personally believe that what makes the difference is the willingness to work hard and always act with maximum professionalism, but also and above all – as you say – the authenticity of things. Let me explain: the art world is an unbearable elite where people who have money talk about useless things with expensive clothes. I hate the fact that people who don’t belong in the industry put their hands in front of them and say, “I don’t understand anything about it”. What is there to understand? As far a I’m concerned, a winning work means bringing art back to the truth of things and out of boring intellectual salons.

In fact, in 10 years’ time I would like to be in a position to be more of an activist, perhaps curating exhibitions in social centres.

Federico: In ten years’ time, I see myself as a salesman at Zara, like I was during university to pay for my studies. But this time it would be to maintain the space of Osservatorio Futura and be able to send the works of my trusted artists to the Italian Pavilion that I’d curate without being paid.

Francesca: When I’m 60, I hope to live in a farmhouse surrounded by nature, with a vegetable garden and lots of animals. In short, I would like to be a middle-aged woman who can devote herself to things like yoga and meditation.

Federico: When I’m 60, I hope to be teaching at the Academy and be an established curator just so as not pay my student assistants like they did with me (laughs).

Alternatively: kept by my wife, able to go to the market every morning and have time to write for Artribune in the afternoon, surrounded by my three cats. Still not paid.

The interview by Anita Calà to Francesca Disconzi and Federico Palumbo  is part of GAME OVER.Loading, a project aimed at researching and studying new “cultural entities”, people, objects or research from different disciplines (physics, bio-robotics, AI, agriculture and medicine) and transporting them into the art world. This is a research project, but also a gesture that goes beyond simple interdisciplinary dialogue, becoming quite radical: a real “transplanting” of research areas aimed at preparing future c(o)ulture, where “creativity” equals “invention” and “invention” equals contributing to a transformation. A spark, a sign of a genetic mutation, a change of direction, a short circuit. A different energy that is also marks a change which is taking place and could constitute new lifeblood for the Culture system. This first phase is an investigative one aimed at visionaries, hybrid thinkers from various fields, including those from the cultural sector, who can express their views on current needs, each in relation to their own disciplinary field while generally respecting culture and society at large. Project team: Anita Calà Founder and Artistic Director of VILLAM | Elena Giulia Rossi, Editorial Director of Arshake | Giulia Pilieci: VILLAM Project Assistant and Press Office; Chiara Bertini: Curator, Coordinator of cultural projects and collaborator of GAME OVER – Future C(o)ulture | Valeria Coratella Project Assistant of GAME OVER – Future C(o)ulture.